The sun has been shining all day and it looks like a lot of the Notts Birding FB Group have been in the field.

After some concerted desk tidying and filing, I do a brief mid afternoon vis-mig in the garden, but it's clear there's nothing doing, apart from a local Pied Wagtail doing the rounds.  However, as I sip my coffee, six Blackbirds descend on the garden and a nice male perches up in my cherry tree.

By half past three I decide to go back out to check the pre roost flight of gulls, which assemble on the nearby playing fields.  I'm hoping to get a Great Black-backed, which has yet to make its way on the year list.  There's a precession of Herring Gulls, a few heading straight through, while others wheel round and ditch down on the fields.

I can hear lots of long calls of Lesser Black-backed Gulls and there's a big push as a lot of birds are flying over and just to the east of the garden.  Suddenly I see a bird with the naked eye, about 200 metres away that immediately grabs my attention.  Through the bins I can see that it's a Yellow-legged Gull.  I watch it as it glides through and just manage to scramble my camera in time to get one record shot.  A good ending to a great day. 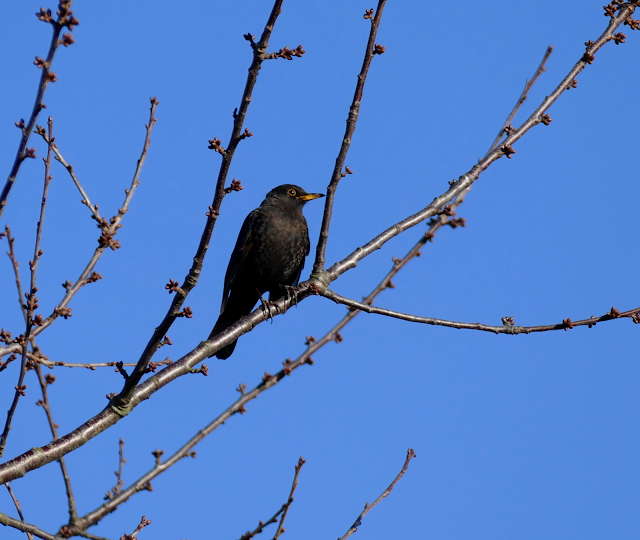 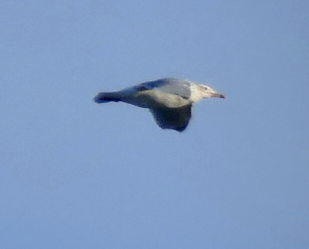