It's train time again and I set off with the idea of arriving at Burton Joyce to catch stuff post roost, moving through the Trent Valley.  On the Trent between the village and the Ferry Boat Inn, I have a nice party of 10 Goldeneye, including six drakes that are throwing their heads back to the uninterested females.  It's scarcely light (20 minutes before sunrise) but I chance a very fuzzy record shot, as the birds are quite close. 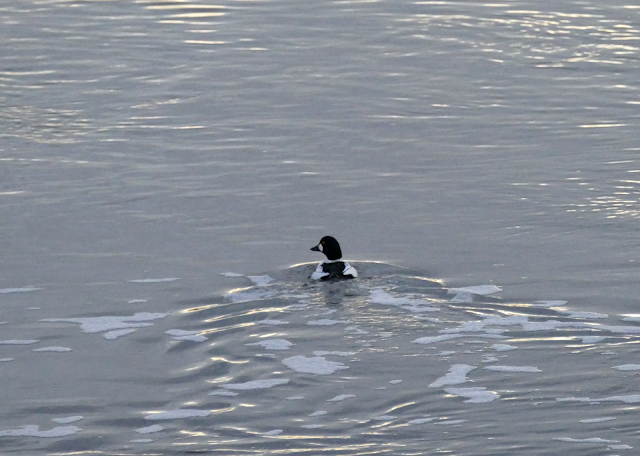 I contemplate waiting an hour for the light to improve, and my hesitation pays dividends as a Pink-footed Goose flies over with a skein of Greylags and I opt to move on, negotiating Stoke village and then traversing the fields to Netherfield Lagoons.

The year ticks keep coming as I get a male Pheasant and see a Little Egret in the field by the Ouse Dyke.  The light is still appalling (what happened to these promised clear skies - Met Office?!) 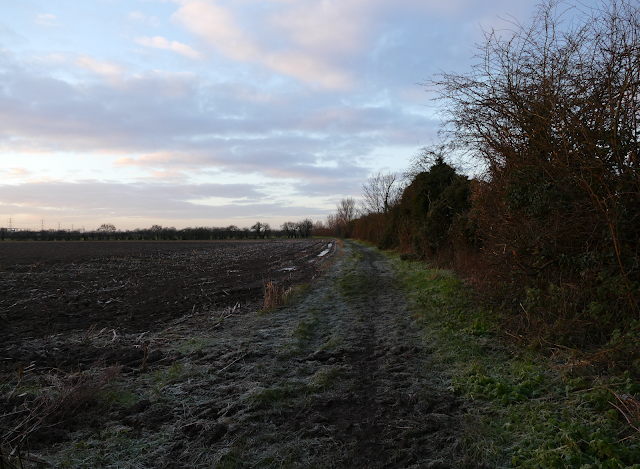 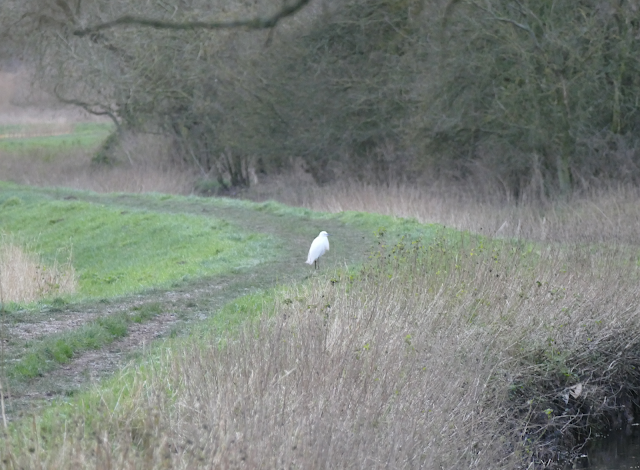 I walk up the bank listening for the 'ping ping' of Bearded Tit, but no joy.  However, Water Rail are in good voice as are Reed Bunting.  I bump into Peter Smith, who points to the best spot for the Beardies and shares some local gen, but it's a dip.  I take a photo of the reed bed (it's about 10 acres worth, so no wonder they're elusive) and head back to civilization. 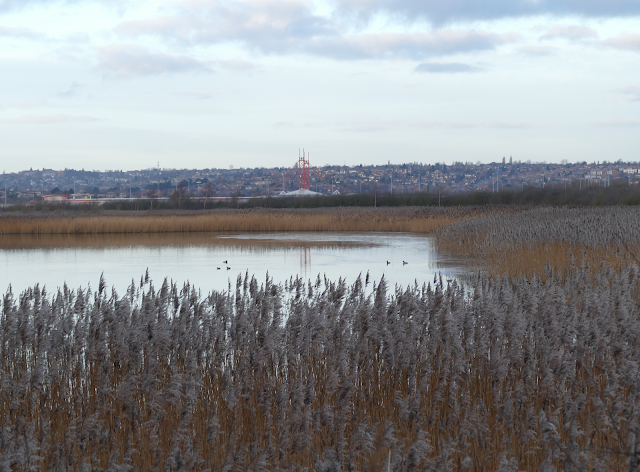 There's a Bearded Tit in there somewhere!

I get Kestrel on the walk back to the car auctions and summon a taxi to take me to the railway station, where I grab a much needed breakfast of chicken and chorizo panino, which I figure I've earned after my three mile yomp earlier.

I board the tram and take it to the terminus at Clifton, and just hop on the bus to Barton-in-Fabis before it pulls away.  I'm dumped by the church, where as luck would have it, I see Laurence Archibald, and we have superb views of a pair of Stonechats by the pond adjacent to the main road.

There's plenty of Linnets, stacks of a Long-tailed Tits and Goldfinch but alas no Corn Buntings. 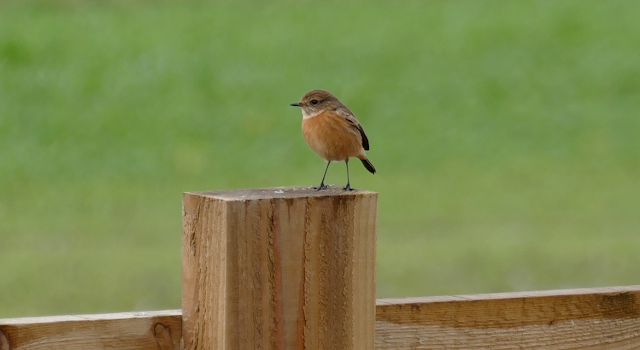 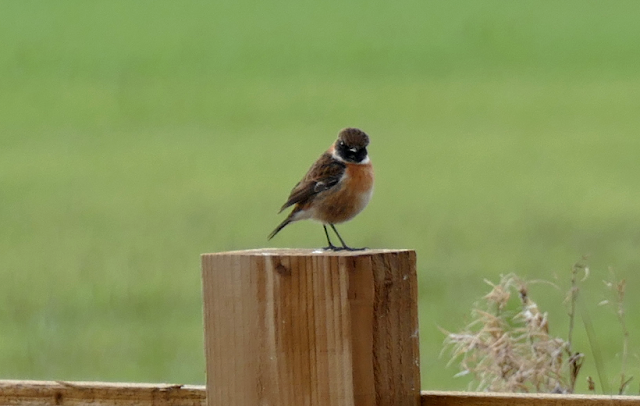 We go round the other side of Clifton and explore the farmland around Barton Lane, but apart from some Fieldfares it's all a bit sterile.  Laurence has to meet his wife and daughter and drops me off at the tram stop on Wilford Lane.  I go to check the Peregrines in town but nothing's doing, so I finish the afternoon with a chocolate orange gateaux and coffee in John Lewis.