It's a Saturday morning and I'm on the Sherwood Arrow again, heading north in the hope of knocking off a few embarrassing omissions to the year list.

It's a cold, breezy morning, but the skies are clearing as I head up the A614.  Rain has created some nice puddles in the pig fields between Farnsfield and Bilsthorpe. There's plenty of Black-headed and Common Gulls loafing in the fields, as well as stacks of Rook and there you go-  Lapwing!  I've somehow almost got to the end of the month without getting 'em on the list.

After 20 minutes, I'm dropped off in the turning circle at Sherwood Forest Visitor Centre.  It's 09:15 and I almost have the place to myself, which is the best way to check out the feeders before they're inundated with noisy children and inconsiderate adults.

Before I get to the first feeder, I hear the unmistakable yelp of Pink-footed Geese and I wait, as the calls get louder, and I get a nice flight shot of 20 odd birds moving south west. 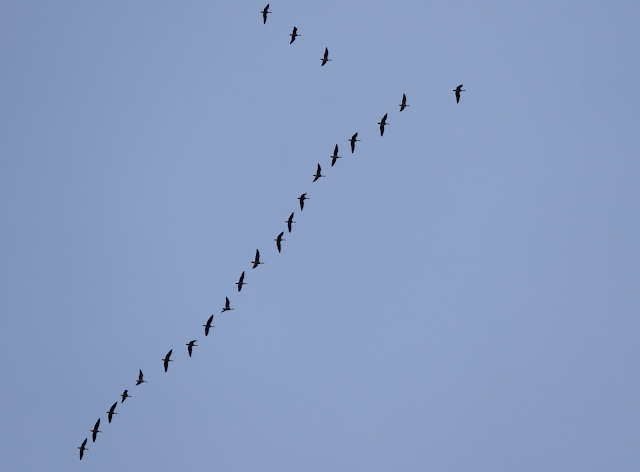 
The feeders are well stocked and the standard species are taking advantage of the coconuts and seed-covered tables.  I soon get the next year tick and it's another tarty one, in the shape of Stock Dove, which are coo-ooing from the dead trees.  A Robin perches up nicely and then I set about photographing the tits. 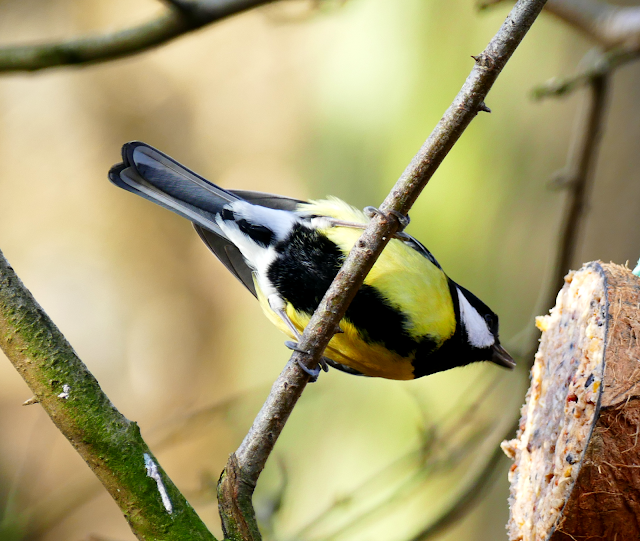 I continue into the forest and reach the somewhat pitiful-looking Major Oak.  Straight away I hear the 'Pitchoo chaa-chaa' of a Marsh Tit, and I see another one further along, but I don't get  close enough for a photo. The same can't be said of Coal Tit, which deeper in to the forest are abundant, with a minimum of 10 birds around a single feeding station.  However, I get a decent photo without 'cheating.' 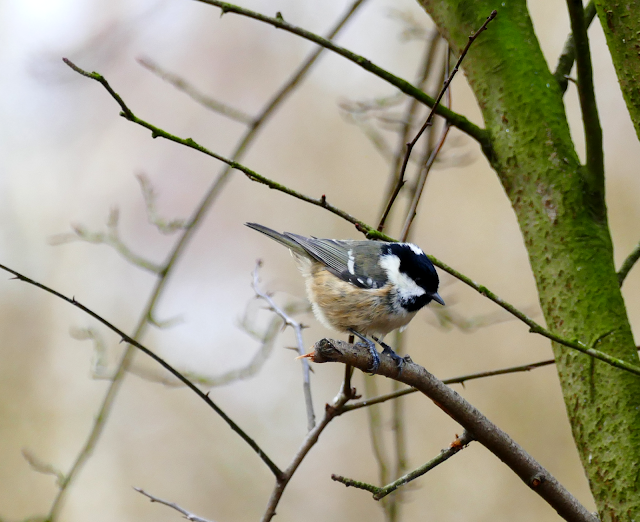 The third table is by the turning to Budby and as I watch the feeder, it's visited by both Nuthatch and Long-tailed Tit.  The latter are fidgety, nervous birds and I just about manage a decent record shot. 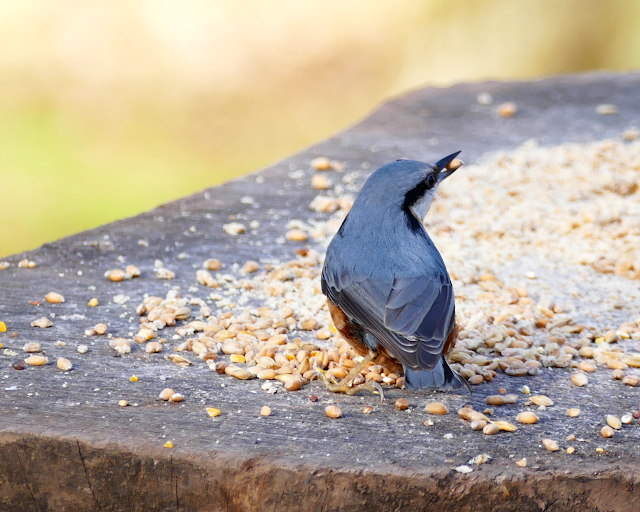 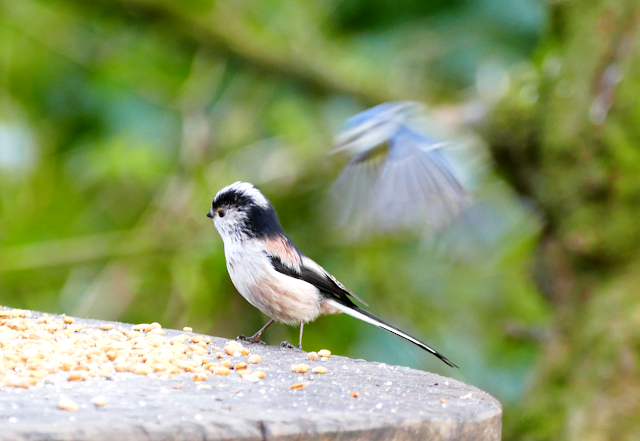 I have a good old ramble and get two more year ticks, with Jay and Sky Lark and I also see a Common Buzzard on the way back to the visitor centre.  I have a very enjoyable filter coffee and wait for my bus back to Nottingham.