Given the forecast I was planning to do a chunk of the 2014 Annual Report and maybe have a potter around noon, when there is meant to be a window of clement weather.  I'm just starting Willow Tit and the sun is pouring through the window.  I've been waiting for some proper sunshine for weeks and discontent with dodgy record shots of the local Common Gulls, was intent on getting a nice flight shot.

I'm booted in two minutes with the camera newly charged and I'm out.  The newly created Hadden Park pool has been getting quite a few nice gulls in the pre-Christmas period and today doesn't disappoint, with several birds bathing and others chasing around skua style, the Carrion Crows in on the battle.  I get a few action shots and then focus in on a particularly smart adult Common Gull, which shows all the plumage details in the perfect light. 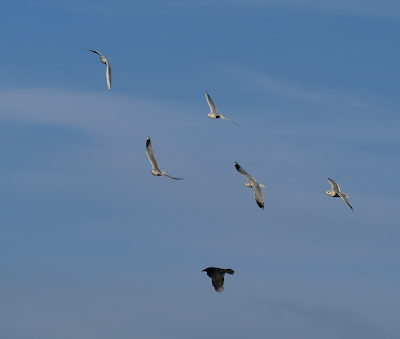 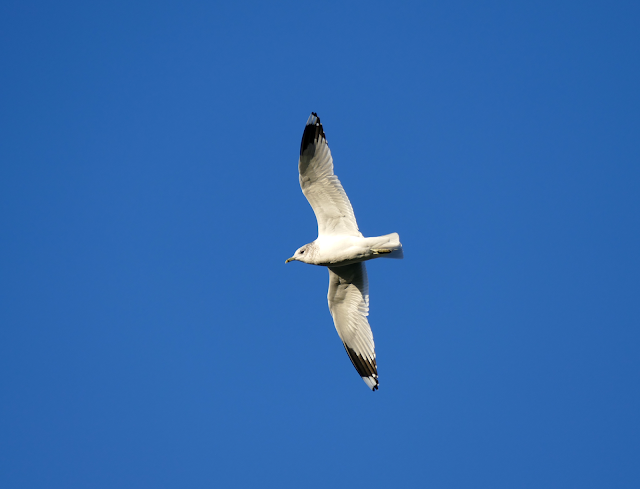 I move on, checking out the Pied Wagtails that are bathing in the puddles by the boxing club, but don't manage anything but semi-sharp images in the shade.  I divert my attention to some Lesser Black-backed Gulls, which begin to patrol the abandoned tennis courts.  A few are perched on the flood lights, but they take off and I get a number of decent shots, including one of a nice adult with its wings in the forward beat, which shows the primaries nicely.  I'm on the lookout for a Great Black-backed Gull, always the rarest of the five here, but no joy. 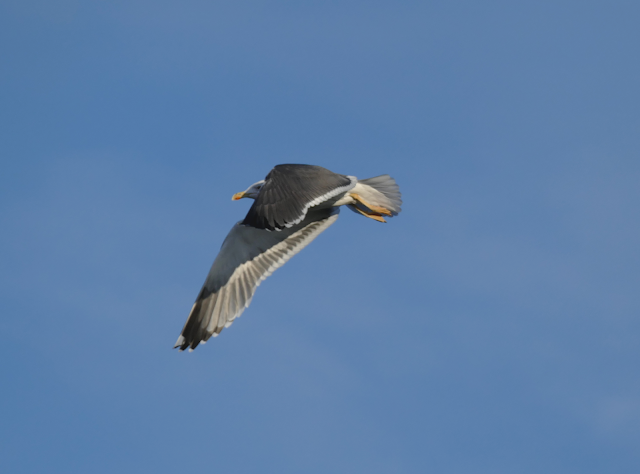 Being more wary, the Herring Gulls tend to concentrate on the playing fields adjacent to the Bluecoat Academy - the third incarnation of the formerly failed schools of Glaisdale Comprehensive, and Hadden Park High.  The fields are double fenced for some reason and this is the best spot for Yellow-legged Gull in the late summer and early autumn.  Initially the birds are loafing distantly on the grass and the goal posts, but at length they take flight and I get a half decent shot of a Herring Gull, overhead. 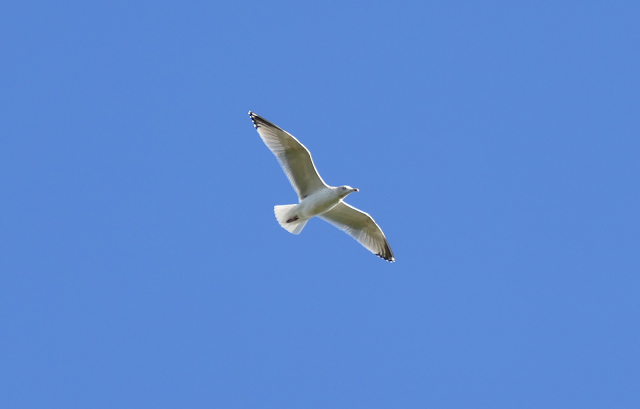 I make my way back through the park, with the idea of giving the Pied Wagtails another go, as the sun had moved to a more advantageous position.  I have a go but they're flushed by a dog walker, so I decide to pack in and go for the Sunday papers.  As I'm walking down the main road, a Pied Wagtail perches up in tree below the school at close quarters.  I get one shot, but I'm not quite back to the light.  Just as I prepare to get a stonking image, some tosser drives by and sounds his horn, scaring the bird off.  Cheers mate! 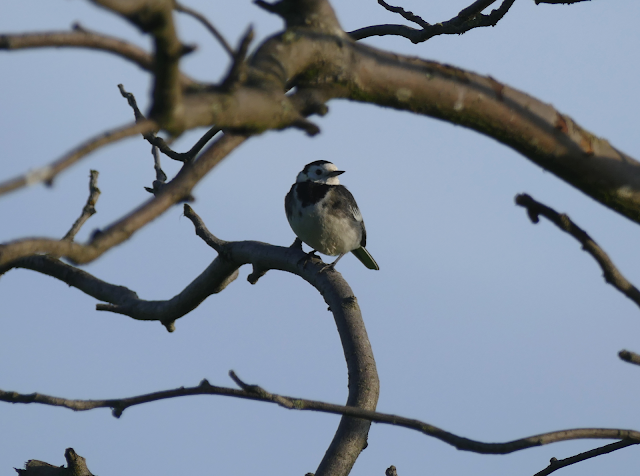 So that would have been that, but just as I'm about to turn the corner up Grayland's Road, something catches my peripheral vision or it's sixth sense, I don't know.  I look up and see a Raven circling overhead!  I've not switched off my camera and reel off a few record shots of this spectacular bird.  Now that's a species I hadn't banked on for the year list! 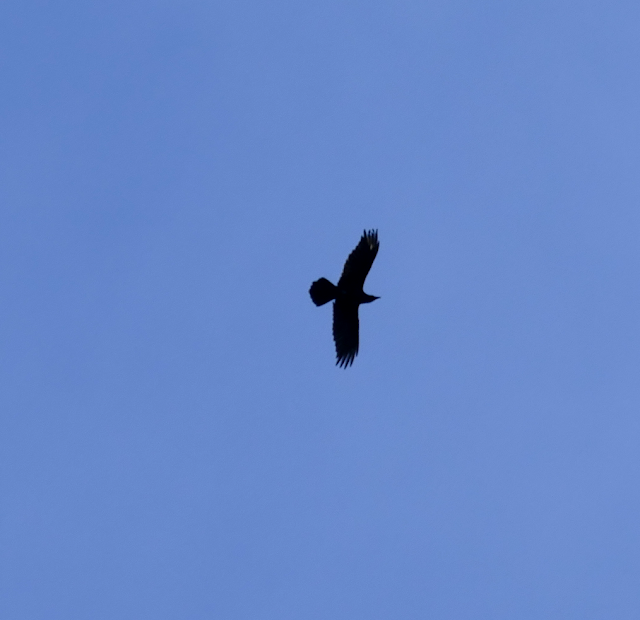