Local Birding in November - fog, cloud, drizzle and a bit of sunshine

The shorter days of autumn after the clocks went back were characterized by dull and often damp weekends, with most of the sunshine confined to the week, when frustratingly I was in the office at home.

The 7th November began with dense fog, and I walked through Wollaton Park without seeing a bird. The forecast promised clear skies by 11am, but this unsurprisingly was not the case and continuing through the university, I decided to head for Attenborough Nature reserve, taking a taxi from Beeston. It was still foggy when I arrived at the reserve, so continued to the visitor centre for a coffee.

The fog cleared at 1pm, not gradually, but it just lifted as though a veil had been drawn away from the air.

A drake Eurasian Teal was swimming at close quarters on Church Pond and Lapwing were putting on a show in what was now lovely light. 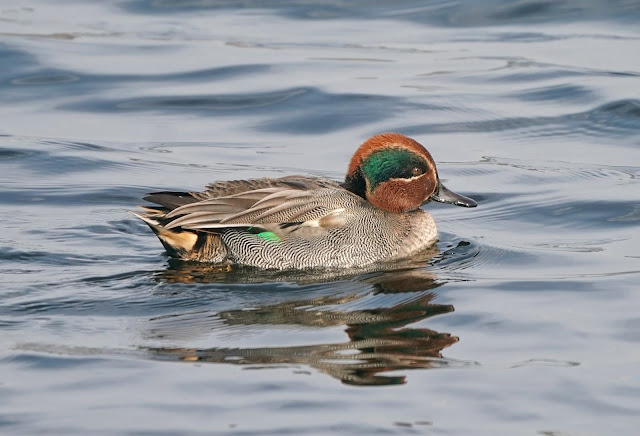 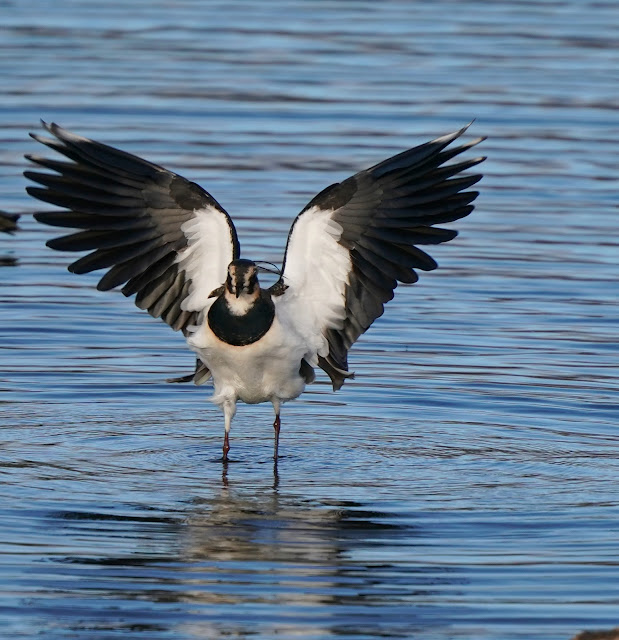 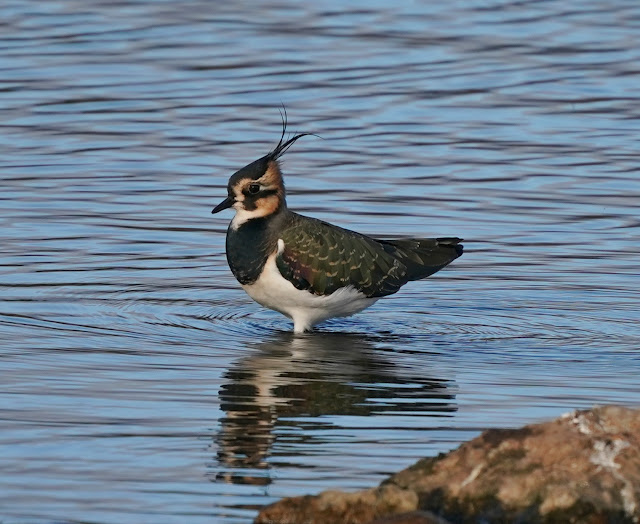 Lapwing
Hearing of a pair of Stonechat that had been showing well on the Derbyshire border near the railway line, I had a five minute walk to the little corner of the marina, where the lake has an overgrown area of teasle and other seed-bearing plants in a marshy bit. I immediately located the Stonechats. Both the male and female performed remarkably well, the male approaching to within a few metres. 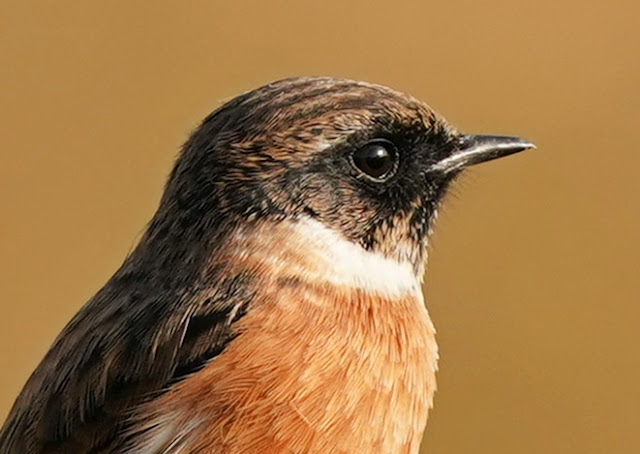 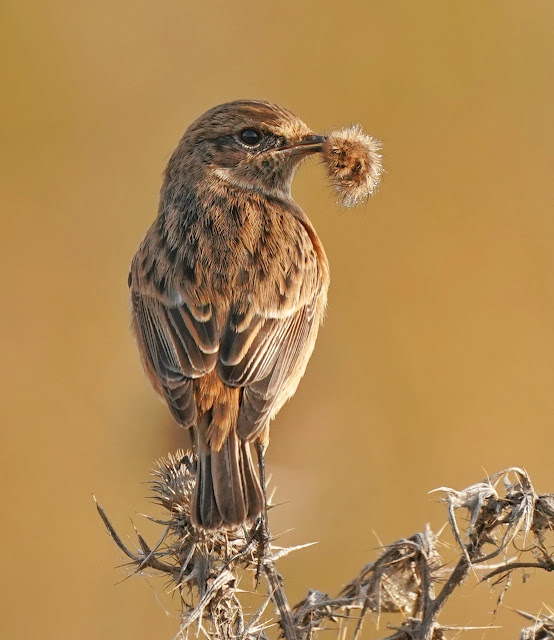 Stonechats
I walked back to the village via Church pond and snapped a Goldcrest on the way. The bird played hide and seek for a while but eventually perched out in a nice pose in the last flush of afternoon light. 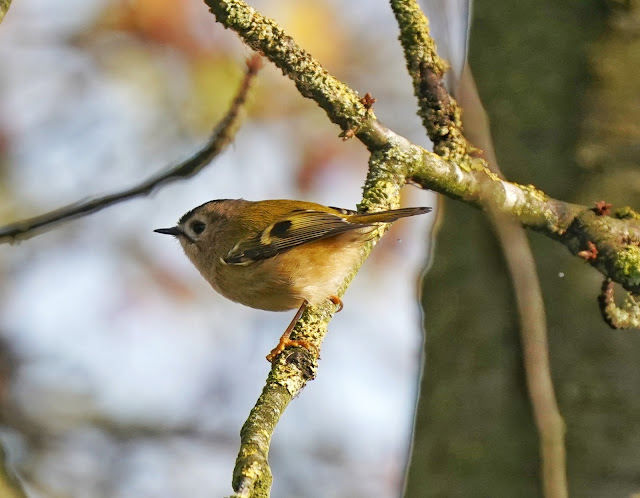 Having a medical commitment with my Mother after lunch on 10th November, I was left with the remainder of the afternoon to myself, and opted to check out Highfields Lake as it was about the time that the first Goosanders should be turning up. I was right on cue, and sitting by the lake side managed to get a male close to the bank and also captured him mid flap. I really like that image. 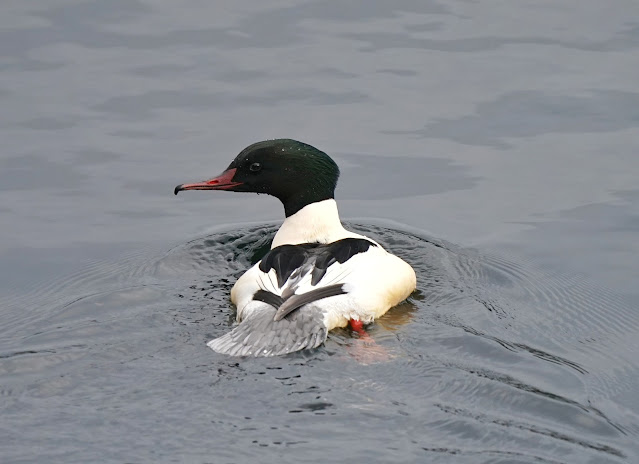 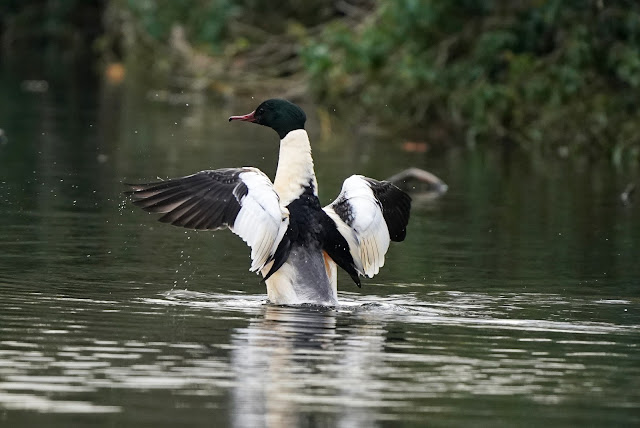 Goosander
Friday 13th November turned out to be reasonably lucky. I had tried umpteen times to get decent views of a Great White Egret at Attenborough. As I was chatting to Simon Roberts, two birds flew over from the south and circled the reedbed on Church pond, before settling out of site. However, one bird then got up and proceeded to give us a close fly past. Great stuff!  A walk along Tween Pond produced an approachable Common Gull. 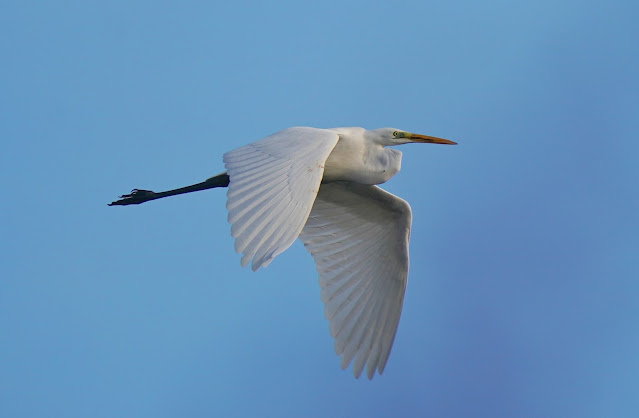 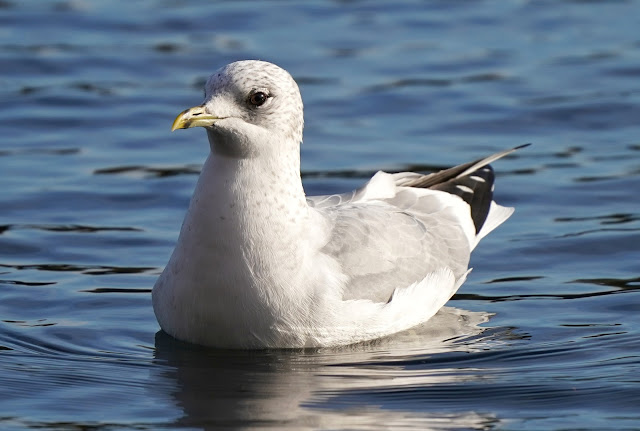 Common Gull
Snatching what little sunshine there was became quite tricky, and this paid off with a walk to my local pond in Wollaton where some Goosanders briefly took up residence, occasionally coming ridiculously close. Word has it, that there were up to 11 birds over a few days but the one time I saw a drake, it was at the back of the pond in atrocious light. 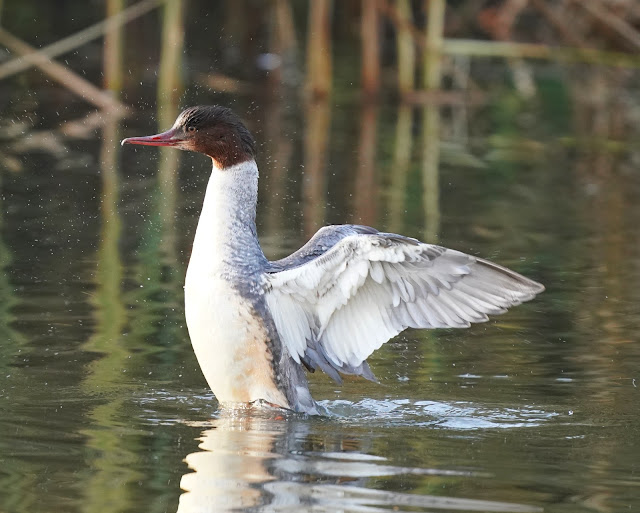 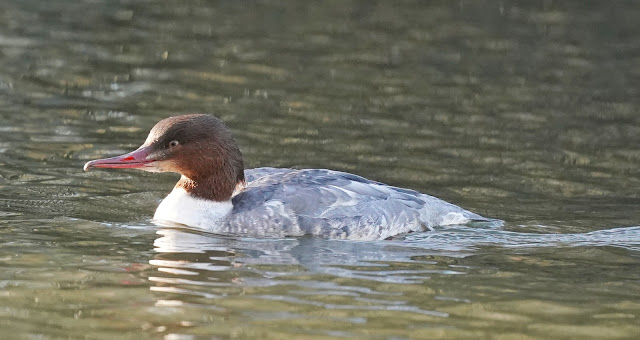 Goosander (female)
A few parties of Common Crossbills had been noted on Budby South Forest in the middle of November, so I set off on the 21st and tried my luck. It was very dull, with just a little watery sunshine leaking through. However, after a bit of a run around I got some passable shots. There's something very absorbing and rewarding about crossbills - I rank them among my favourite birds. I'll get a shot of one at a puddle one day. 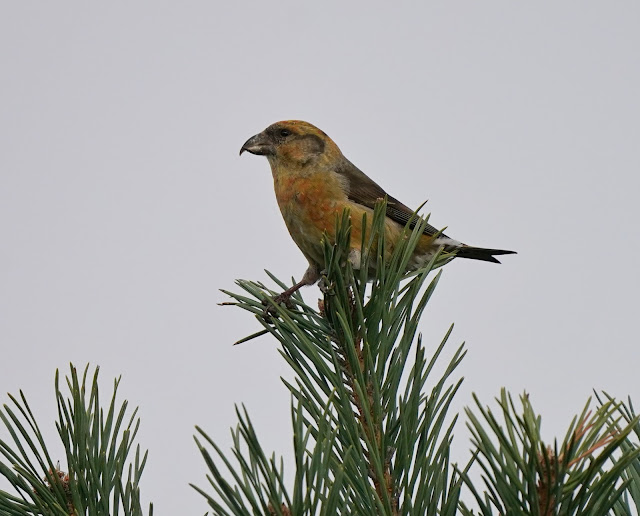 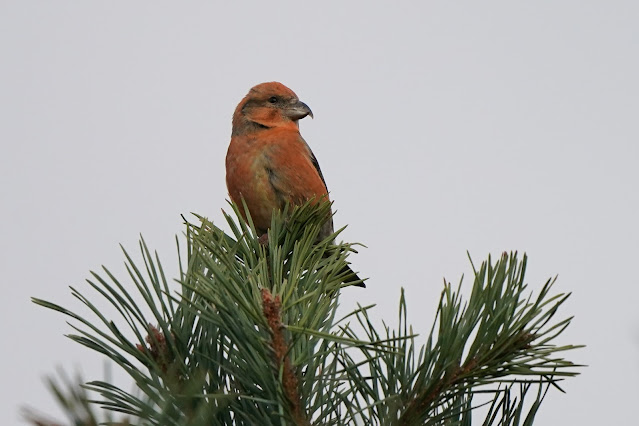 We dropped in at Rufford Park on the way back, which was like Skegness, with the World and his wife there. A few Goosanders were playing hard to get but I did manage a nice fly-by of a redhead. 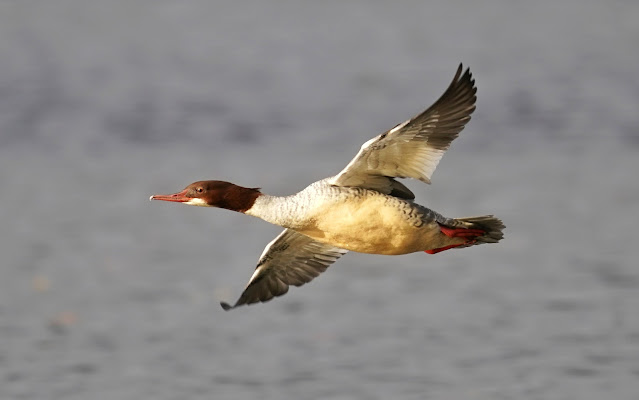