A day in Derbyshire

The first sunny day - well not predominantly dull - on a weekend, looked like a good chance to get out to Derbyshire before the Christmas break in the hope of photographing a Dipper. It had rained torrentially in the night and arriving at the spot, the river Dove was a torrent. Undeterred, I set off along the footpath, snapping a Mallard and a Grey Heron along the way.  I had progressed for a good half a mile without seeing a Dipper and this was a stretch that I had been told they were nailed on.

It occurred to me that all the little stones where Dippers liked to perch were under water. I was pondering on whether to turn back and look upstream when movement caught my eye and with the naked eye I saw a flash of white, blinking against the rushing water. I looked through the bins and sure enough a Dipper was bobbing on a moss-covered log on the other side of the river.

I edged towards the edge of the water, but couldn't get in a perfect position and struggled a little with the exposure, the bird in full sun. But I guess that's nit-picking. 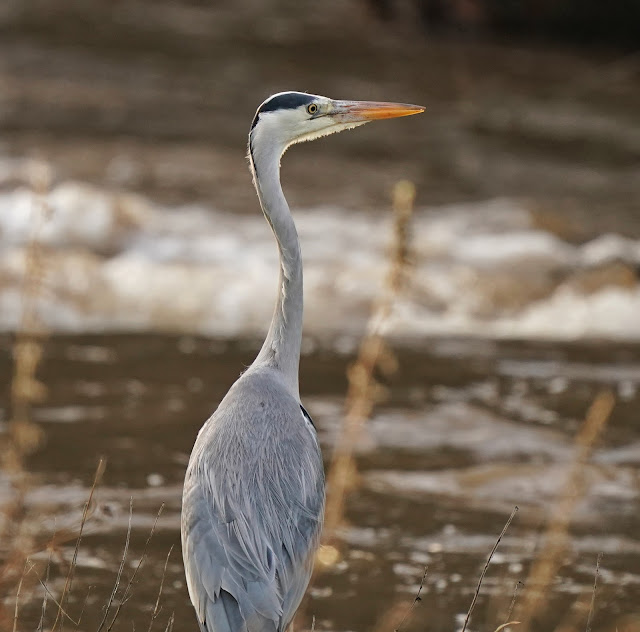 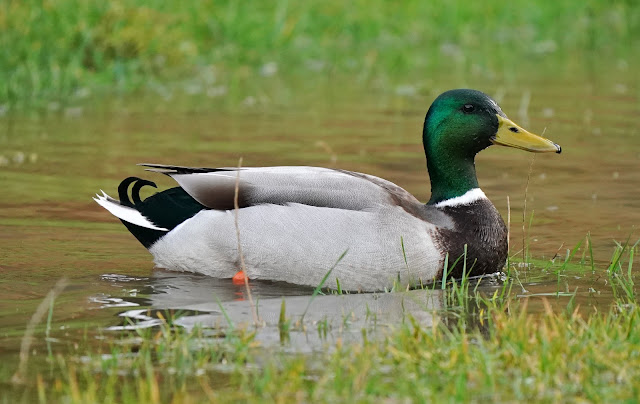 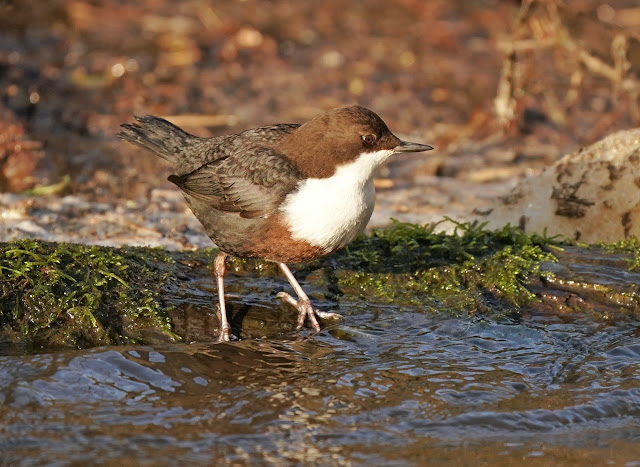 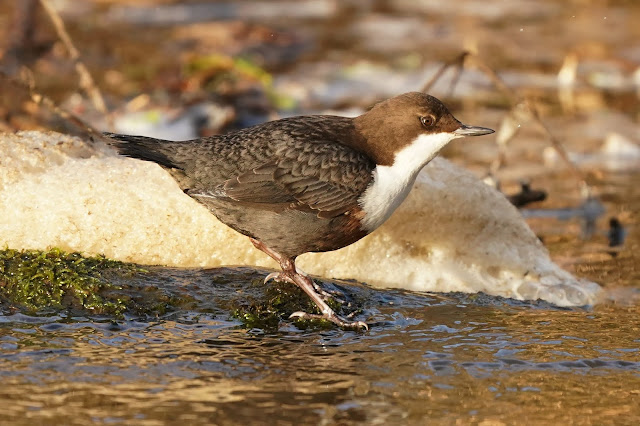 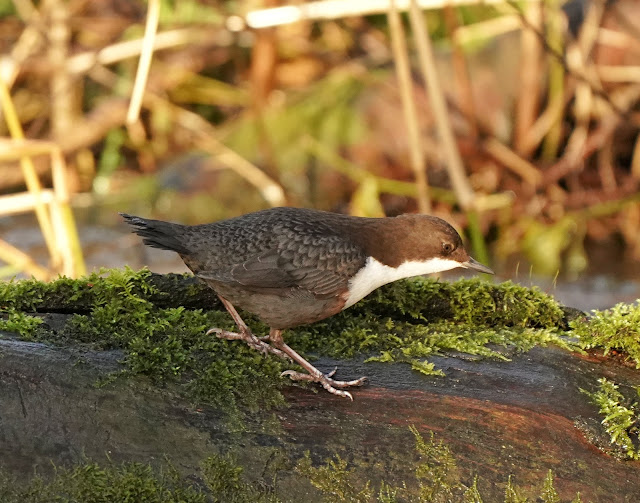 Dipper
I needed to get back to Nottingham for noon, so we popped into Cromford in the late morning. I had hoped for some winter thrushes, but nothing was doing. However, a shot walk along the river produced a very approachable Little Grebe, the bird apparently accustomed to people feeding bread to the ducks. A super close image! 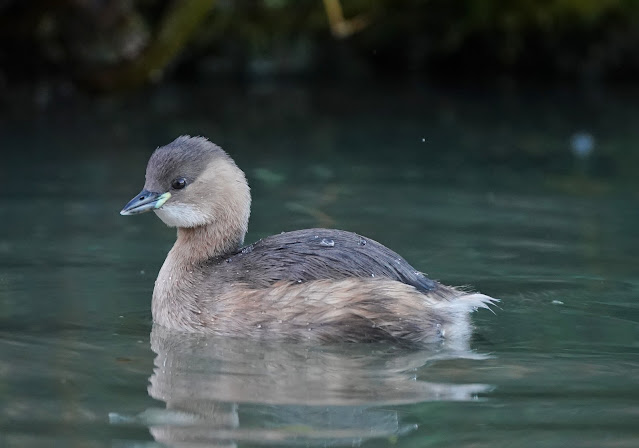