Striking another deal with my taxi friend, I left my Mum a picnic breakfast and set out at 6.30 heading north again a,long the A614. After missing Common Redstart on the previous weekend, I had another bite of the cherry after hearing about an active nest on the Clumber Estate.

Arriving on site, I met three other birders who told me that the birds had fledged, but the family party were remaining in the natal area. Moreover, I was informed that the nest had been tended by a female and two separate males.  I am not quite sure what the set up was here. My understanding was that polygyny in Common Redstart wasn't unheard of, but I hadn't encountered polyandry before. Alternatively, was this some kind of altruism from a second male that had failed in his own attempts?

I reeled off a few nice shots of one of the males, a slightly worn-looking bird, and a record shot the the other more pristine bird. 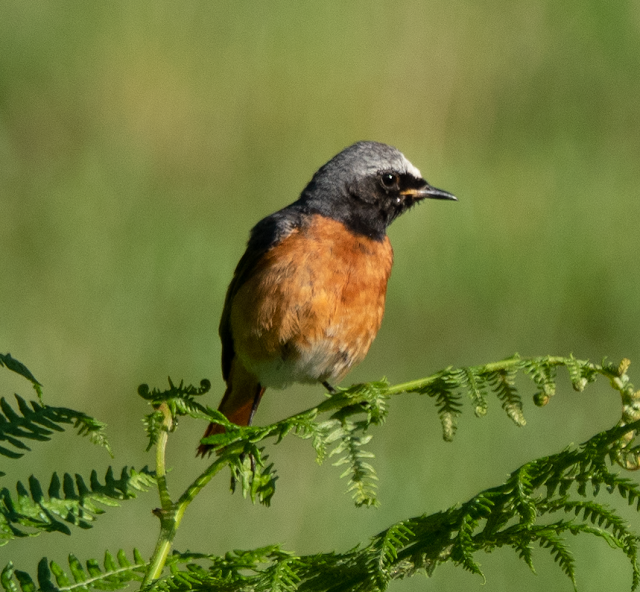 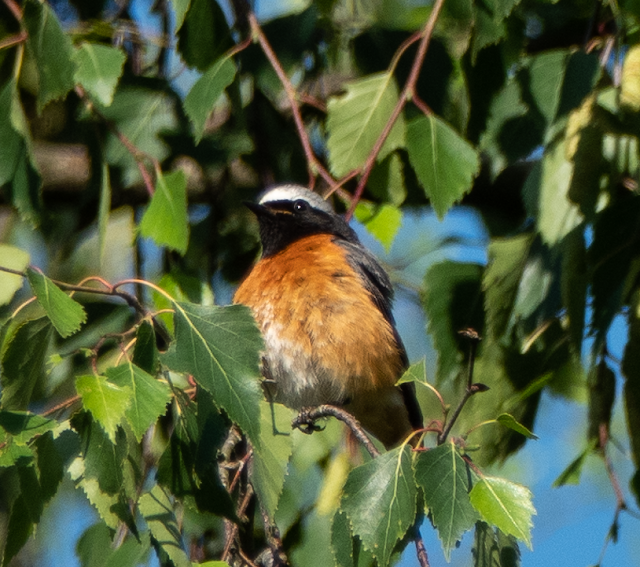 While on site, I bumped into Sajidah Ahmad who had come up to the Dukeries on a whim and was not sure where to go best to see birds, I offered to give her a tour of the area, if she was okay with me sitting on her back seat with a mask.

Happy with the arrangements, we stopped off at the hamlet of Carburton, getting nice views of a Grey Heron on the river, plus Barn Swallow, House Martin, Linnet, Lapwing and Greenfinch. 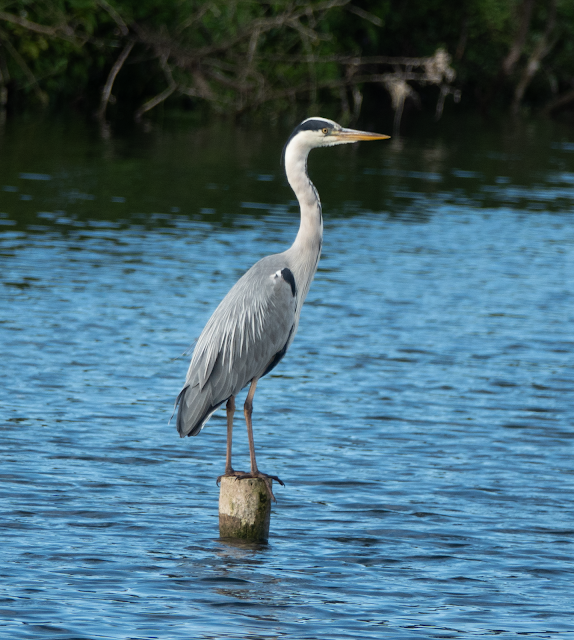 From here we headed back to the crossroads and then to the Welbeck Raptor Watch Point. There was already a guy here (Graham) who had popped in after seeing the Blyth's Reed Warbler. The conditions seemed good with sunny skies and a light wind. After about 30 minutes we had a Red Kite and then a Kestrel. A few other birds of interest were noted, including Little Egret, Common Tern, Yellow Wagtail and two Siskins. A few Lesser Black-backed Gulls and a 3rd summer Herring Gull were also around.

By 10.00 Common Buzzards were becoming more active and we had a male Sparrowhawk. The Red Kite put in a second appearance but this time much closer and I was able to obtain a nice record shot. 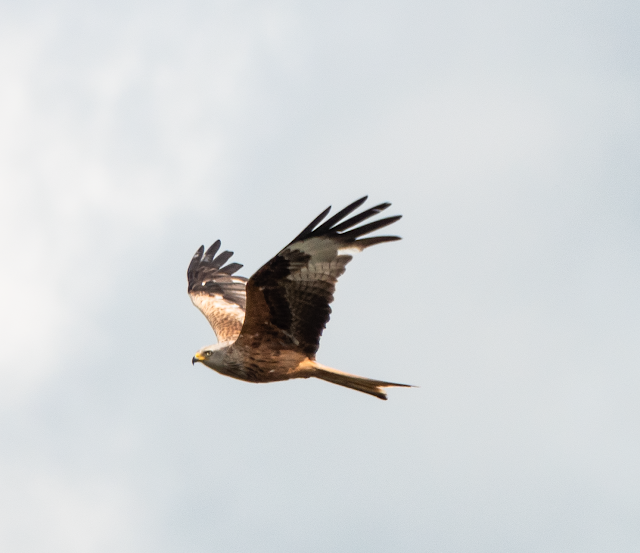 By 11.00 Saj had to go back to Nottingham with Honey-buzzard still eluding the now growing assembled crowd of ex-Blyth Reed Warbler twitchers, including people from Hertfordshire and Essex.

At 11.30 someone picked up a distant raptor, which was on flat wings and was purportedly a candidate for a Honey-buzzard. It was so far away it took me five minutes to get on the bird, which was apparently a dot even through a scope and I had only my 8 x 40 bins. I eventually got onto the bird as it began to display removing any doubt as to its identity. This was the worst view I've had of the species at the site or anywhere else for that matter.