Twitching the Caspian Tern at Frampton


With a poorly Mum, I'm not able to leave her for long at the moment, but with her condition worsening she is now hospitalized. Unable to visit her owing to Coronavirus restrictions, I had the weekend to myself and a quick look at Birdguides on Friday highlights two options - a Bearded Vulture in Derbyshire and a Caspian Tern in Lincolnshire.

Now, the next question was how to get to Frampton. The cheapest way would be the train and then a taxi from Boston. However, I find the Skegness train something of an ordeal, so for me it wasn't really an option. Having saved a wad not going to the Shetlands in June, I phoned up my taxi driver friend and negotiated a rate to take me to Frampton in the morning and bring me back early to mid afternoon.

We set off at 7AM with my packed lunch and Martyn with his snacks and a laptop with a few movies downloaded.

We arrived at Frampton at around half past eight and after a quick coffee I head for the reserve to see a small gathering already scoping up the lagoon adjacent to the visitor centre. I cannot see the bird immediately and I'm informed that it is tucked in among the Black-tailed Godwits with its head down.

I manage to get a few unsatisfactory views before the bird moves to the edge of the godwit gathering and has a preen and generally becomes more obvious. It's remarkable how well a bird with the stature of a Caspian Tern manages to secrete itself among a pack of medium-sized waders. I saw the bird several times during the day but it was never particularly close and I never manage more than a record shot, which don't do justice to this amazing bird. 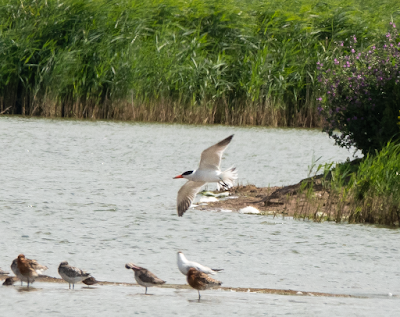 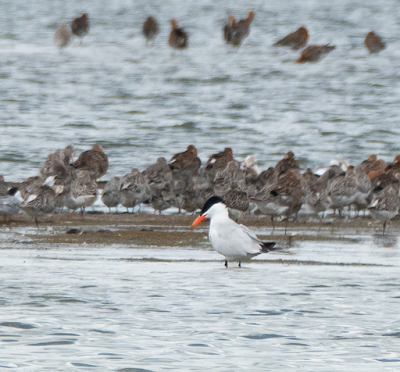 In between watching the Caspian Tern I had varying success with a number of waders, including a very smart summer-plumaged Curlew Sandpier, which was, alas too distant to be worth a photo.

However, I have more luck with Avocet and Ruff and a Little Egret, which shows down to 20 metres in good light. 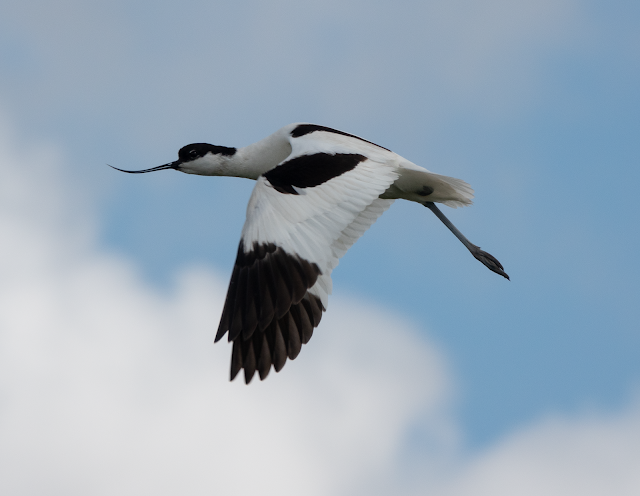 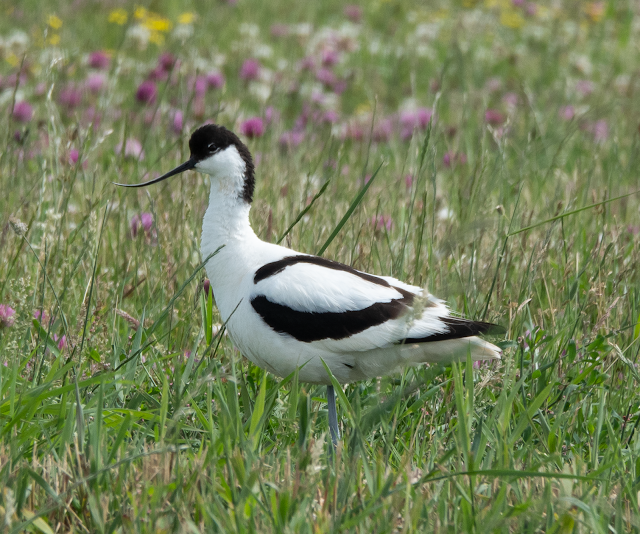 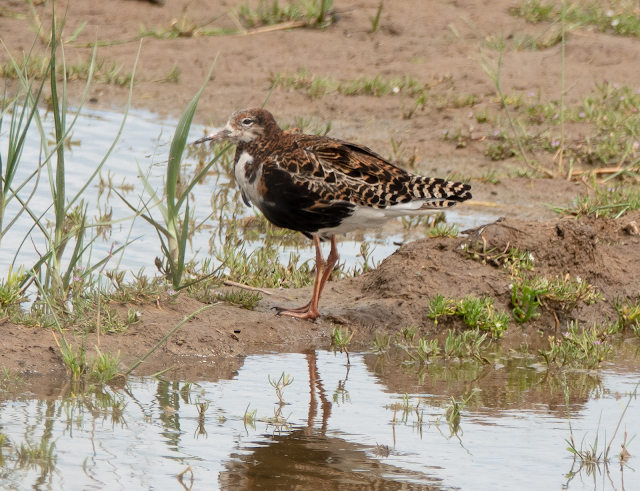 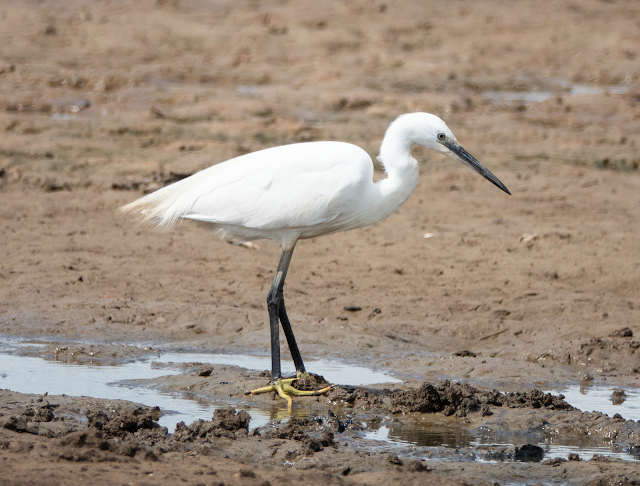 I finished the day on the 'Sea wall.'  I'm not sure where the sea is, but on the landward side is a large flock of Knot - maybe 1,000 birds and I got a record shot of a few birds swirling round, several still in the 'red' plumage 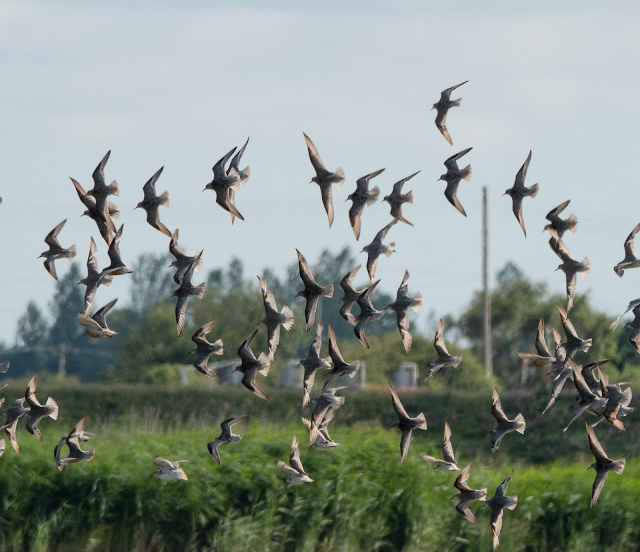