Hearing that three Corn Buntings had been seen by Rob Hoare at Barton-in-Fabis the previous day, I decided to check out the area after work on Good Friday, straight after work.

Getting to Clifton from Lenton, ought to have been a simple matter, but I hadn't factored in the incompetence of the Net Tram company.

I reach Nottingham Station on the midday tram from Lenton.  So far so good!  There's no sign that anything is awry, but on boarding the next service to Clifton, we're informed that we will go only one stop, owing to a broken down tram at Wilford.  To cut a long story short, I have to board another two trams, amid misleading announcements and tram drivers who aren't sure where they're going. Farcical.

I eventually arrive at the Clifton terminus half an hour later than scheduled, where Rob is waiting for me.  We check out the wires along Barton Lane, but we only see Meadow Pipits and a a couple of Buzzards on the thermals.

Moving to view the flash beyond the balancing pond on the old A453, we hear a Common Redshank overhead, as Lapwings display over the fields in front of us.  The flash looks superb and will surely pull in some good stuff as spring advances. 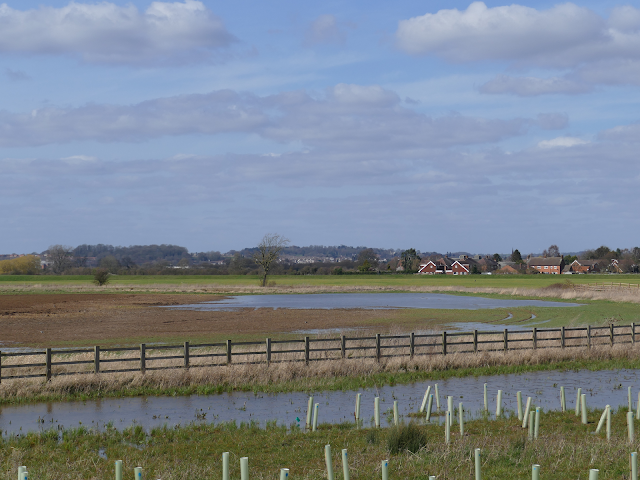 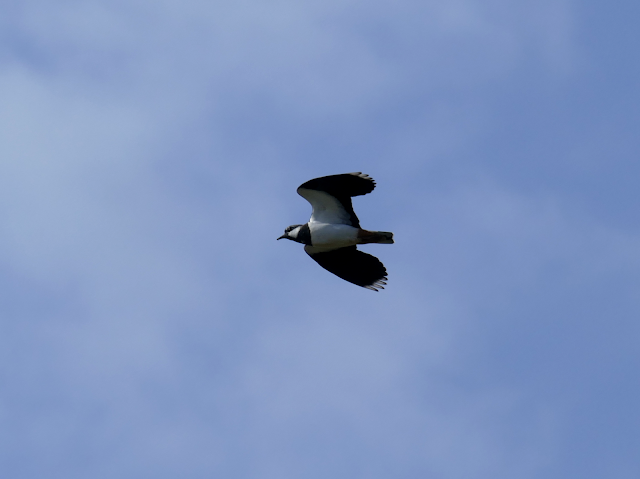 Driving round to the village, we park up and continue to explore the area adjacent to the river.  We put up a single Common Snipe by a small inlet and then walk a curve to avoid putting up anything that's on Barton Flash.  Two Mistle Thrush fly over, followed by a Fieldfare. On the flash, there's a mixture of gulls and dabbling ducks, along with Greylags and a single Barnacle of dubious origins.

Just then, Rob finds a drake Mandarin that's grazing among a small gaggle of Greylags by the river.  We get a few distant record shots, but this is significant, in that it's my 100th species in the county in 2016. 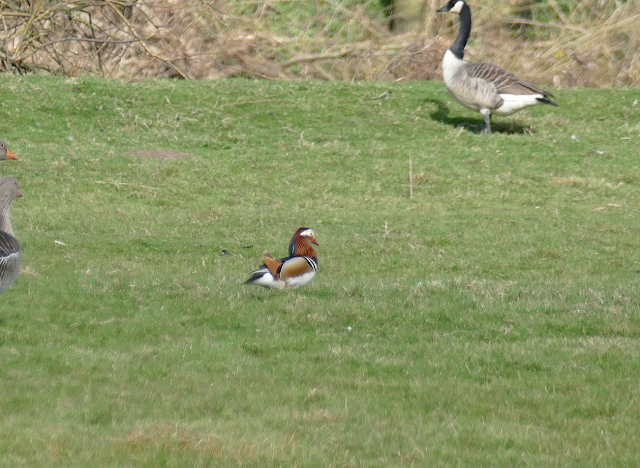 Returning to the main road, we have a final check for the sound of jangling keys, but the birds are obviously having a day off.  Checking the tram terminus, it seems all services are suspended and Rob kindly takes me to Beeston weir, where I can continue my afternoon's birding.

The pub just past the lock is packed and I negotiate my way through drinkers and cyclists on to the nature reserve.  The weather is too clement to hope for anything spectacular, but I have a pleasant walk, seeing Little Egret, Kestrels in the box and on the Clifton Pit, a nice raft of Goldeneye.

Making my way slowly to the reserve centre, the Wheatear field is looking good, with a nice selection of ducks feeding in the shallows.  As I cross the bridge, I'm treated to the sight of the family of Egyptian Geese, swimming up the channel and then a Lesser Black-backed Gull flies over at close range. 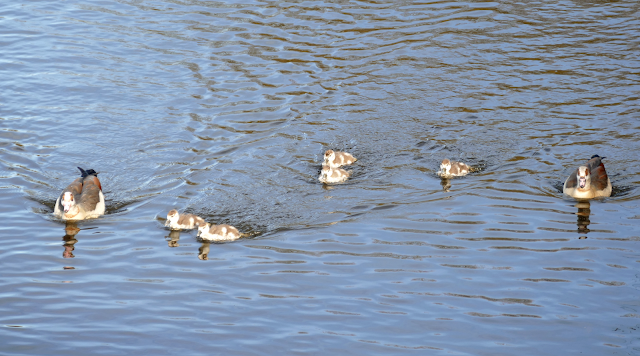 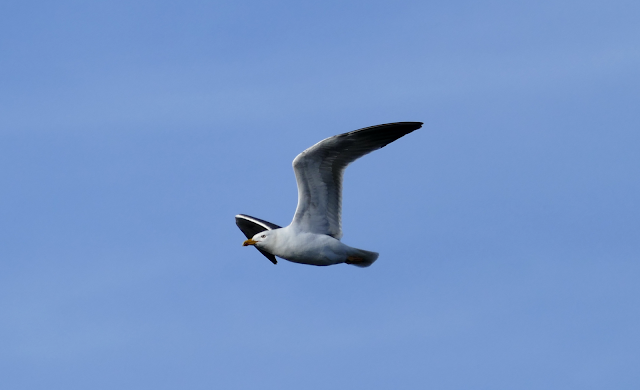 Finishing off at the visitor centre, the Red-crested Pochards are showing particularly well in the afternoon light and I get a nice image of a drake, which is patrolling between the swans as families throw grain for the ducks. 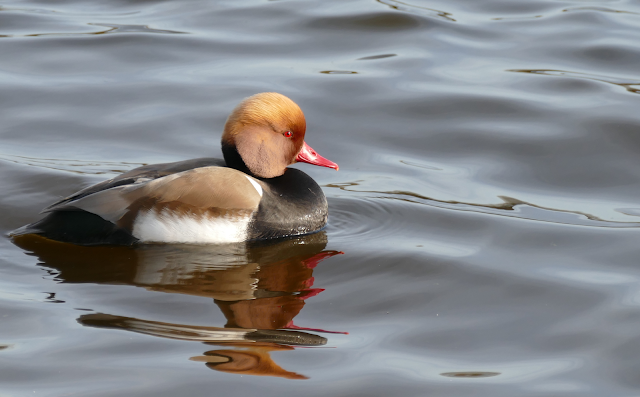 Finally, I enter the centre, to find out I'm too late for refreshments, but remember I have a carton of orange in my rucksack.  Out back, a Tree Sparrow is chirping and stays still for long enough to allow me a record shot, rounding off a very enjoyable afternoon! 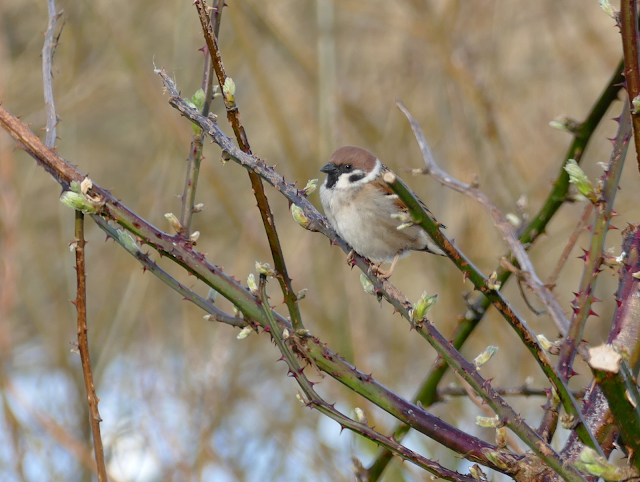 
Post Script: Thank you to Mark Whatling, who has spotted that I haven't ticked Black-headed Gull on Bubo.  That means the title of this Blog should be 101 up!  Not got the same ring to it though. Hey ho!
Posted by Andy Hall at 03:52