It's the earliest start this year and I'm up before the lark and get to the railway station as it's just getting light.  I get the first train to Collingham, which takes all of 42 minutes, probably quicker than a car and I get off at the lonely station near the Lincolnshire border and head through the village.

As I find Carlton Ferry Lane, a single male Siskin sings from the trees across the road and I make my way towards the gravel pits.  It's just about properly light now, but with the steel grey clouds, you would hardly know! Suddenly there's the rattle of Fieldfare and a whole flock gets up from the hedgerow and the birds land in the large grassy field before Ferry Lane Farm.  I count the birds and there's just about 200, give or take. 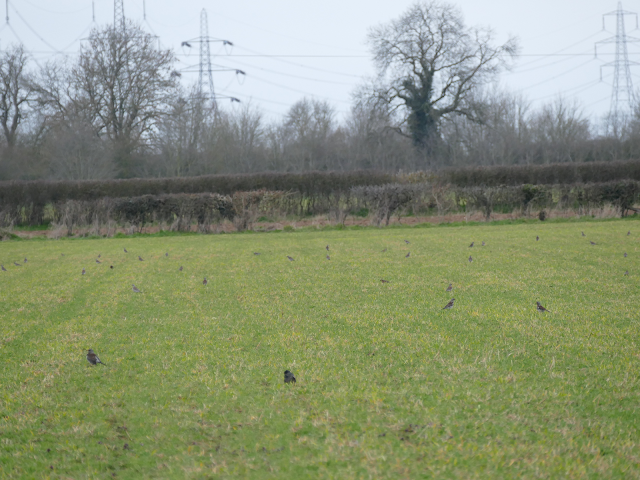 I continue to the footpath by the farm and view Ferry Lane Lake, where there's stacks of Goldeneye on the water and Wigeon grazing on the edge.  There's a couple of Curlew feeding among the Wigeon, which is nice and these are the first a of a procession of year ticks, with Common Snipe, a brace of Kingfishers and a singing Chiffchaff in quick succession.  The light is awful, but the birding good, with Reed Buntings skipping along the hedge, Great Crested Grebes courting and a single Little Egret flies over. 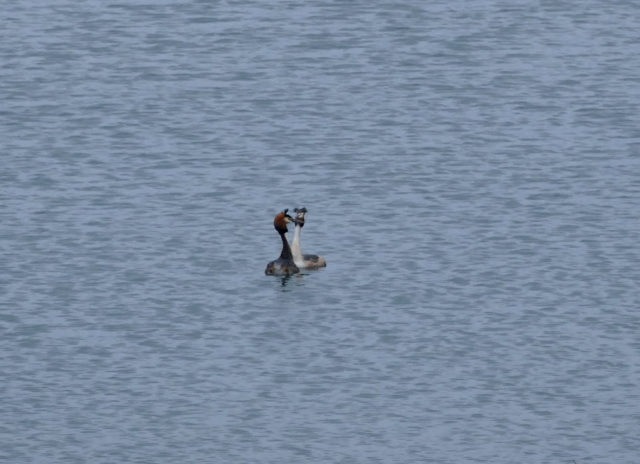 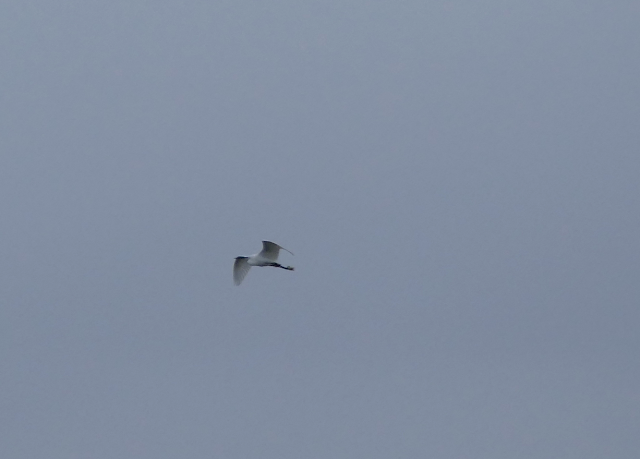 I check for the Great Northern Diver, but no joy, but locate the Chiffchaff in the hedgerow, as a pair of Oystercatchers 'kleep kleep' nearby.

Relatively satisfied that I've not overlooked the diver, following another scan of the lake, I continue to the road and then take a track to the river, where I get more Wigeon  and a few Cormorants.  As I turn the bend in the river there's a clear 'theeest' overhead and I locate a Rock Pipit, as it bombs through, calling again as it heads over towards Cromwell Lock.  This is a really good bird and a species that's far from guaranteed in a year, in the county.  A Sky Lark gets up and sings low overhead, allowing me to get a record shot of the bird in flight. 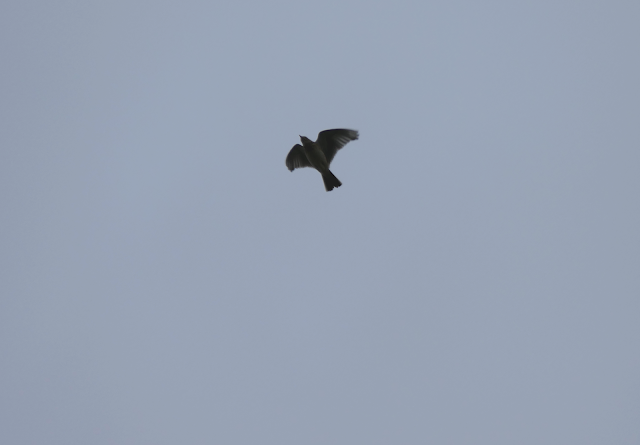 Continuing towards Langford Lowfields, I see a herd of swans through the hedge.  At first I'm thinking they're all Mute, but I scope the birds and to my delight, count five Whoopers, and suddenly I'm having a good day.  I take the footpath on to the reserve perimeter, where not all the birds are in view, but I can still see about 60 Mute Swans and three Whooper Swans and I get a passable record shot, without disturbing them. 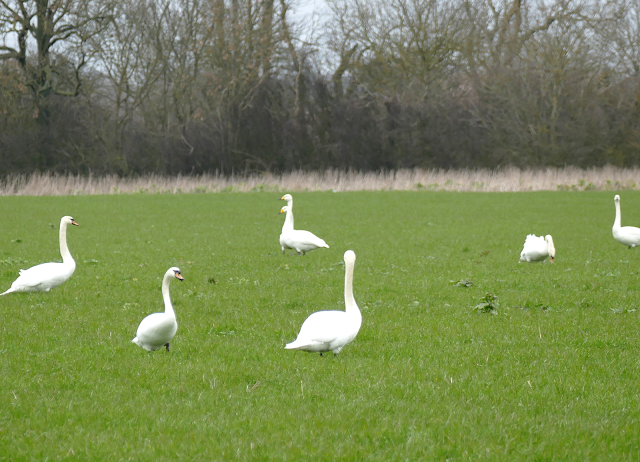 In the same field, there's a roosting Pink-footed Goose with the Greylags and I see a Kestrel here before heading on to the reserve proper.  It's pretty quiet, it has to be said, but there's some cracking habitat, and I'll be coming back here in April and May.

I take a couple of ambient photos and then on reaching the reserve car park, talk to a farmer, who obligingly snaps me next to the reserve sign. 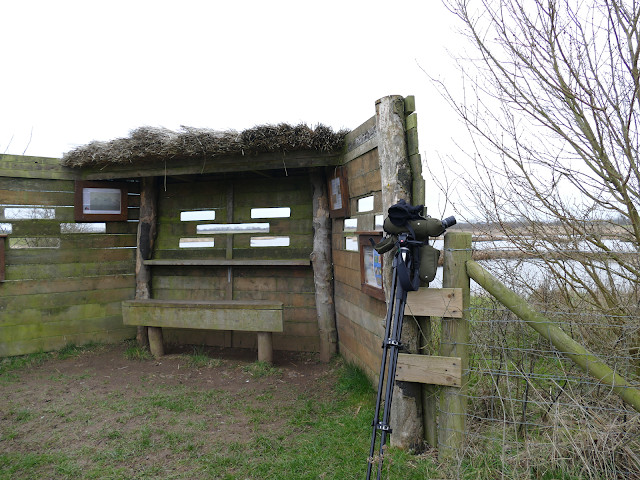 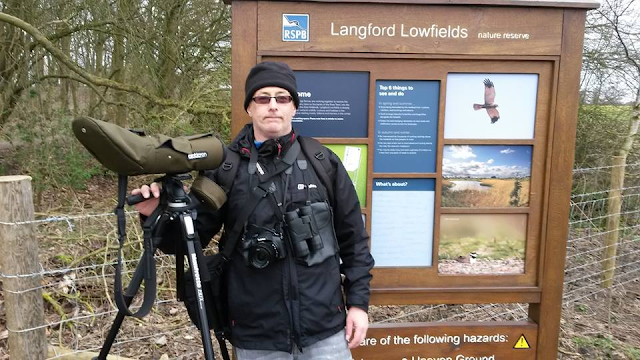 Post Script:  As I write, Nick Crouch has tweeted that the Great Northern Diver is back at Collingham.  You win some, you lose some.  Maybe next week...