The forecast was set fair, and at last it looked like a good weekend to go for the Goshawks.  I had already decided to incorporate these into a longer morning ramble and had two options. I toyed with the idea of walking to the Watchpoint via the Major Oak, and Sherwood Forest etc, but in the end plumped for the longer route, walking from Langwith, via Cuckney and Norton.  That's a six mile hike, but having already seen Wood Lark two week's earlier, it seemed like a nice idea.

I begin at Nottingham Railway Station, and board my train fuelling the day ahead with some peanut cookies and coffee bought from the station shop, a saving of £15 compared with the Costa Coffee equivalent.  All is going well, until when 10 minutes after the departure time, we - (I say we),  I was the only traveller in the carriage - haven't budged. Finding the conductor I am informed that the driver hasn't turned up!  Things were so much better when we had British Rail and Greenshield stamps. 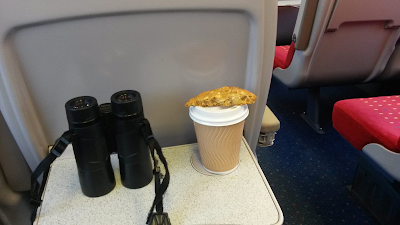 Breakfast on the train

Eventually the driver turns up, and we set off north.  After 45 minutes, I alight at Whaley Thorns, which is an anagram of Thanley Whores.  The place is oddly deserted and I get my head down and hurry through the village until I reach the border at Nether Langwith. 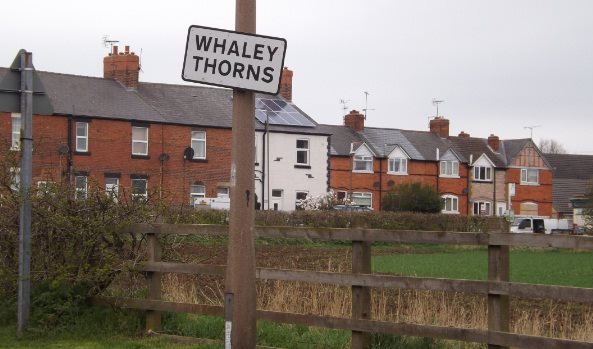 Back in Notts, I take a few snaps and head east where one can see Cuckney Hey Wood to the
right and the picturesque edifice of Langwith Hall - now a residential home, on the other side of the road. 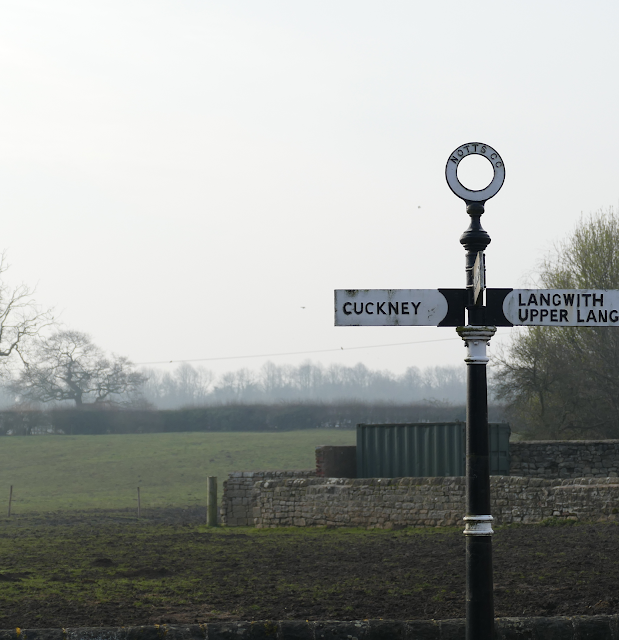 View of Nether Langwith with Boon Hills Wood in the background 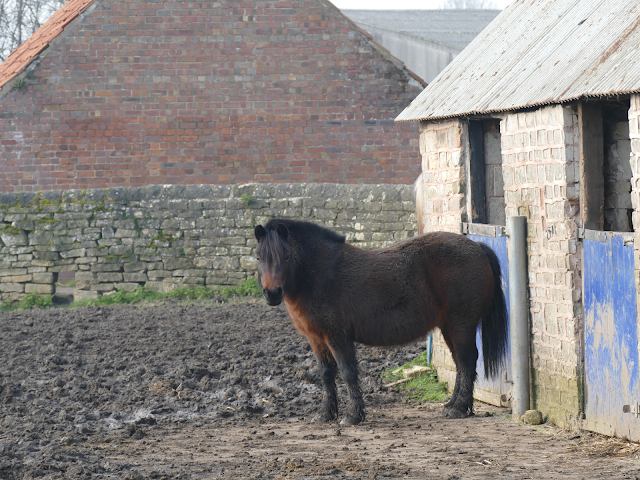 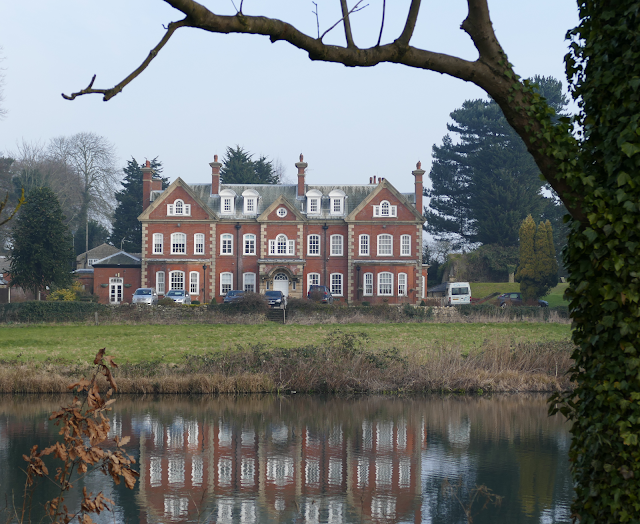 The area is all rather pleasantly bucolic and I amble up the A632 towards Cuckney, where I inadvertently flush a flock of thrushes that are feeding on the ground behind a hedge.  There's about 20 Fieldfare and 5 Redwing, and I watch them for a few minutes, along with a few Pied Wagtails, before moving on.  I continue to the edge of Cuckney and take a detour through Mill Hill wood, where about 50 Rooks are circling round and calling.  This takes me to Cuckney Dam. There's a few Tufted Ducks and a Common Shelduck, but nothing else of note. 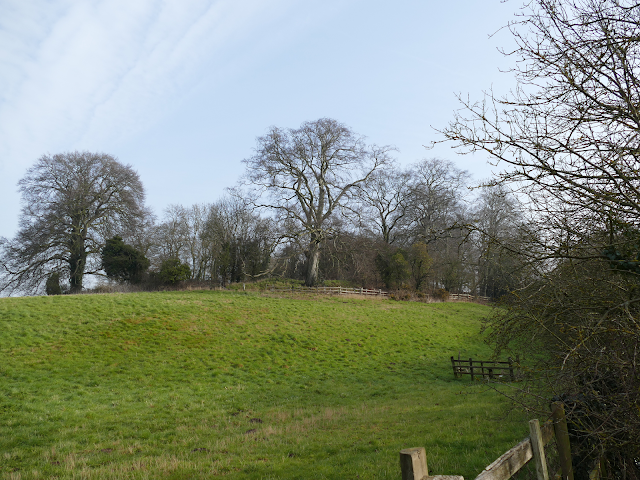 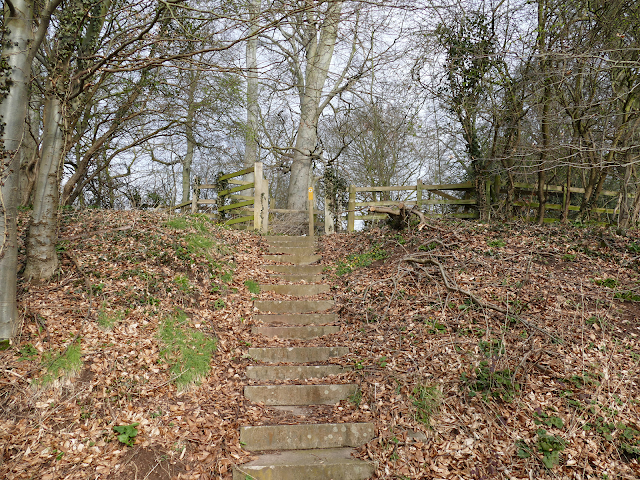 Walking down to the village, I hear both Siskins and Redpoll.  There's about 15-20 of the latter and I get a decent record shot of a Lesser Redpoll, but then see a bird that bothers me.  It appears to be rather frosty but I never see the upper parts. I contact Ian Cowgill, who I know needs Mealy for the year, but warn him I'm not 100% certain.  He checks it out later and gets no better views than me. 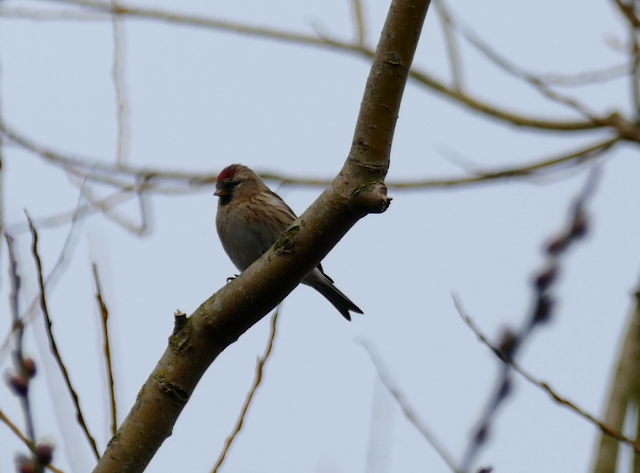 I go through the village and cross the A60 at the Greendale Oak and head into the Dukeries proper.  The countryside here is very pleasant with Lapwings calling and a nice population of Tree Sparrows and I have at least six singing males around the hamlet between Cuckney and Norton. 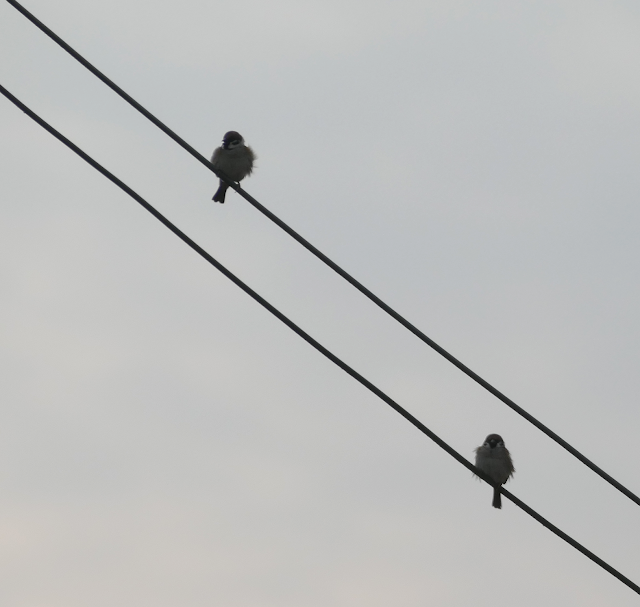 Entering the picturesue village of Norton, I think I have a Willow Tit, but the habitat is all wrong. I track the bird, which keeps calling although something isn't quite right and the voice isn't really harsh enough.  It's a Blue Tit!  One to watch out for there. 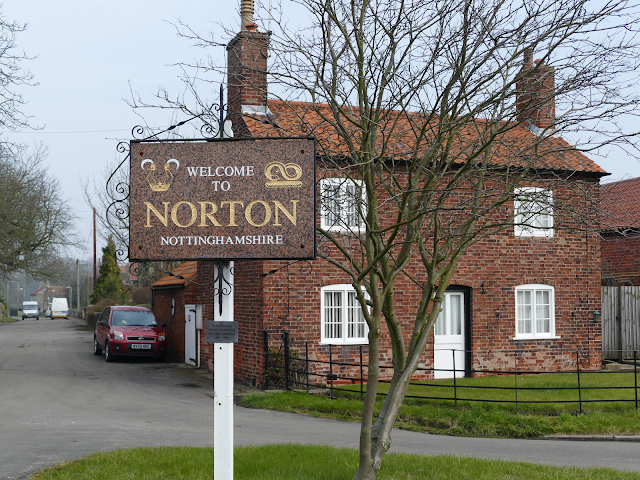 I dodge a load of cyclists and head for Welbeck, having a nice male Reed Bunting singing by the stream on the way.  I turn past the entrance to the estate and see there is already a good gathering of birders by the Watchpoint. 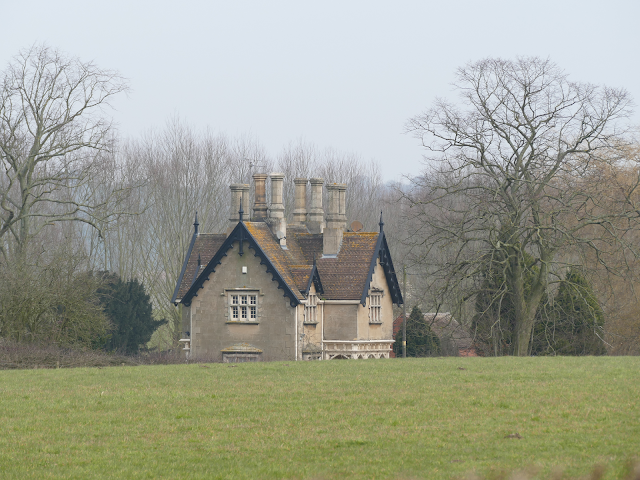 As I join the group, all the bins go up and there are two Goshawks circling below the buzzards. What timing!  Far too distant for photos, but nice views in the bins ancd scope and I watch them for up to a minute.  I say hello to David Came, Derek Tinker and John Ellis, and a few buzzards come close enough for an ambient record shot, with one bird displaying and it does a full stoop. 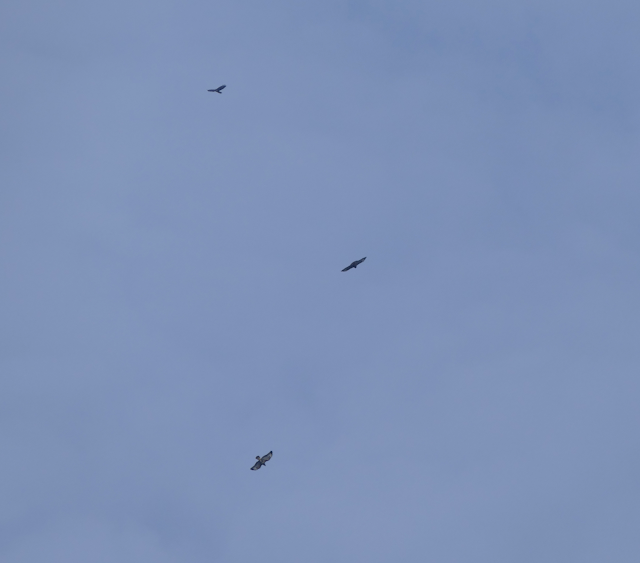 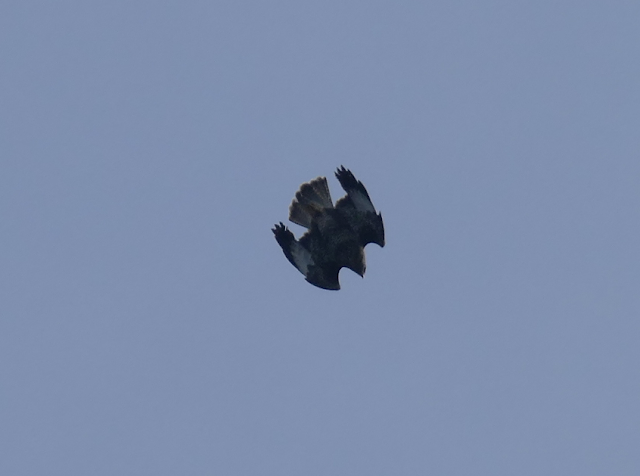 I need to get my bus and head off, hoping to pick up Mandarin from the feeding station.  I fail to do so, only finding out later from Sorrel Lyall that I had over-looked them there, but get a nice snap of common birds on the bird feeders and a few shots of the woods. 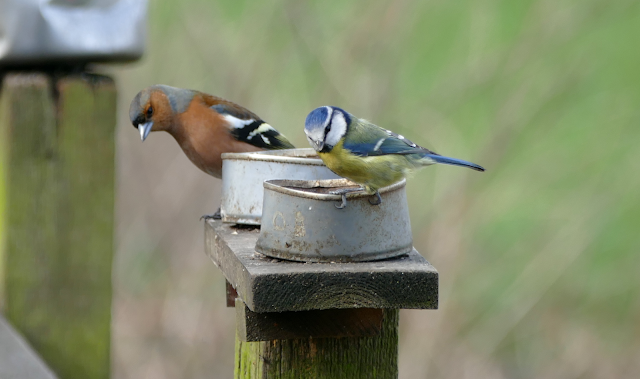 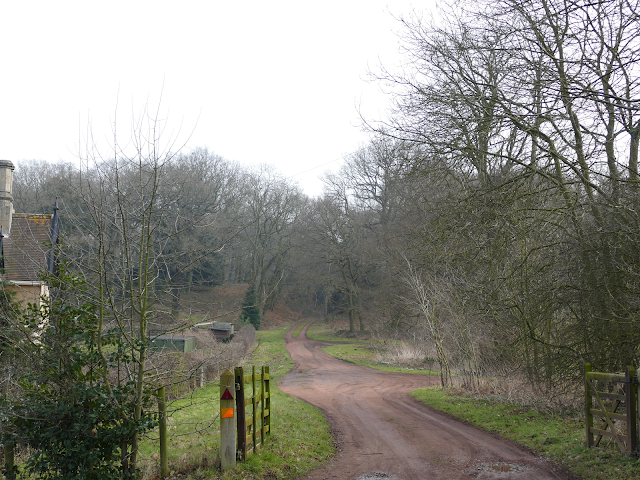 I get my bus with minutes to spare and try for Mandarin at Castle Marina, when I get back to Nottingham.  I miss them too, but get a nice photo of a Cormorant.  At Sainsbury's I go for a spot of shopping and there's a few Siskins in the alders, rounding off a nice day's birding. 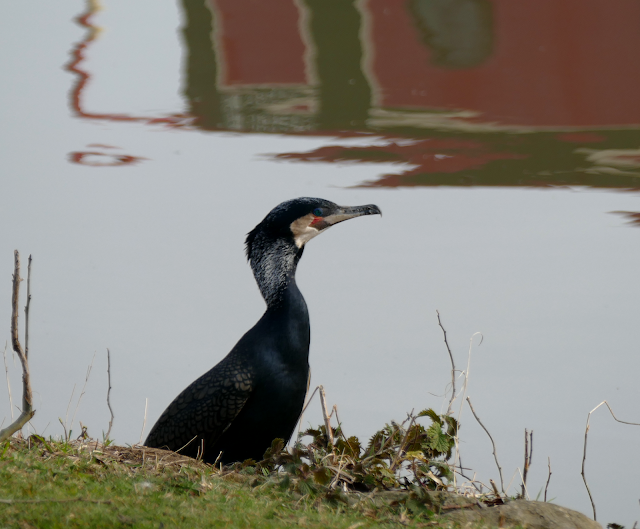 Cormorant
Posted by Andy Hall at 03:11