I had now cancelled three holidays owing to Covid-19 and my poorly mother. With the money saved on not going to Shetland, Scarborough and North Wales, I was keen to get in some nice day trips.

I was half-tempted to go for a Gull-billed Tern in Suffolk, but it seemed a long way and would be quite expensive even with my taxi friend giving me generous mate's rates. I thought Norfolk looked promising after a fall at Spurn, thinking stuff would filter down.

First stop was Titchwell, where after the obligatory track and trace, Ruff were right next to the hide. Otherwise there were a few Dunlin, Ringed Plover, Common Snipe but not the hoped for Little Stint and Curlew Sandpiper. 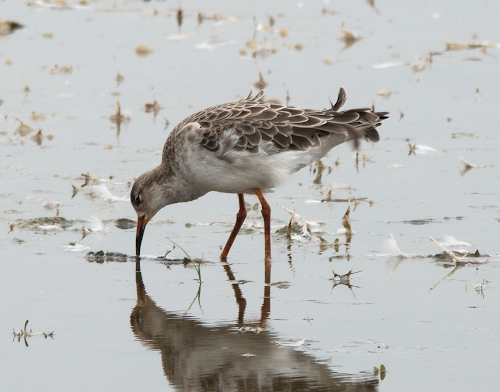 Ruff
Walking to the beach, it was fairly birdless, but all the action was on the foreshore with both Black-tailed Godwit and Bar-tailed Godwit and Sandwich Tern fishing close in and I took a photo of one carrying a Smelt in its bill. 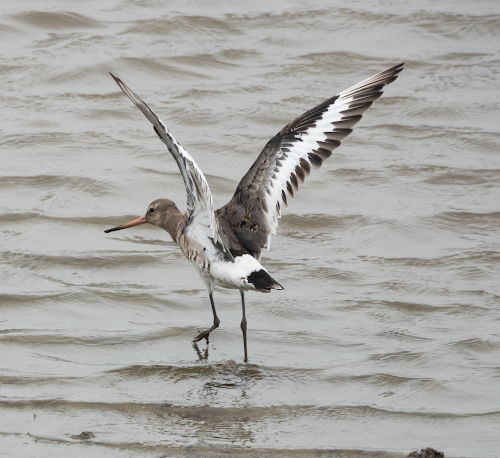 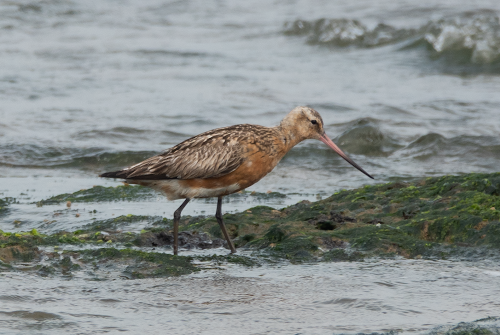 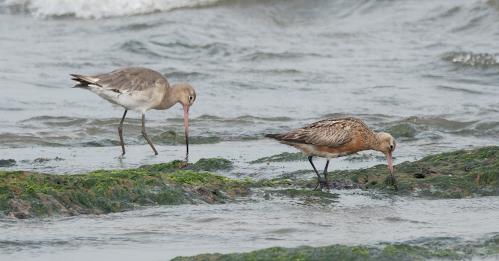 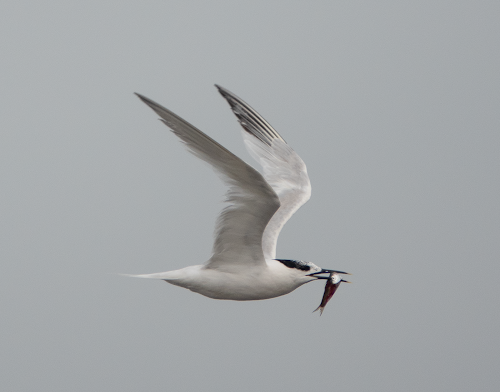 Sandwich Tern
With nothing to keep me at Titchwell, we moved on to North Point Pools near Wells-next-the-Sea, where there was a very distant Wood Sandpiper, a Greenshank and three Spoonbills. News that three Long-tailed Skuas had gone past Cley, sounded promising, so we parked at Coastguards in the brisk north-easterly winds. I'm not sure if I should have stuck it out but after an hour nothing but Sandwich Terns were all I had to show for my efforts.
A glance at Birdguides showed that an Icterine Warbler had been seen in the 'Dell' at Wells Woods.
Wells-next-the-Sea was rammed with tourists and the car park by the pool was nearly full. However we found a spot and I headed into the woods. It had been a while since I had visited the site and I quickly realised that I wasn't sure where 'The Dell' was. Norfolk Birds describes it as 'A shallow depression at the back of the coastal dune and pine belt which is full of Silver birch scrub and trees.' I was later informed that it is an open grassy area with trees on three sides. I'm still not entirely sure.
In any case, I spent over an hour traipsing through the wood, seeing virtually nothing, when I discovered the tit flock that the Icterine Warbler had been consorting with, a stone's throw from the car park. Apart from a family party of Lesser Whitethroats, a Common Whitethroat and a Blackcap, there were some briefly interesting juvenile Willow Warblers, but no 'Icky' and I didn't even see one of the 13 Pied Flycatchers that had been there earlier - presumably having moved through.
I can't say it was a bad day, but I felt a bit deflated on the way home, and thought that I should have done better.
Posted by Andy Hall at 10:58