I had been mulling over the possibilities of seeing Red Kites in their Chilterns stronghold for a while, and looking at various online resources, it looked feasible on public transport, though time in the field would be quite short.

I set off for Oxford on the first train of the day and paused there for breakfast before getting a bus into the Chilterns.  I found a greasy spoon type cafe and ordered a bacon sandwich, which came on a stone cold plate. How hard would it have been to have warmed the plate?!  Not having time to argue the point, I gobbled up my breakfast with an equally uninspiring coffee and caught a local bus for an hour or so trip into darkest Oxfordshire.

I alighted at the village of Watlington. A quaint Miss Marple kind of place, and site slap bang in the middle of Red Kite country.

On the positive side, Red Kites were everywhere - there were stacks of them. On the other hand, it was really really cloudy. The weather forecast had been quite good, but they had certainly got it wrong here.

It was fortunate then, that after walking up and down the hill where birds were wheeling round overhead, one bird circle round right above me and then perched in a tree at incredibly close range. It was certainly the best views I've ever had of a Red Kite, and despite the poor light, I was quite pleased with the images I got. 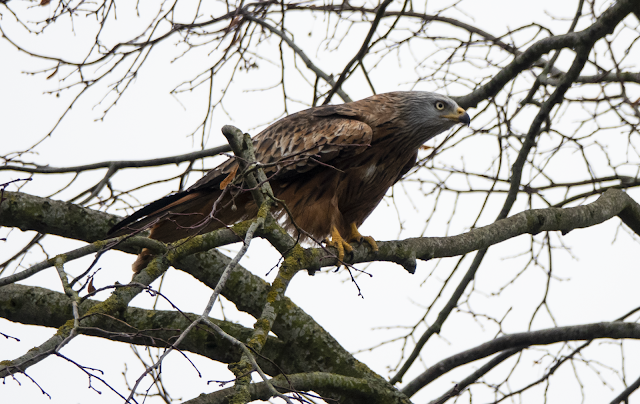 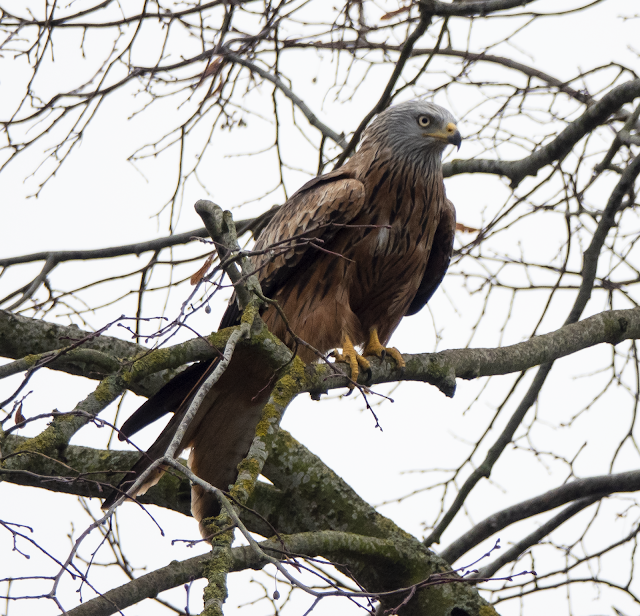 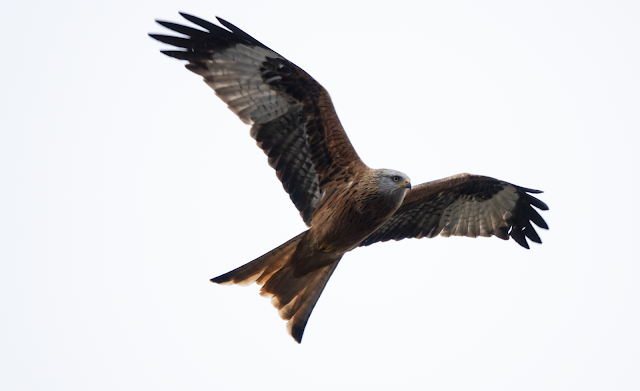 I saw little else in the area, apart from an amazingly confiding Fieldfare, a displaying Raven and one Common Buzzard.  I would like to go back to Watlington, maybe for a weekend, as it's a bit of a trek in a day by public transport. 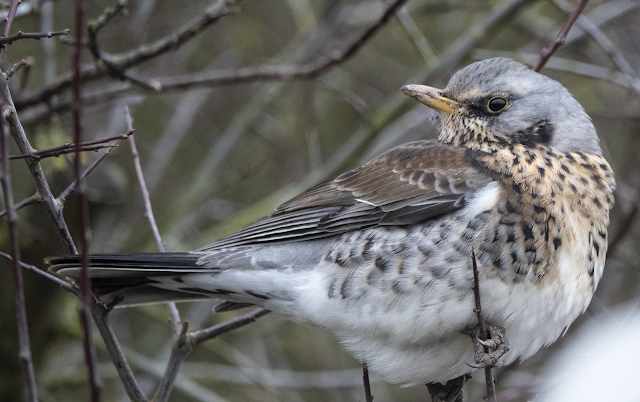 Fieldfare
Posted by Andy Hall at 06:44