After the frustration of the previous weekend's poor weather, it's a coffee and chocolate twist from Cafe Nero and I'm on the first bus to Edwinstowe.

I alight at the Sherwood Forest Visitor Centre at 9.20 and at this time of the day have the place almost to myself.  There's a few Redwings about and a Song Thrush evades my camera as I pause briefly at the Major Oak before checking out the feeder on Broad Drive, which was so productive in January.

Sure enough, the bird table and fatballs are inundated by tits and Nuthatch, and I manage to get two pretty good photos of the latter species and a Coal Tit 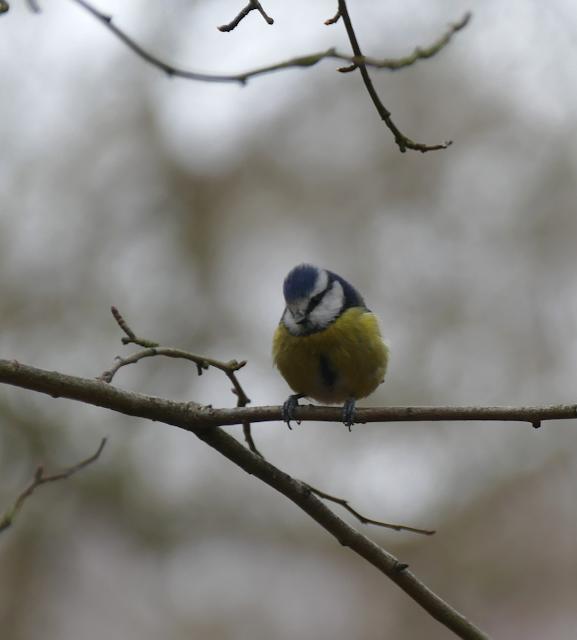 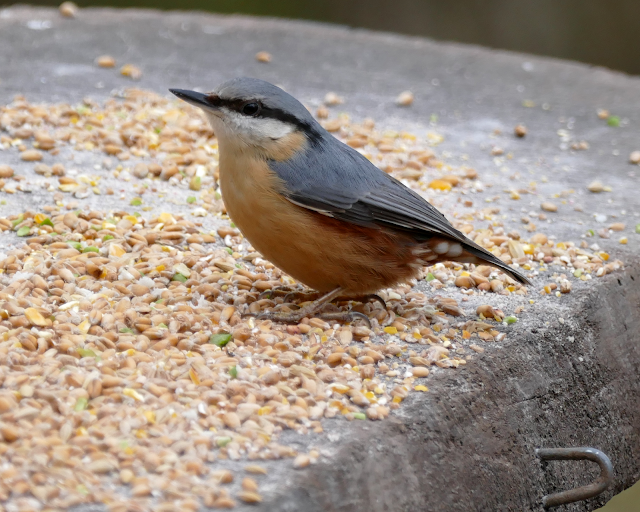 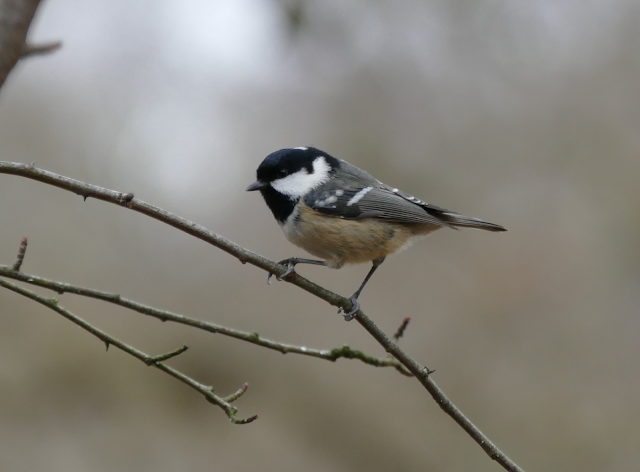 
I take a right and head slightly up hill until I reach a conifer plantation with a clear fell area and a footpath, which leads to an official access point of Budby South Forest.  The usual suspects are in full song and a Common Buzzard is mewing as a pair of Carrion Crows get frisky. 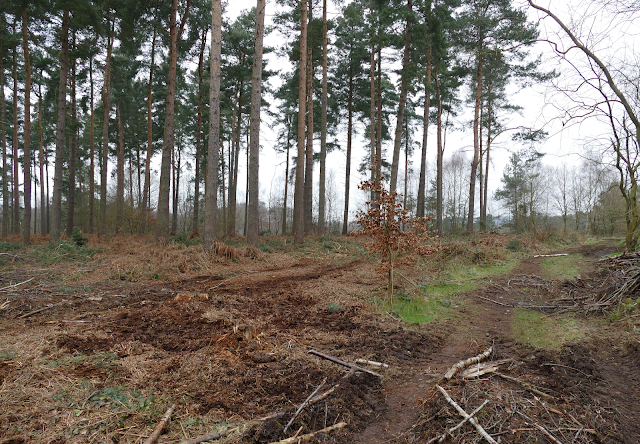 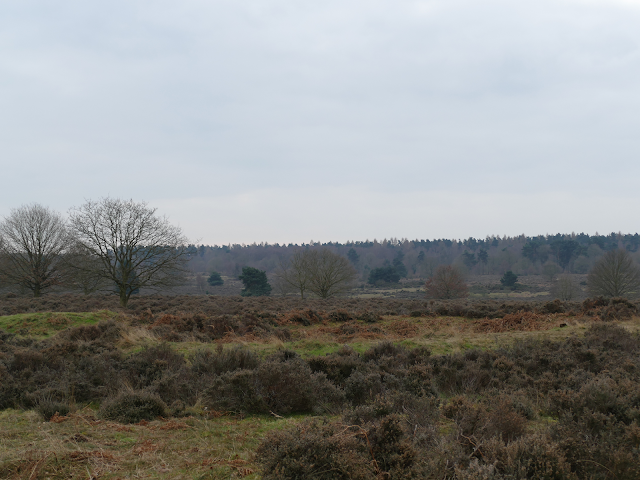 
I continue to walk south between the fenced areas until I reach Ladysmith Plantation, where a few Yellowhammers are still adorning the hedgerows and Siskin are singing in the trees.  I linger here but see nothing remarkable and head west on the track where it seems every Jay in the forest has come out for the day. 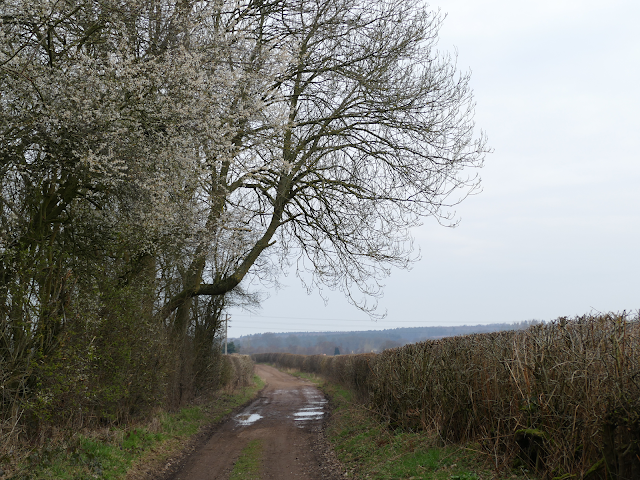 Looking towards Budby Village from the south

At the big cross roads, I head north towards Budby Pumping Station, where the ever present John Colclough is watching the from the view point with Derek Tinker.  There's a Common Shelduck on the 'Flash' and a stack of Tufted Duck and other common birds.  A Water Rail squeaks from Meden marsh, behind us. 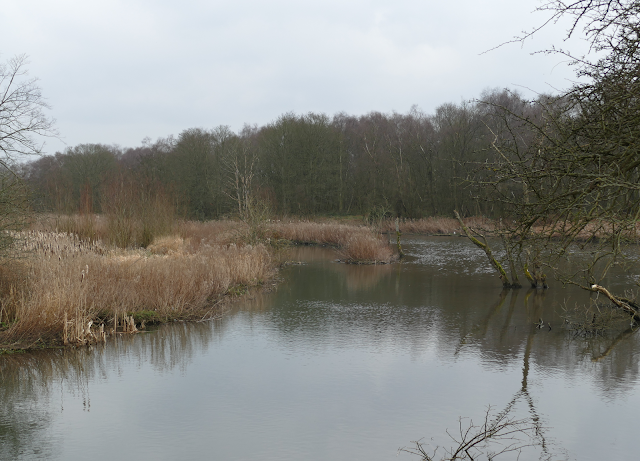 My interest is diverted towards the feeders and a good selection of species are feeding from the various cunningly constructed bird tables, some of which are modified tree trunks!  I get a procession of common birds, including a rather bold, male Greenfinch, a pair of Chaffinch and a couple of Coal Tit.  Suddenly a Marsh Tit puts in an appearance, and then another.  They give me the real run around, playing hide and seek, before one perches up in full view.  The bird has the classic small bib, and also shows the pale spot nicely, on the upper mandible. 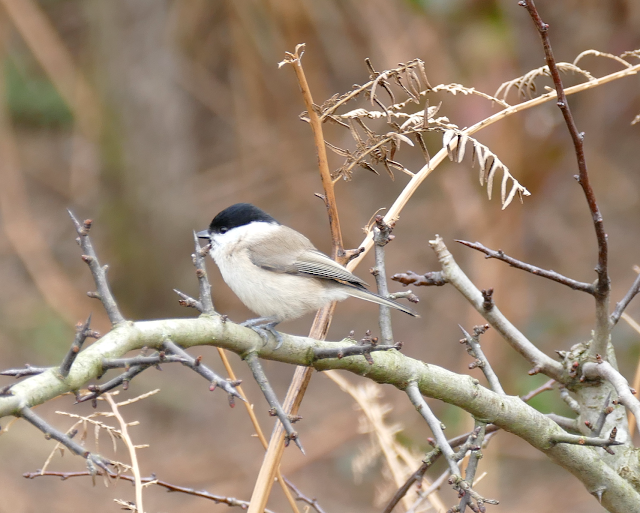 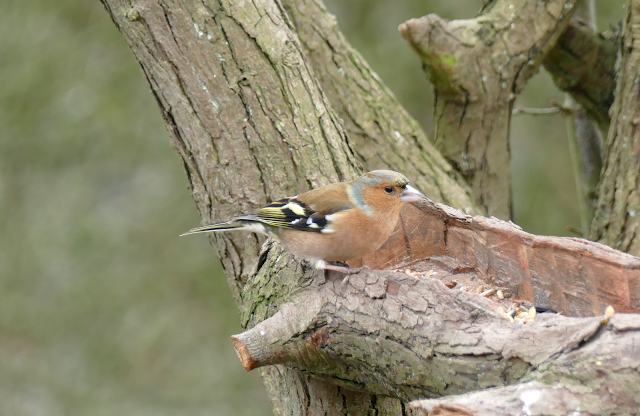 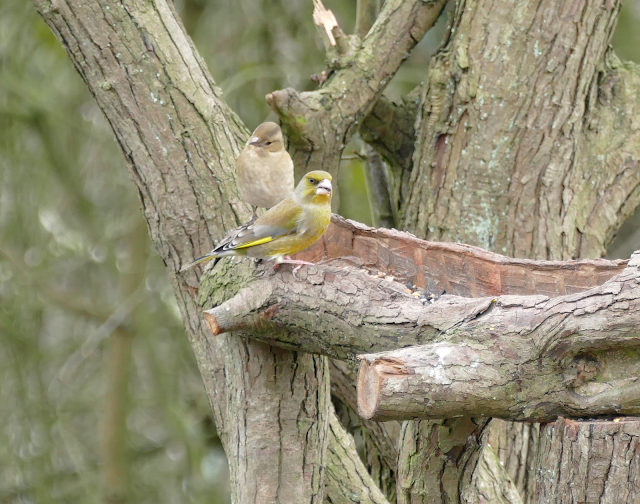 I head back to Sherwood Forest where I connect with a nice flock of around 40 Siskin, including a good number of singing males, but the light is all wrong for a photo.  I grab a coffee at the Centre and get the early afternoon bus back to Nottingham.

That would have been that, except as the bus turns left towards Farnsfield out of Bilsthorpe, there's a mixed flock of Black-headed Gulls and a few Common Gulls in the fields with the pigs and Rooks.  I scour the flock from the moving bus and right next to the road, there's a gull that's bang to rights for a 2nd winter Med, but just don't get enough on it.  I half consider shouting 'STOP!' but think better of it.  One that got away!