With my dentist having moved to Clifton and a friend holding a meeting at East Leake, I managed to wangle a lift to Gotham for the Bramblings, which had numbered 200 at the weekend.

It was 4.40pm before I was on site and I was concerned that the birds would have gone to roost. However, within a minute I was onto a flock that were drifting over head and into a clump of trees. The birds gave their subtle 'turrup' call, confirming their identity, and I watched them in the bins before attempting any photos.

Initially the birds took flight and went down into the adjacent fields but a few appeared in the hedgerow behind me and I got a few record shots, but the breeze, poor light and nervous birds didn't collude to produce anything remarkable. However, it was a cracking spot and well worth a visit later in the year, methinks. 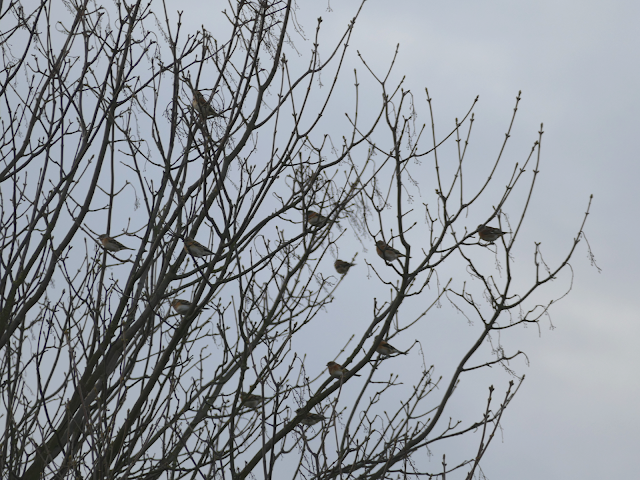 male Brambling - shame about the sticks!