With lock down restrictions still in place, this year's Big Day would need to be conducted inside my Covid-19 patch. With time at a premium, I didn't attempt to photograph everything, but took a few snaps along the way.

I decided on an earlyish start, so left the house at 05:50 and started counting the local species and immediately added Woodpigeon, Common Starling, House Sparrow, Blackbird, Feral Pigeon and Robin before I had reached the bottom of the road. Crossing the main road, I had a Grey Wagtail calling from the warehouse roof there, in the same place that I had had a pair two days earlier.

Working my way along the road and down past the local allotments, I boosted the list with Grey Heron overhead, Jackdaw, Greenfinch, Collared Dove, Carrion Crow and Magpie.

I continued down Old Coach Road and into Harrison's Plantation where I ticked off Wren, Blackcap, Long-tailed Tit and Chaffinch.

Emerging into Martin's Pond I was greeted by a family of Canada Geese, the youngsters appearing to have been fed with Ready Brek (probably showing my age there.) 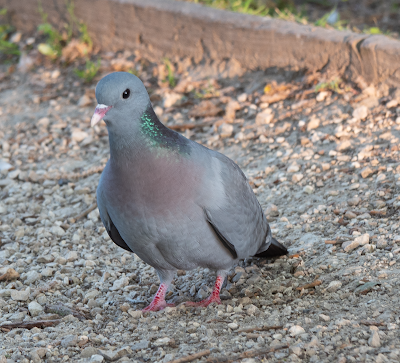 I had somehow so far missed Goldfinch and Dunnock but put this right, as I walked back up towards my house for breakfast. After a short break for a very strong coffee and mini Shredded Wheat, I set off again and knocked off Moorhen on the local wildlife pond. 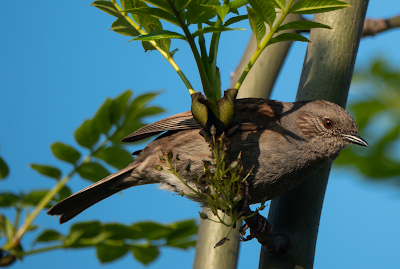 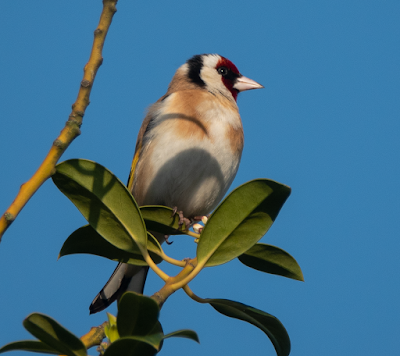 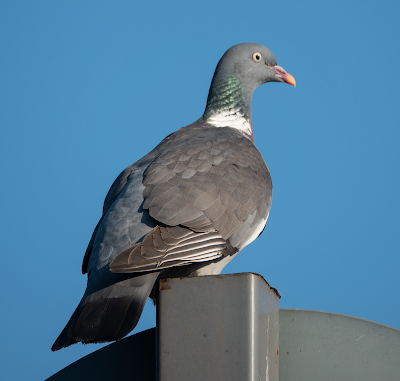 I had a 15 minute walk into Strelley and then up to the new estate by Nottingham Business Park before I added another species, but then I had a rush of ticks with Reed Warbler on the fishing pond, and on the heath and scrub - Skylark, Garden Warbler, Common Whitethroat, Lesser Whitethroat and Song Thrush. 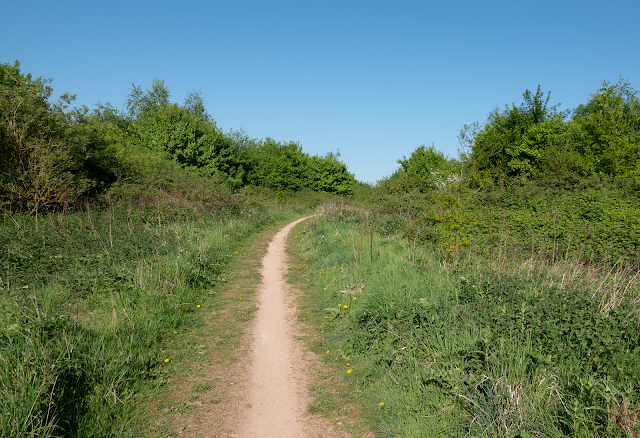 
After crossing the bridge over the Motorway, I had a Kestrel hovering overhead and on the walk down to Swingate Farm, I saw Lapwing, Common Pheasant, House Martin, Blue Tit, Barn Swallow, Common Swift and a distant Common Buzzard. 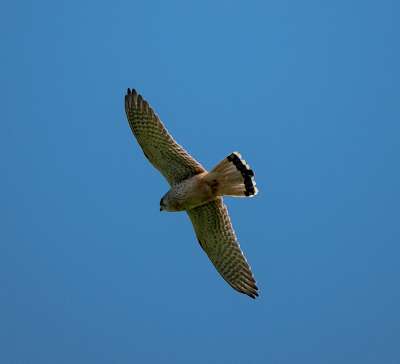 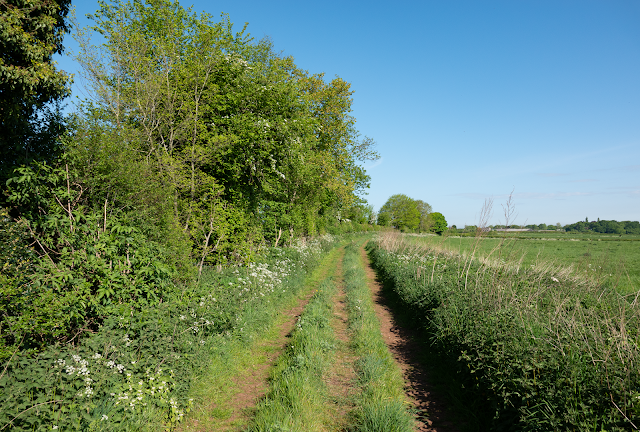 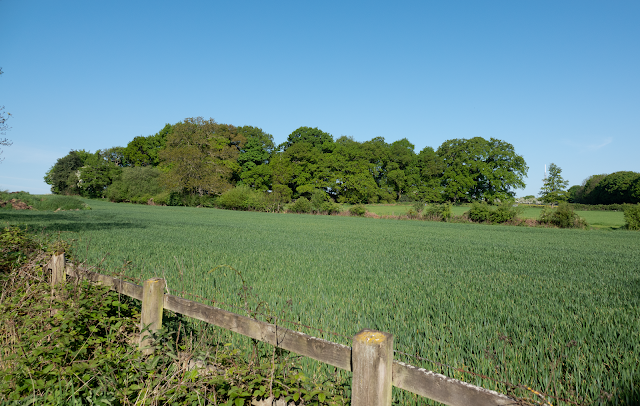 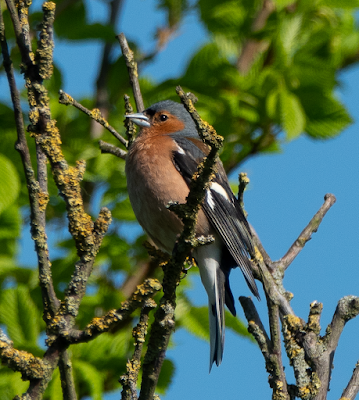 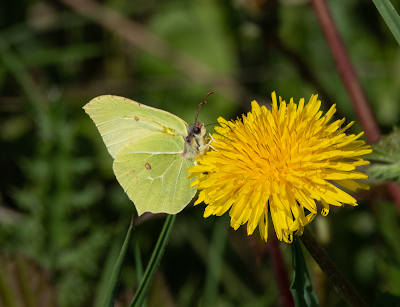 Retracing my steps and over the M1, I turned in the opposite direction and walked through Broad Oak Plantation, recording Long-tailed Tit, Willow Warbler, Mistle Thrush, Jay, Nuthatch and Great Tit. Looking at the Willow Warbler, I noticed it to be especially pale, rather grey and lacking any yellow tones - a perfect candidate for the race P.t acredula. 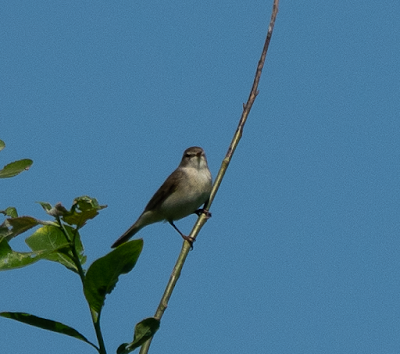 
I now had a 40 minutes walk across Strelley and Bilborough, where I added no new species but still regularly heard Blackcap, which seem to be especially abundant this year. Arriving in Wollaton and cutting through the village, I entered into the park, which was the busiest I had seen it since lock down.

Now the list started moving again, when I had Egyptian Goose on Tottle Meadows. A few minutes later at the lake, I ticked off Rose-ringed Parakeet, Green Woodpecker, Lesser Black-backed Gull, Greylag Goose and Great Crested Grebe. However, the hoped for Common Pochard, Gadwall and Red-crested Pochard weren't there. Also, despite my efforts I failed to see or hear a Treecreeper, but these have been hard this year for some reason. 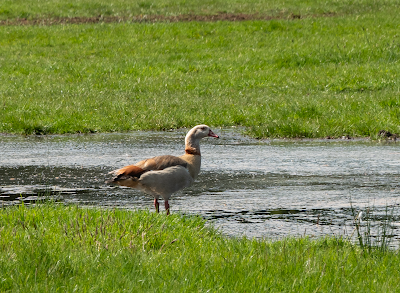 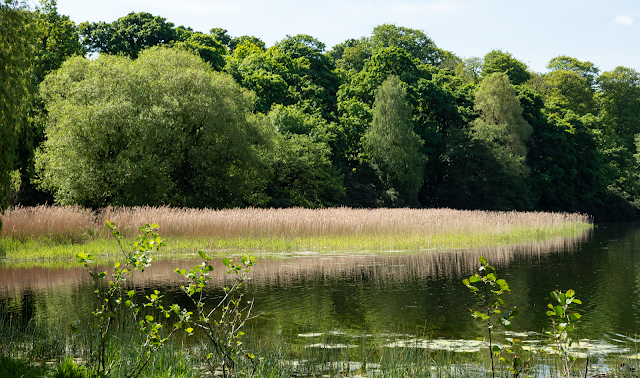 The reedbed at Wollaton Park 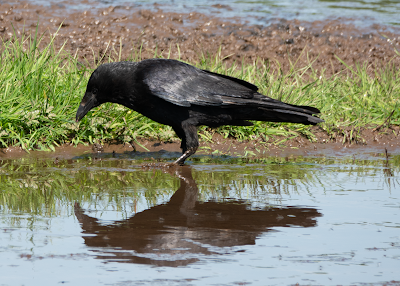 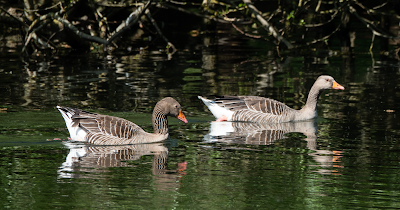 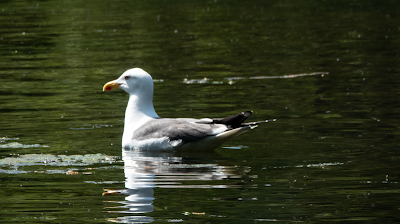 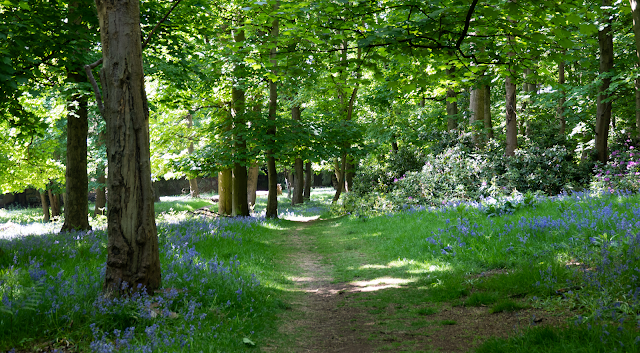 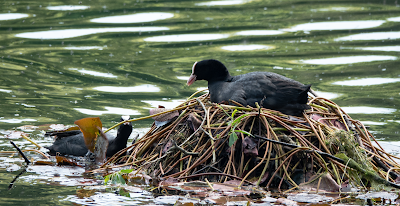 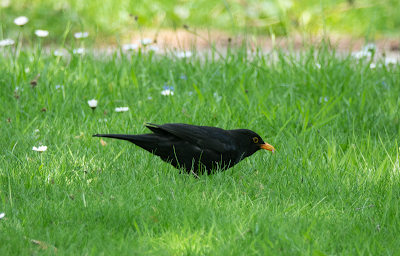 Working my way back through the park, past the golf course, I added Goldcrest and Coal Tit, which are both missable, so I was happy to get them in the bag.

I returned home for a late lunch on 56 species, which I thought was pretty good. I had so far done 12 and a half miles and although blister free, my legs were heavy, so had a break and did a bit of garden watching, hoping for a fly-over Black-headed Gull, but drew a blank there.

I set off in the late afternoon, walking around the local streets hoping for something to fly over. I was still missing Linnet, which are far from guaranteed and a Black-headed Gull, which had been flying around the local shops the day before failed to materialise. However, the effort paid off with a male Pied Wagtail on a factory roof. Another tricky species at this time of the year. 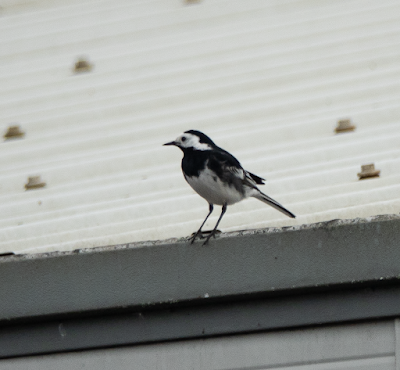 I returned home at five o'clock and set up in the garden with a glass of Leffe Blonde. After an hour, I had a flyover Linnet calling its head off and half an hour later, two more. At half past six, there was a chorus of alarm calls and I looked up to see a female Sparrowhawk flying over with a prey item in her talons. I was now on 59 species. 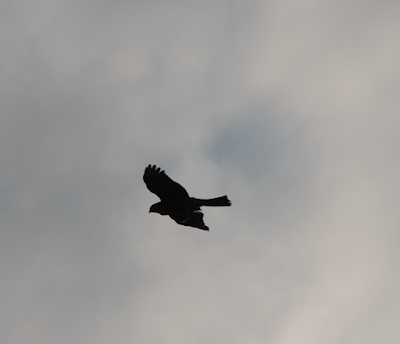 Then, at 7pm I saw a distant corvid, which I was sure wasn't a Carrion Crow and a quick view through the bins confirmed Rook!  My 60th species. I gave it till 8pm but didn't see anything new, so packed in and had a well earned lamb rogan josh with pickles and naan. As I closed the blinds for the evening, a Parliament of Magpies were sharing local gen on the house opposite. A nice way to round off an excellent day's local birding. 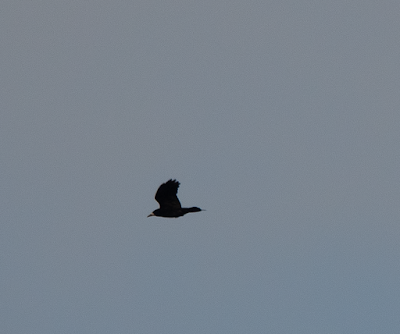 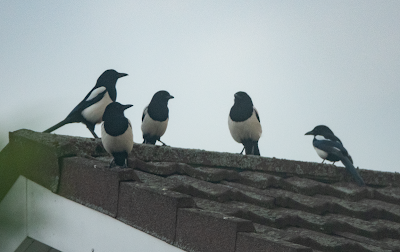