It was with some trepidation that I caught the train to Scotland on Saturday 11th January with the weather forecast nothing less than appalling. The journey north was uneventful until just past Dunbar when we ground to a halt and it was announced that the train driver had been alerted to a fallen tree on the line.

Somehow, the train staff managed to move the obstruction and I arrived in Edinburgh Waverley about 20 minutes late.  I caught a train to Musselburgh and then made my way to the sea wall, my waterproofs really being tested in the persistent rain.

Reaching the sea beyond the dams, I was surprised at the number of Goldeneye, although they were all quite some way out. However, a pair of Long-tailed Ducks were a little more obliging. I mused what a good photo I might have got in any kind of half decent weather. 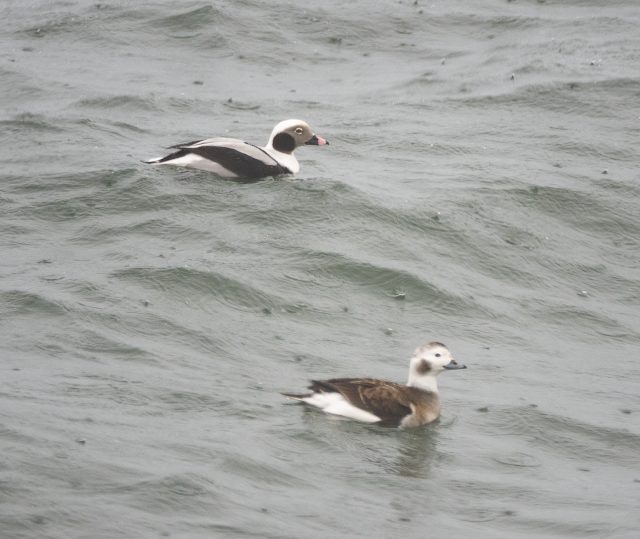 I spent the afternoon walking up and down the sea wall, hoping to get some good views of Velvet Scoter and maybe see Surf Scoter and White-winged Scoter. Unfortunately, Velvet Scoters were never close and the other species didn't show at all.

After a picnic lunch, which was eaten, as I huddled in the corner of the harbour at Fisherrow, I walked back to Musselburgh, with the rain easing off and the sun almost threatening to break through the clouds. Walking along the sea wall, I noticed a group of small birds drinking from a puddle. I immediately suspected them to be Twite and lifting my bins, I was able to confirm my supposition.  I edged along the path carefully and managed some record shots, which were quite pleasing, given the poor light. There were 38 birds altogether and I watched the birds until dusk. 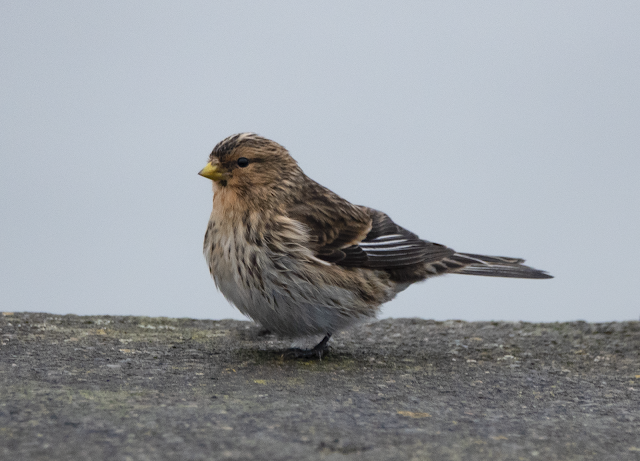 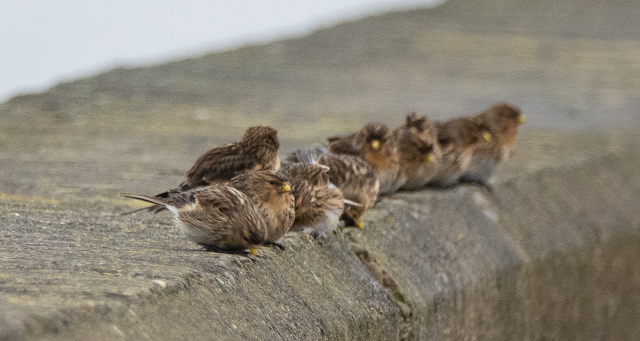 The Sunday morning was a beautiful sunny day. Another go at the Scoters was fruitless, and speaking to local birders, no one was having any more luck. I did however, get nice views of a Bar-tailed Godwit and a Curlew close in, under the sea wall. I opted to spend what time I had before my train left, birding around the mouth of the river Esk and Fisherrow Harbour.  The Goldeneye were particularly obliging and I managed to get a lovely drake as it steamed away from the river bank. 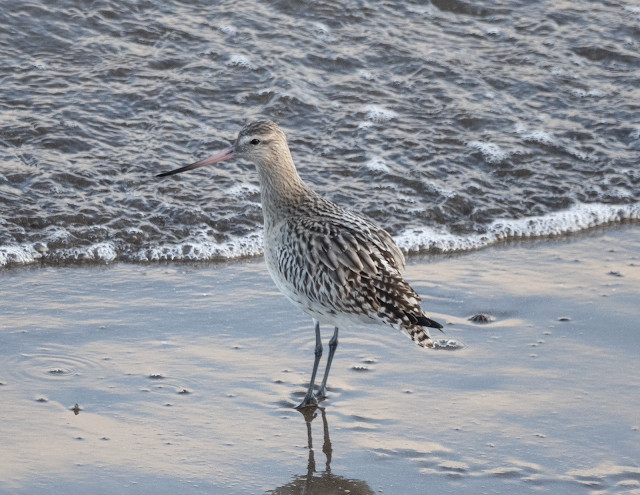 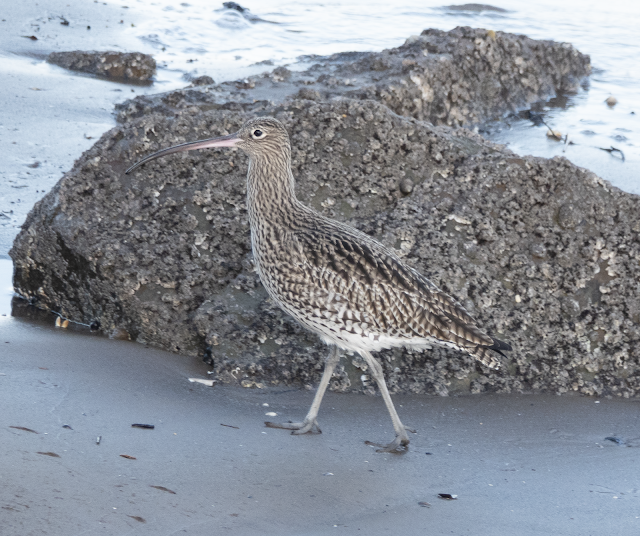 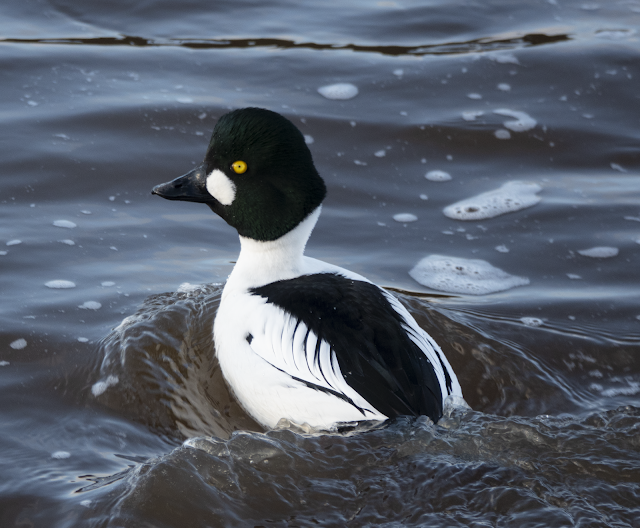 I spent the last hour searching for the White-winged Scoter, which had been reported from Fisherrow but I didn't locate it. I did have a nice flock of Common Redshanks and Dunlin in the harbour, which looked very nice in the superb light. 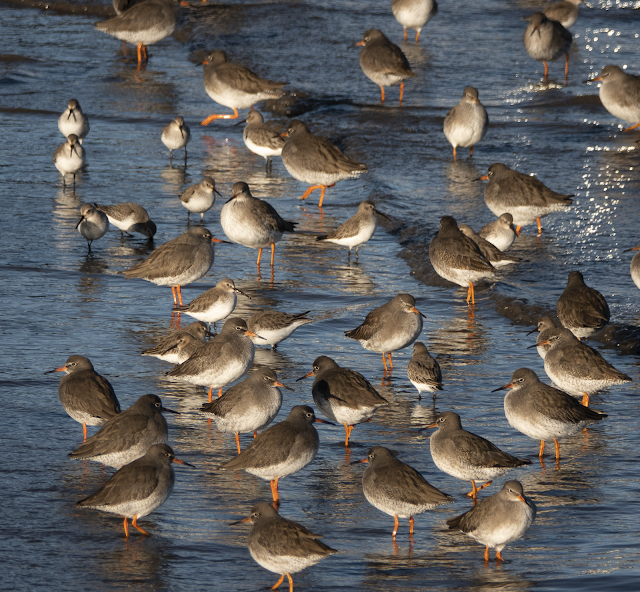