This was my second trip to Scarborough in 2 months. First off was a Scarborough Birder's pelagic, organised by Nick Addey. We set off at 7am with the breeze already picking up. Michael McNaughten was in charge of chum at the bow and we were soon attracting a few birds, including a Fulmar that came very close across the stern. It still wasn't properly light, but I did manage a decent shot as it made a second pass. 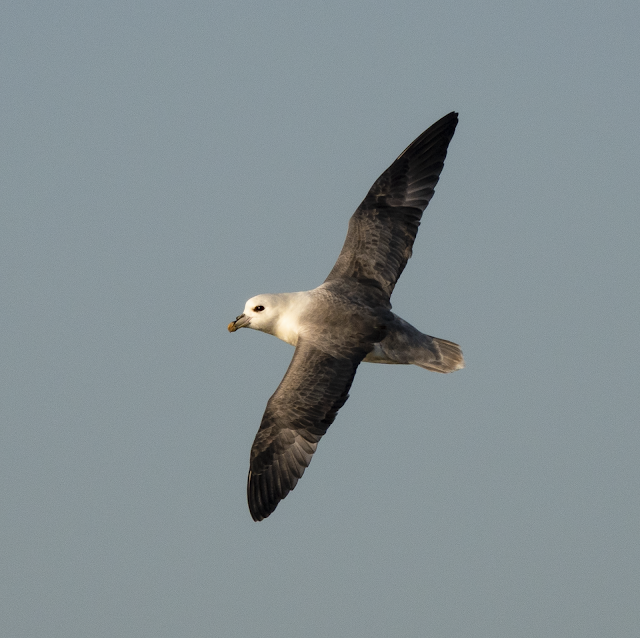 In the next couple of hours we had a few more Fulmar, plenty of Gannets, a Puffin, several Common Guillemots and single Great Skua and Arctic Skua. The latter two not lingering for long enough or close enough to allow for any record shots. However, towards the home run, as we hugged the coast, a Gannet followed the boat providing ample opportunities for a photo. 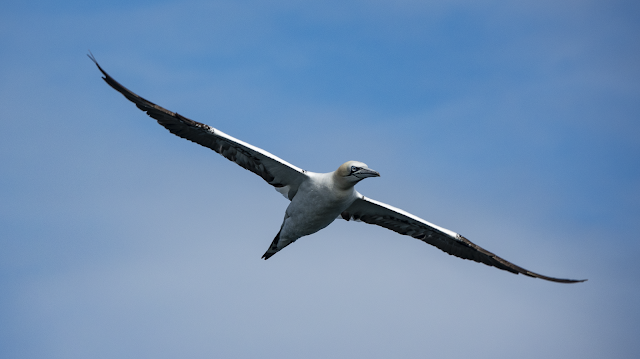 
About 40 minutes from home Michael unloaded the remaining chum and we were picking up a nice gathering of larger gulls. Sharp-eyed as ever, he gave a shout for a probable 'Cach', and I was soon on to the bird, although the movement of the boat and the way the birds were intermingling and squabbling meant that it was a challenge, as I switched between bins and camera. There appeared to be a second candidate, although I concentrated on the first bird, which appeared to be a classic first winter Caspian Gull.

Reviewing my photos that evening, there was no doubt. 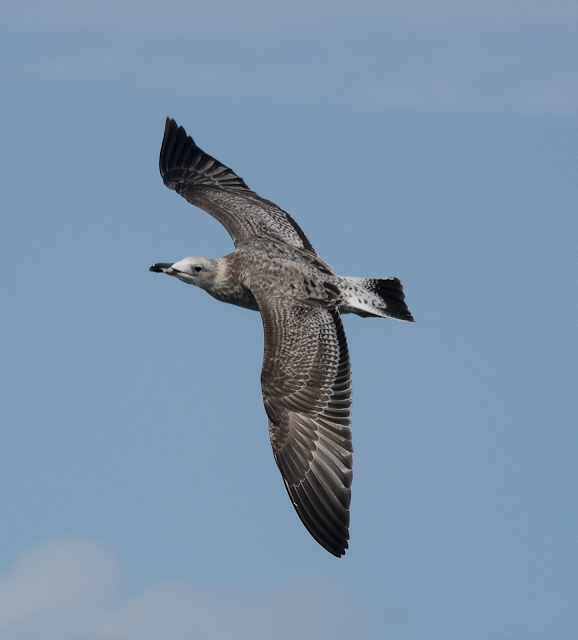 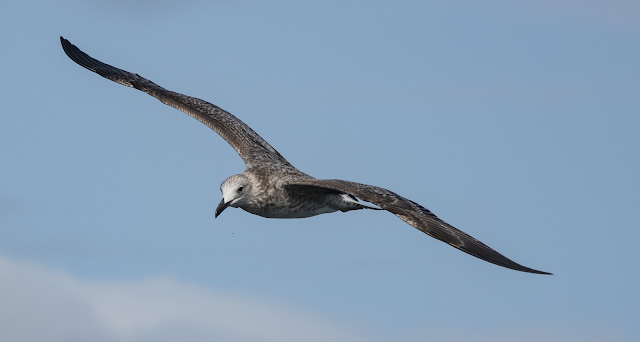 The next few days were spent birding between Scalby Mills and Holbeck.

The Peregrines were showing particularly well on the 2nd, with perfect light. I joined Adrian Ewart on Marine Drive and we watched an adult swoop along the cliffs, taking a juvenile Kittiwake before passing the kill to it's offspring. It was an amazing display.

In the same area were two rather conviding Northern Wheatear, including a splendid male, which were part of a notable influx along the coast. A nearby Great Black-backed Gull was posing nicely. 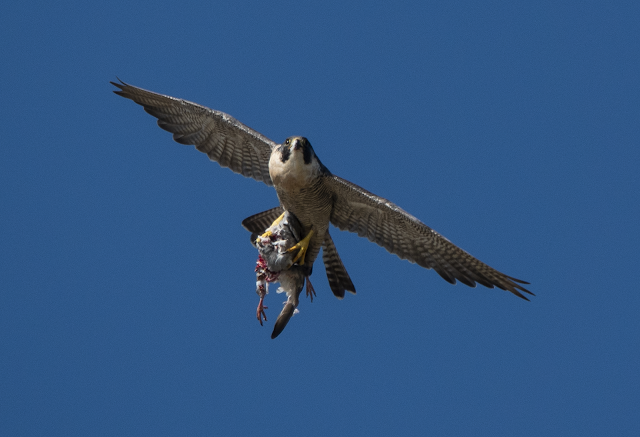 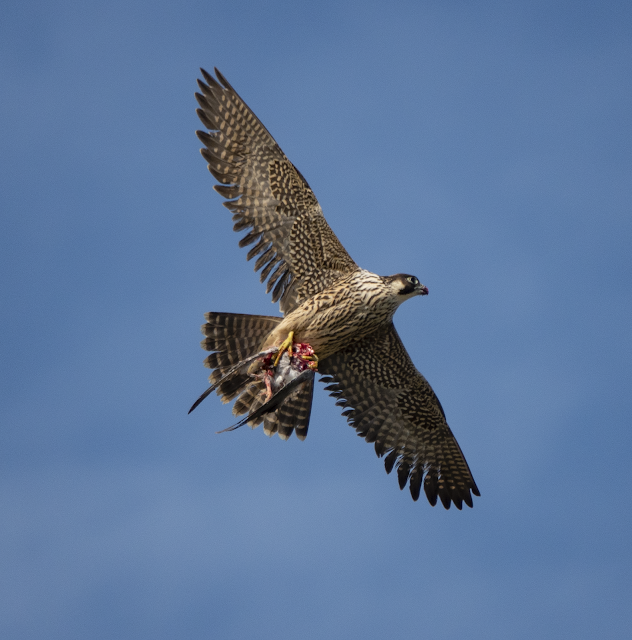 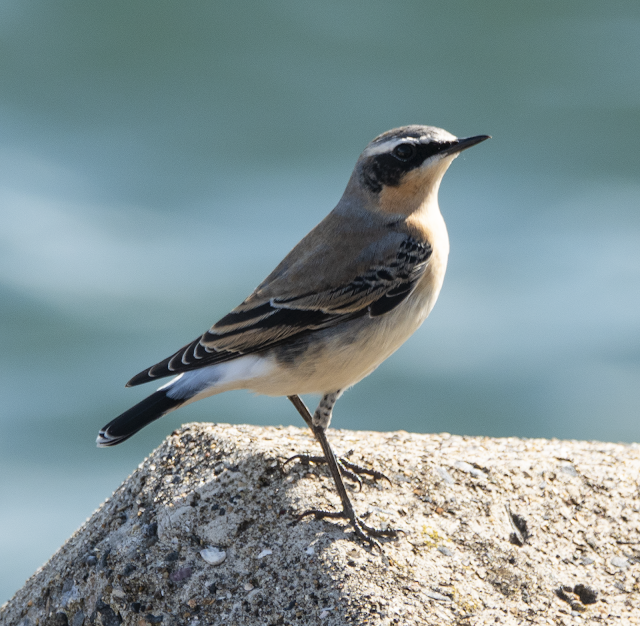 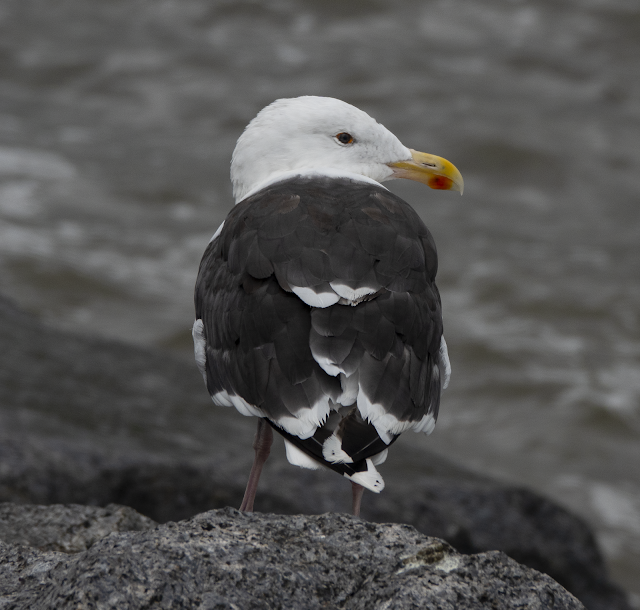 On the evening of the 3rd, I made the descent to Jackson's Bay, a task best undertaken in dry weather.

Three Bar-tailed Godwits were on the south end of the beach but didn't allow a very close approach. In the pebbly north end were a scattering of Ringed Plover and Dunlin, and plonking myself on the deck, a Dunlin approached quite close, although by now, the best of the light had passed. 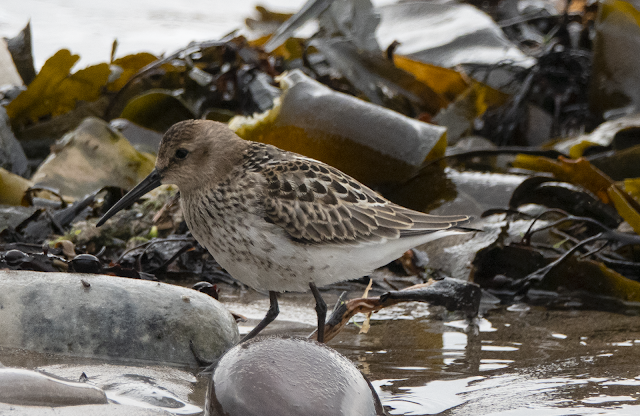 
While on a visit to Scalby Mills on the 4th, I noted a large wader some way off in north bay.  A walk down on to the beach there proved fruitful and the bird was rather more approachable than the birds on the previous evening. This bird was bearing coloured tags and subsequent inquiries reveal that it had been ringed four days earlier at Stavanger, Norway. 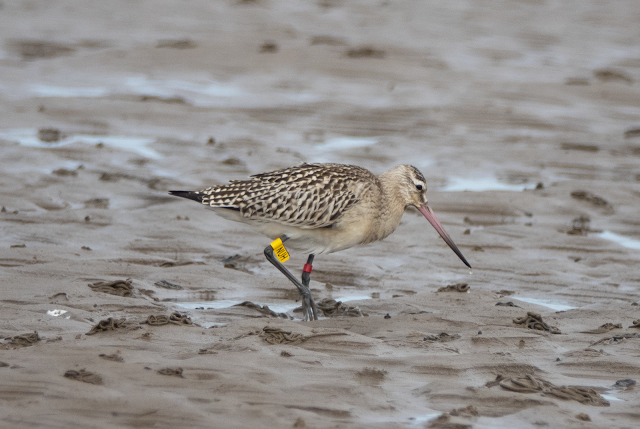 The following day, was fairly quiet. A party of Barn Swallow at Scalby Mills were coming close to the sea wall, and I managed to capture one in mid flight.  Later on, a visit to South Bay armed with my trusty M&S scones, I managed to get close to several Mediterranean Gulls, including two nice 1st winters five adults and a second summer bird. 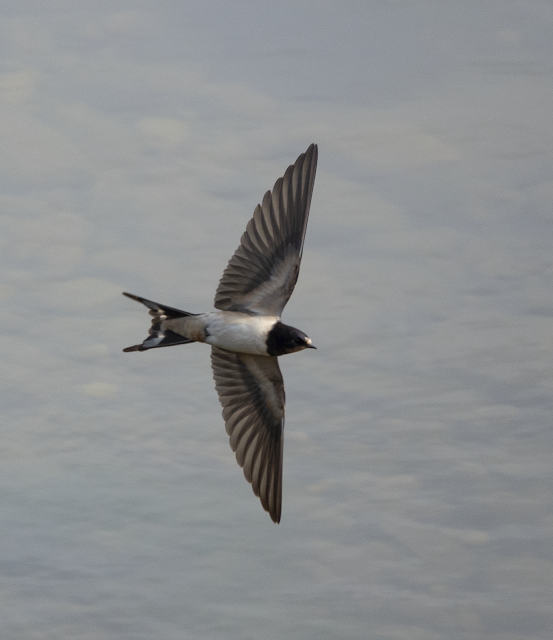 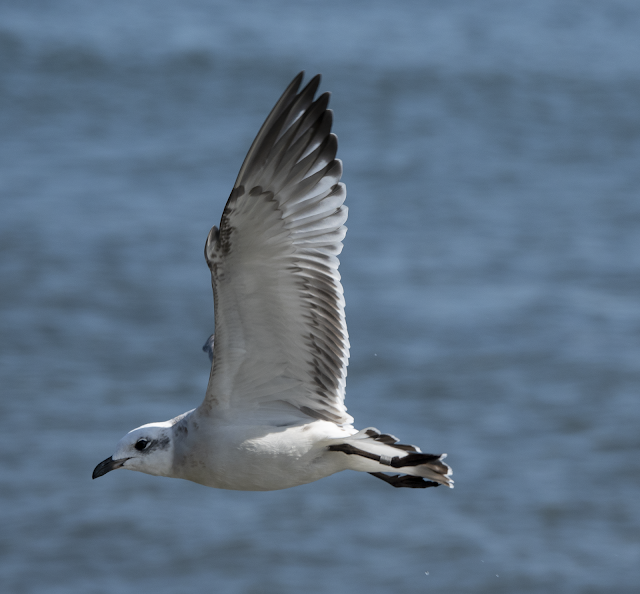 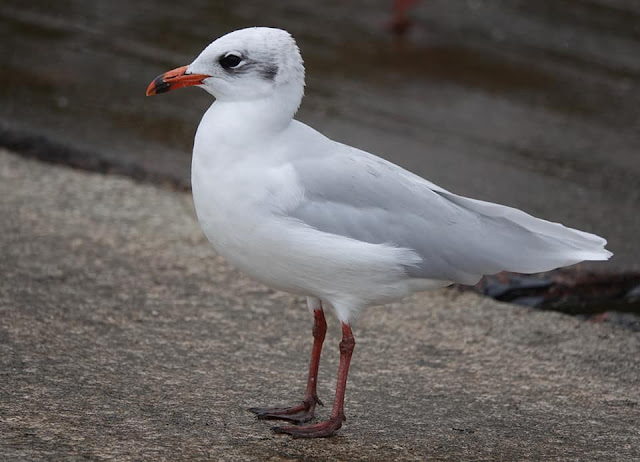 A walk along Marine Drive later in the week failed to produce the excitement of earlier in the week, but an adult was perched on one of the lower ledges and I'm pleased with the image below, despite the light being rather poor. 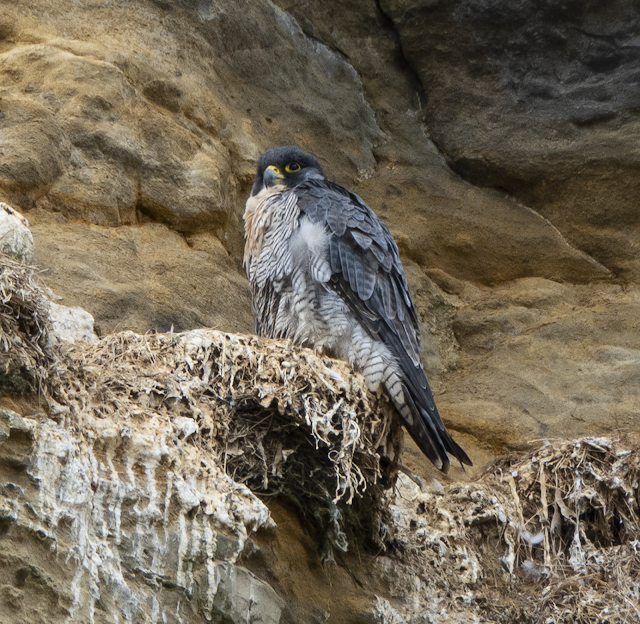