You know how it is... it's mid summer and the bird have gone quiet.  I normally pursue the local lepidoptera and odonata and decided this year that I need a new challenge.  I'm still not quite sure why, but I opted to have a go at hoverflies (Syrphidae) and I've not looked back.

The in built zoom of my Panasonic FZ100 seems completely suitable to snapping these remarkable insects.  Here's my efforts to date. 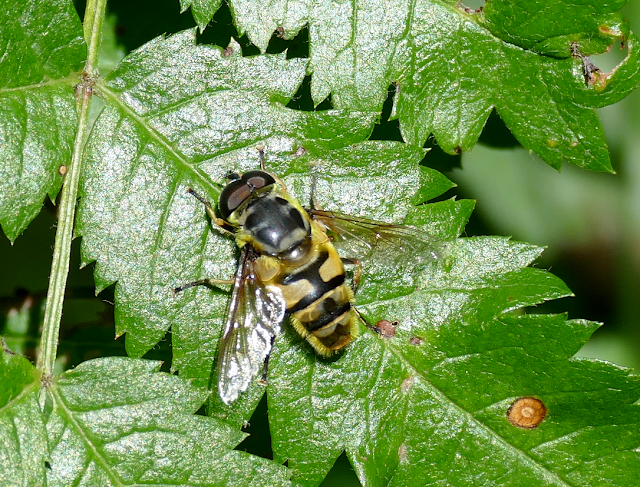 Possibly the most wasp-like hoverfly, this is the first species that I identified.  The one in the photo was just in my garden on 8th August.  I can now do these with the naked eye and seems to be one of the most abundant species in the area. 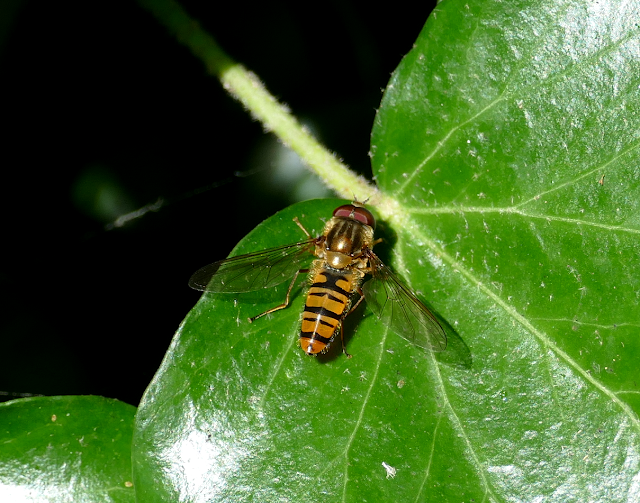 Another common species, this was at the same spot as the M florea.  Quite variable I've found but again, easily identified with the naked eye.

Not a brilliant photo, but it's the only one I've got.  This fuzzy little guy was the third species that I identified. 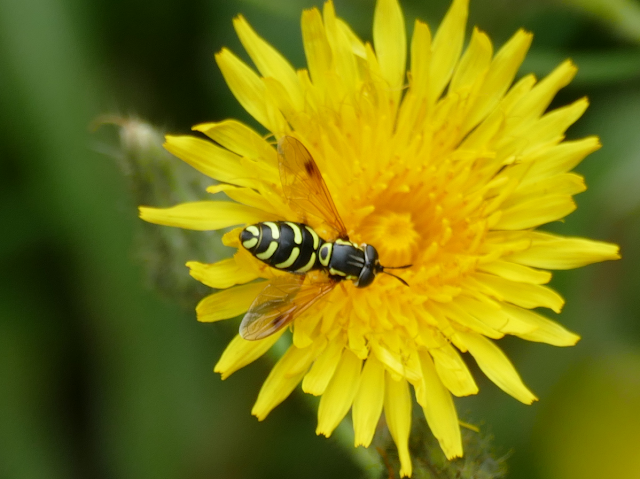 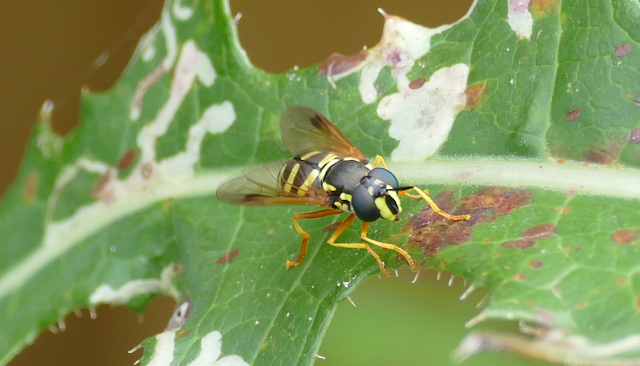 This colourful insect was quite a decent find, apparently.  I'm quite pleased with the head on shot, above.

Below are three rather similar species but all readily identifiable given the right views of their diagnostic features. 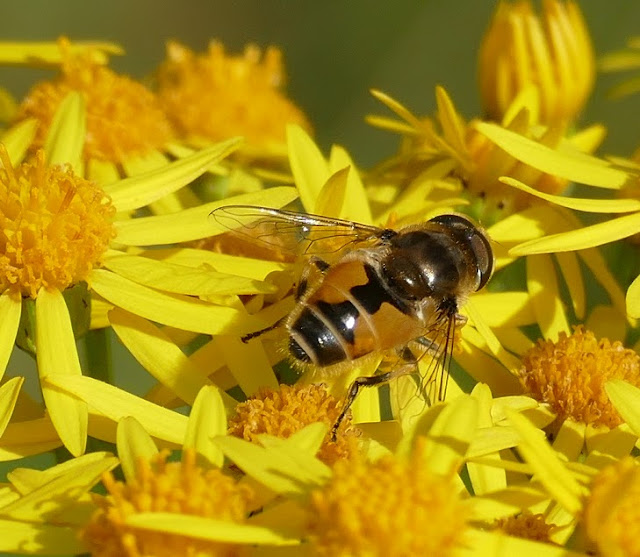 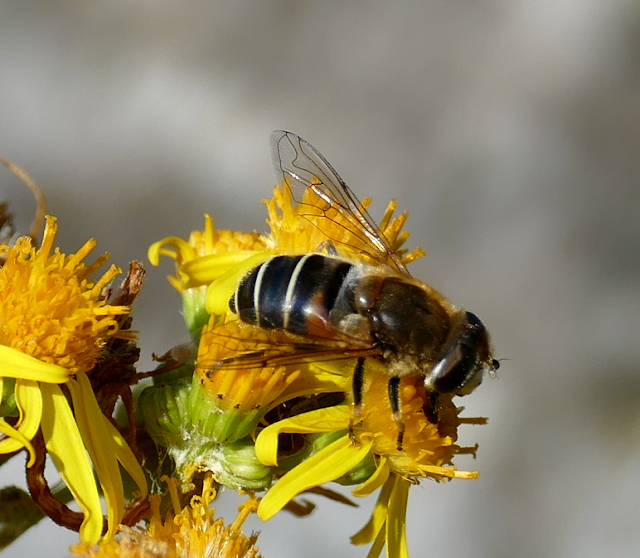 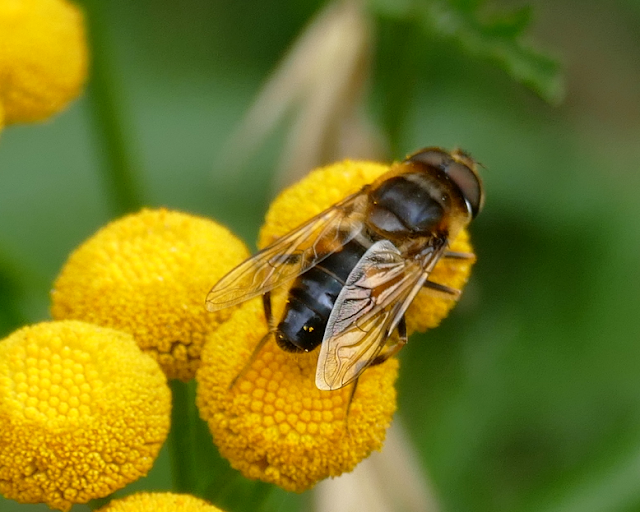 Another similar but different pair, below. 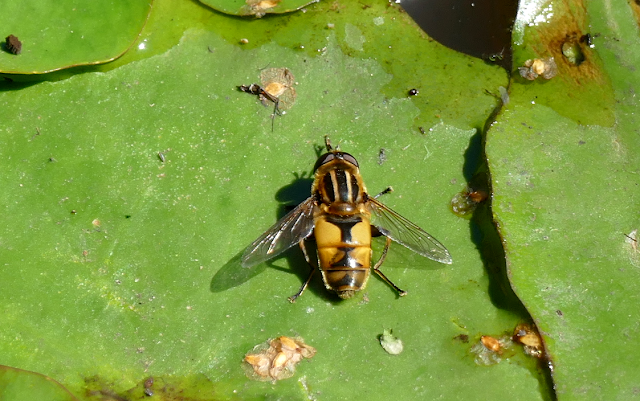 This insect was one of two noted at Attenborough NR, where they are common in the summer.  I'm hoping to get a closer shot of one of these, at some point. 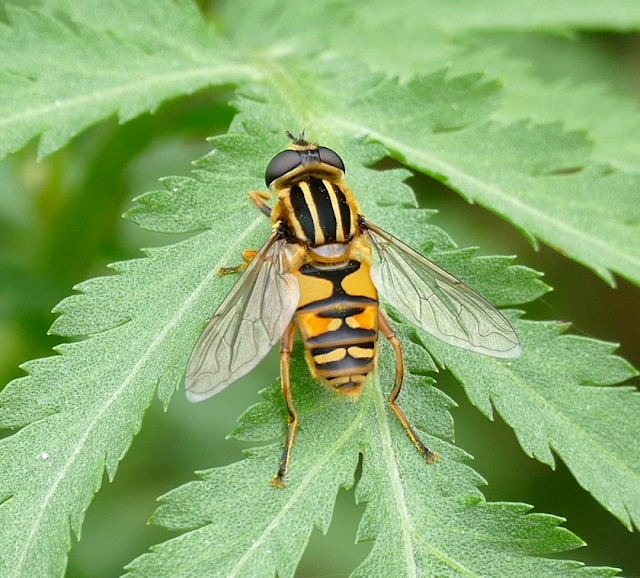 This was at Rutland Water during the Bird Fair.  I was going to concentrate on birds, but my valve blew and I had to go look for some hovers!

Not all hoverflies can be certainly identified.  A couple of examples, below 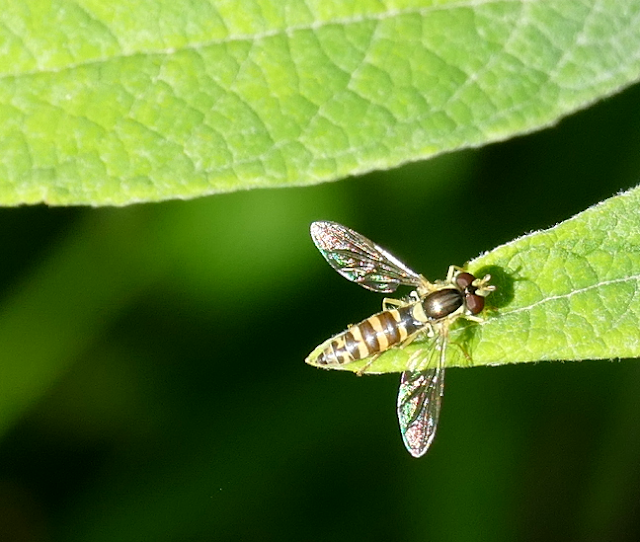 This one was seen on a lunch time walk at Lenton. 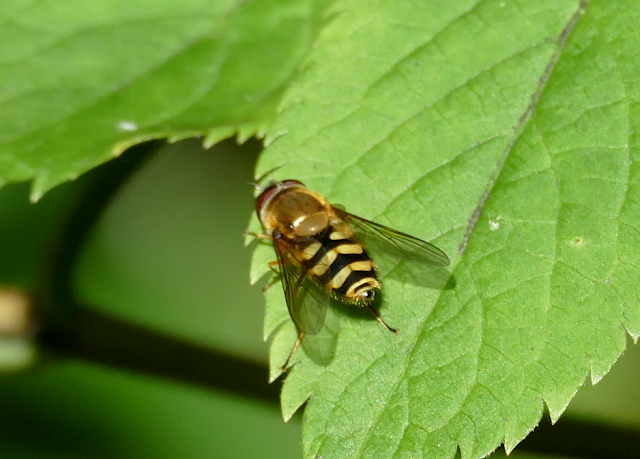 Another one from my first few days of studying hoverflies, on my local patch in Beechdale, Nottingham. 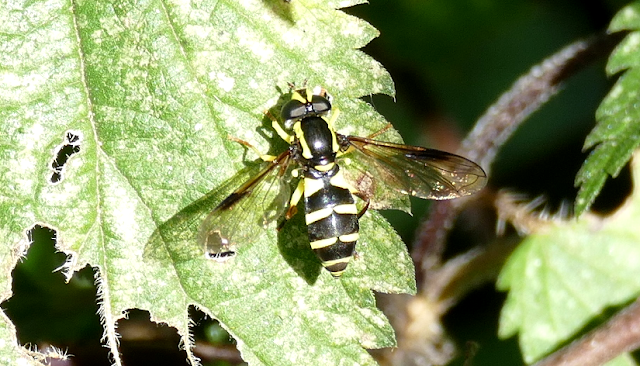 The latest addition to my list, noted at Attenborough NR on 26th August.