As a fanatical birder but a less than fanatical and incompetent photographer, I am persistently frustrated by poor light, bleaching sun and uncooperative birds.  Not so today.   Almost without exception, everything performed perfectly in excellent light.  It was a joy to be in the field.

I had wanted to go on the Brands Hill vismig, but work commitments dictated that I had to pull out at the last minute.  I eventually got out at about 8 and decided to head for Attenborough NR, hoping to bag a few year ticks.


I arrive by bus, and jump off at the Blue Bell and proceed through the village and down past Church Pond.  Cetti's Warblers and Blackcap are in full voice and I am optimistic for a nice day.

I work my way along Barton Lane and check in at Corbett hide where Nigel Slater is watching black headed gulls on the island along with commoner species and a pair of Lesser Black-backed Gulls. We are joined presently by Mark Speck who's had two Curlews - of which more later.

Leaving the hide I retrace my steps and am pleased to get my first year tick, as a Lesser Whitethroat is singing but skulking as is its want.  At the corner field to the left of Kingfisher hide, its relative the Common Whitethroat is in full song and shows amazing well. 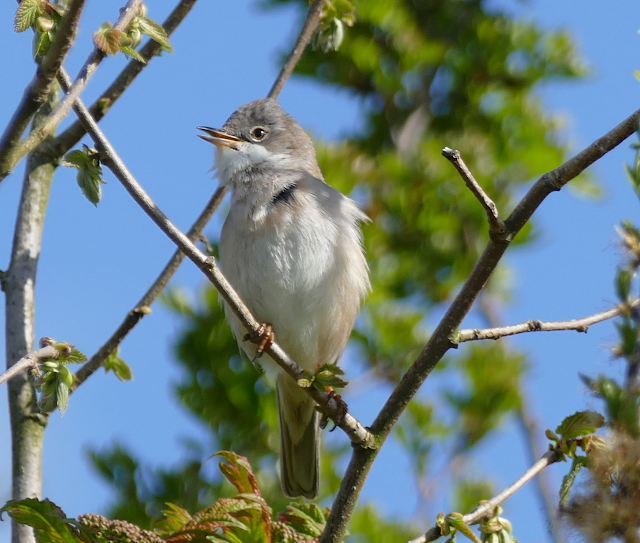 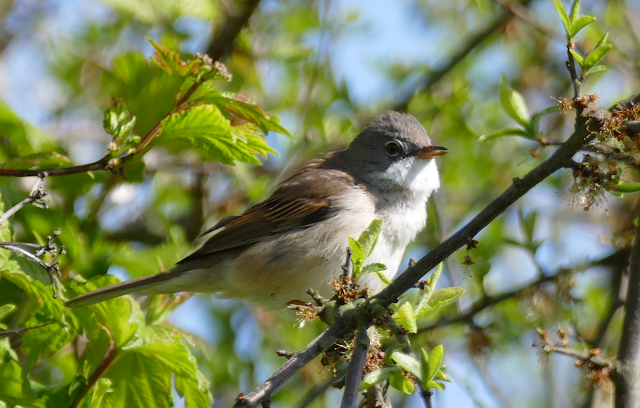 I continue along Barton Lane and bump into Sean Browne who's hoping to relocate a Common Redstart that he had seen the day before, but all that's doing is a Dunnock and a reasonably showy Blackcap who's singing beautifully. 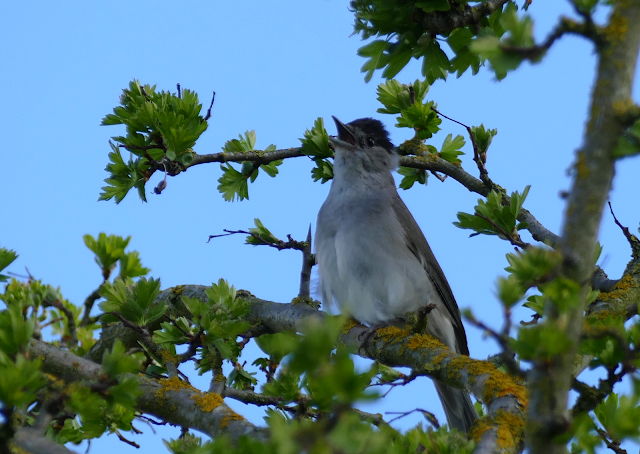 I continue my ramble and decide to explore the bushes opposite the river Trent.  The reserve is alive with bird song and I get fantastic views of a Sedge Warbler, as it perches atop a branch seeming unconcerned by my presence. 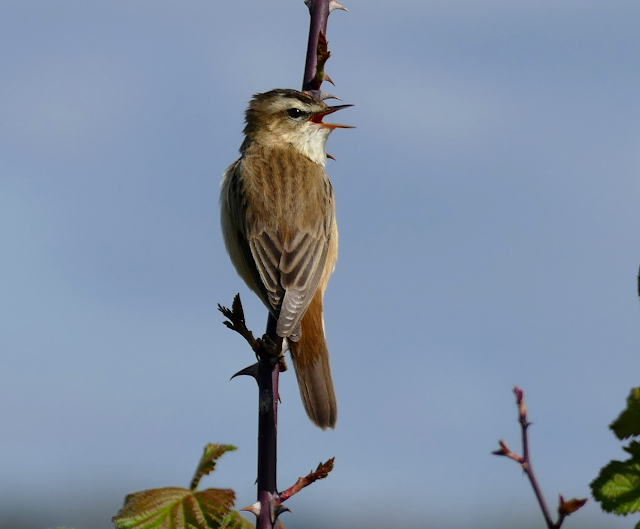 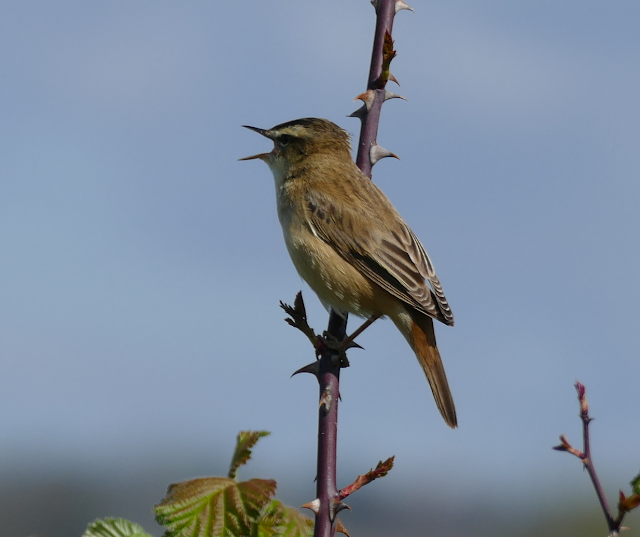 I assume my bag of good photos is now full but nature as other ideas, and just a bit further along I see a pair of Reed Buntings.  Remarkably, both the male and female take turns to perch up for me and I get some more very pleasing images of these subtly beautiful birds.  The female allows even closer approach than the male. 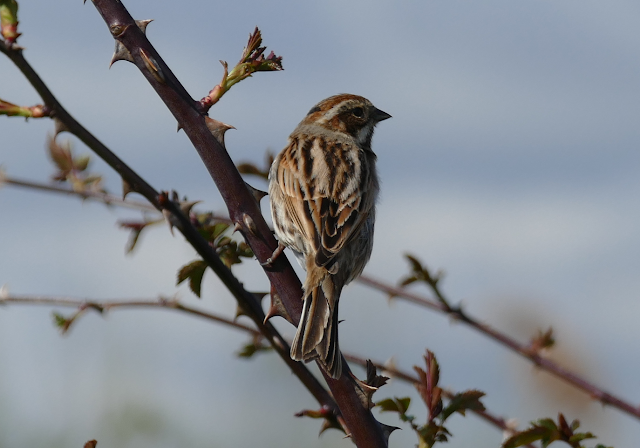 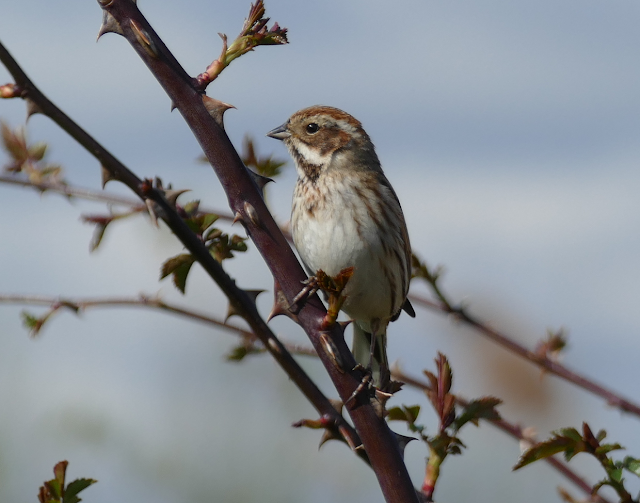 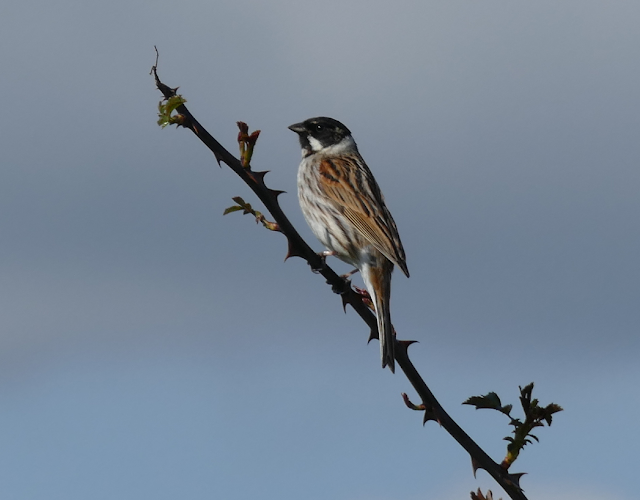 I add Kestrel and Willow Warbler to the day list but miss out on Grasshopper Warbler and decide it's time for coffee and cake.  My progress is halted by a stunning Goldfinch, which perches right in front of me, giving beautiful views. 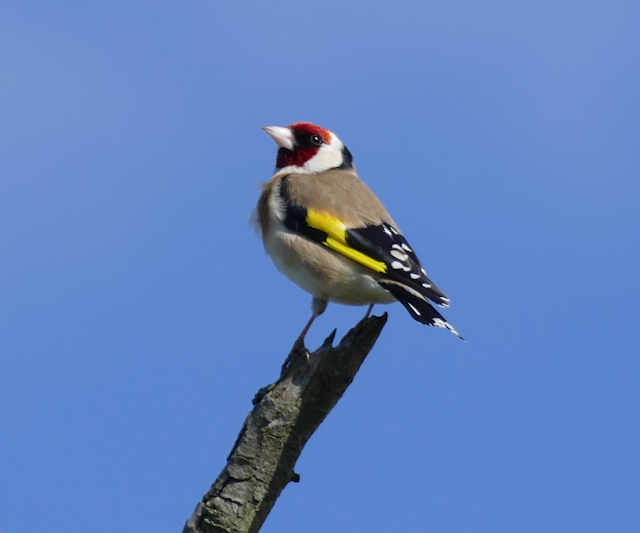 I make my way back to the centre but feel the need to check in at the tower hide again.  As I am about to ascend the steps, two long-billed waders fly past.  One is markedly larger than the other and through the bins I'm sure the smaller one is a Whimbrel and the other, a male Curlew.  However, I don't see either for long enough to be 100% certain and with no call, they're left unidentified.  As I get in the hide, Rob Woodward is there and I get him onto them, but by now they're a bit distant but appear to go down in fields in front of Brands Hill.  Were these Mark's Curlew?  Was one actually a Whimbrel?

As I wander to the centre, I see a Shoveler fly past, which is slightly late.  When I get to the main car park, the ice cream van is there and the place is now heaving with people.  Heading to my left I am delighted to see a pair of Common Terns that are fishing right next to the bridge.   I get a shot of one bird as it flies past. 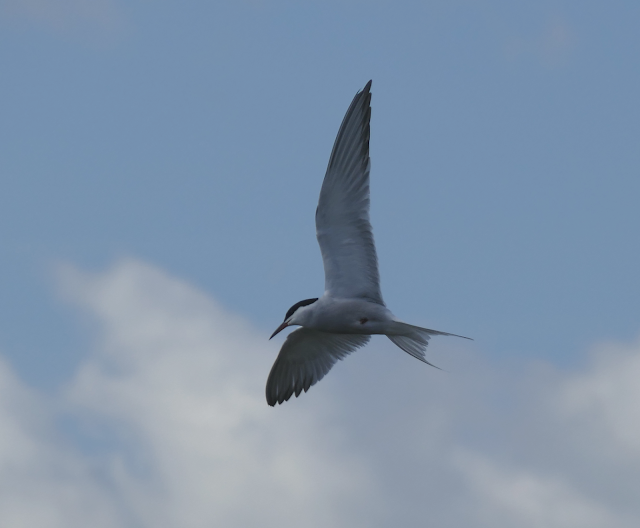 In the Center the Peanut Stack is giving crippling views and I order a piece with squirty cream to go with my cappucino!

Replete with cake, I decide to check out the Sand Martin colony and position myself strategically. Getting one as it comes in and out of its burrow requires more skill than I have, but the way the day's going I go for it, and set my camera to rapid burst.  Alas, it's not to be, but then I notice a bird on the shingle that's just picked up a twig and I somehow capture the bird just as it's about to take off.  Jammy or what?! 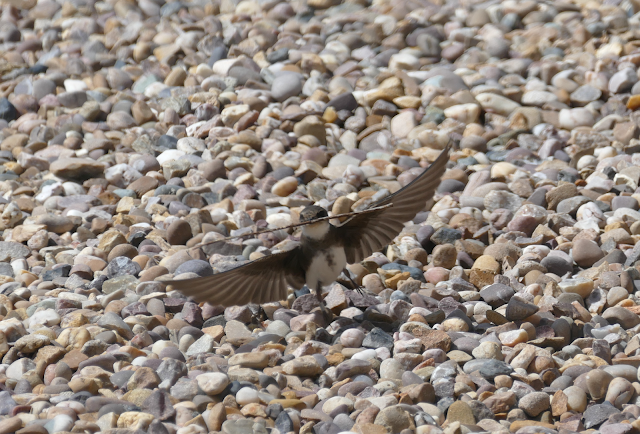 I say 'Hi' to Tim Sexton and we have a quick chat before heading back out into the sun.

I have to catch the 2.30pm train but there's just time for one more photo, as a Great Crested Grebe gets caught in a breeze and has a temporary bouffant as its crest blows back to front. 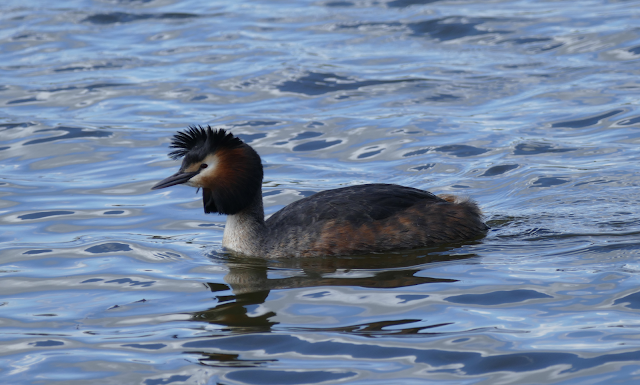 And that's about it, and I round off the day with a Lesser Redpoll in the Fisherman's Car Park before getting the train back to Nottingham.