Redpoll is a bird I see all too infrequently in recent years, and has become rather scarce locally, but 2021 saw a bit of an influx in Nottingham, with a small flock around the Wollaton area. Following my normal route I heard the flight call along with the odd Siskin and noticed a few birds perching high in the trees on the edge of Harrison's Plantation, close to Old Coach Road. This was on the 7th March and the birds remained high in the trees and I only managed some record shots.

I returned on 8th and there seemed to be more birds, maybe 15 in all along with a few Siskins, although the latter remained very elusive, with a few males singing from high up. After about an hour a couple of Redpolls came lower down and I managed a couple of decent shots. 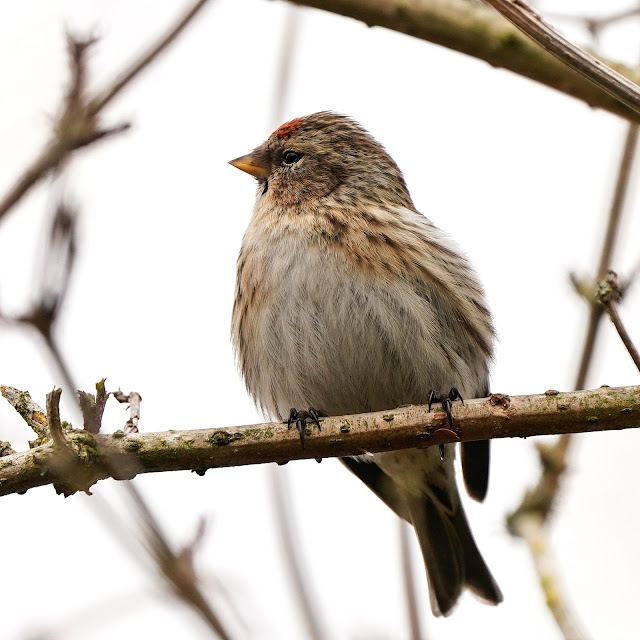 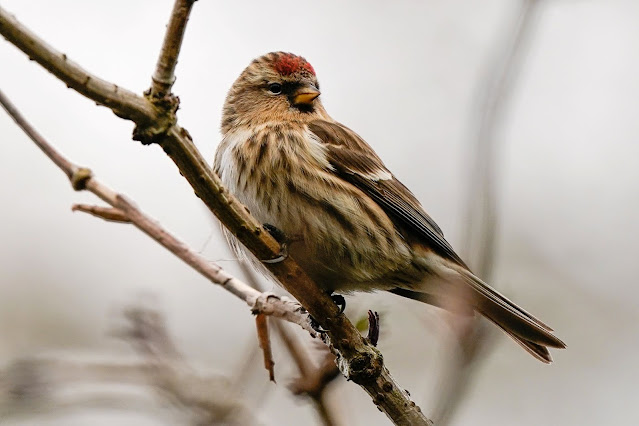 Returning the following day, I spent about an hour and a half with the birds, the flock having grown to about 30 and the birds were now going into a garden, out of sight but were using an elder as a perch before dropping into the garden. Positioning myself next to a fence, I was able to remain inconspicuous enough to get some really pleasing photos of two nice adults. 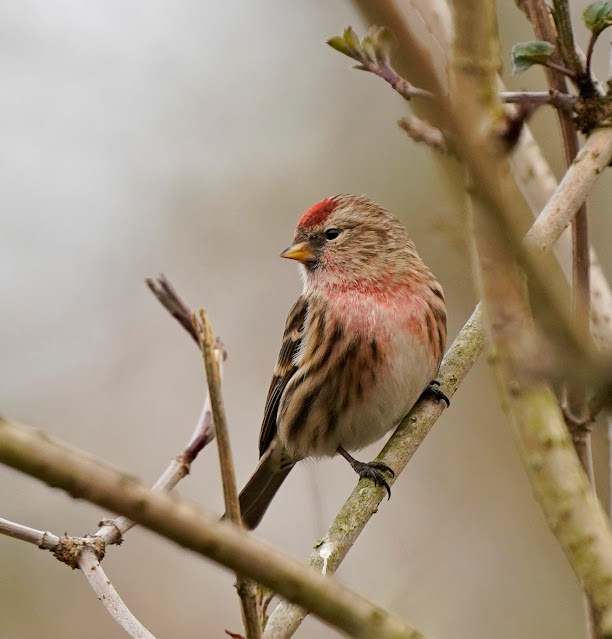 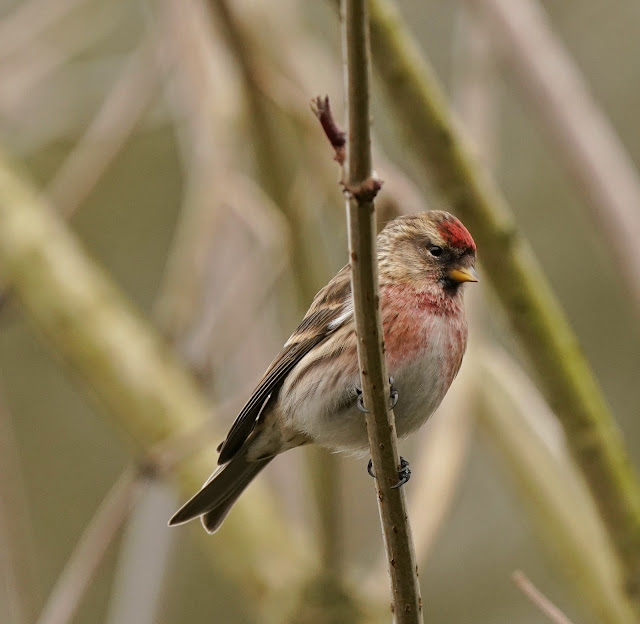 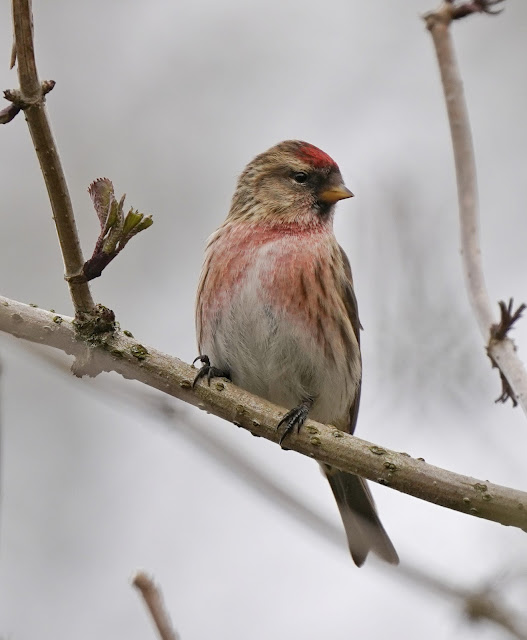 Despite all my efforts, I never saw any bird that was a good candidate for a Mealy.

That was until 20th March, when I located a very interesting looking bird, which I think fits with a spring Mealy Redpoll, although I'm not sure a pale Lesser can be absolutely ruled out. 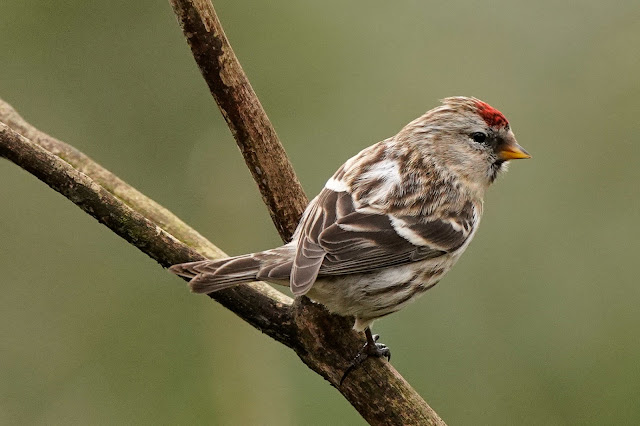 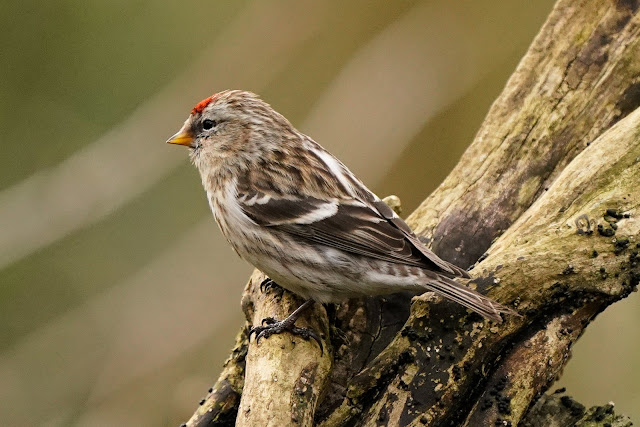 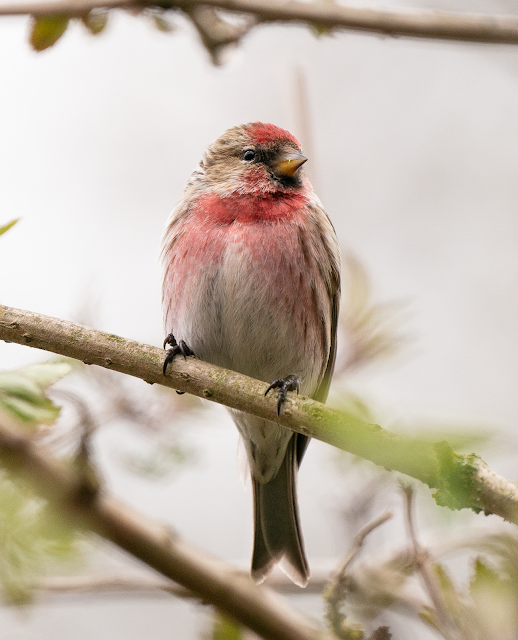 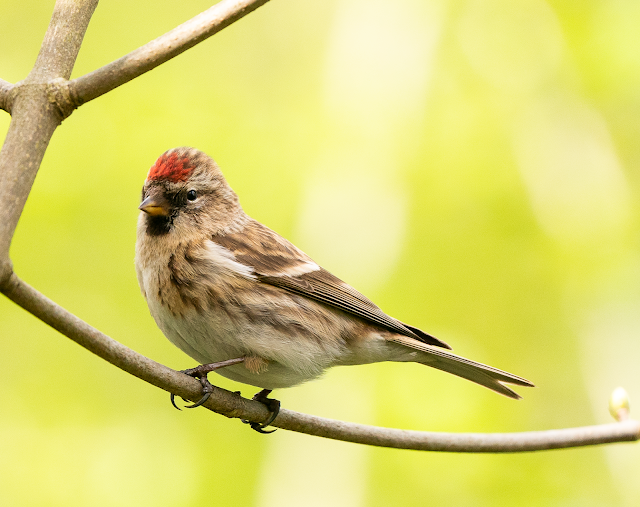