It's a while since I had seen Cattle Egret in the UK, so hearing that two had been showing well at the WWT Reserve in Norfolk, I spent the day there, with hopes of photographing at least one of the egrets.

Failing on the first attempt, when the birds were flushed by a dog walker, I spent a pleasant day in the hides, with a very smart Greater Scaup and eventually saw the Cattle Egrets at close quarters as I headed back to Ely.  Asking the taxi driver to pause by the bridge, I did my best not to flush the birds, which were right next to the bank. I failed, but did end up with a very nice flight shot with the light in the right place (at last!). 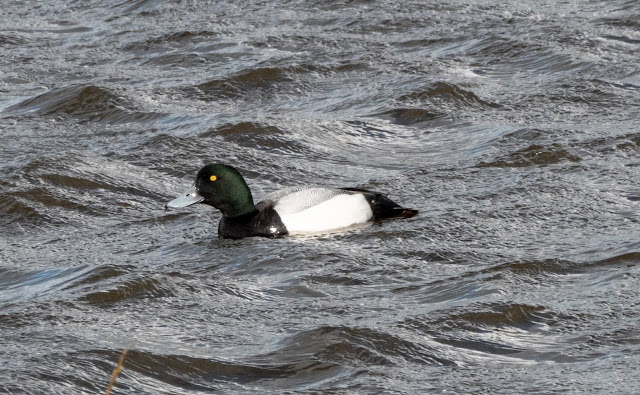 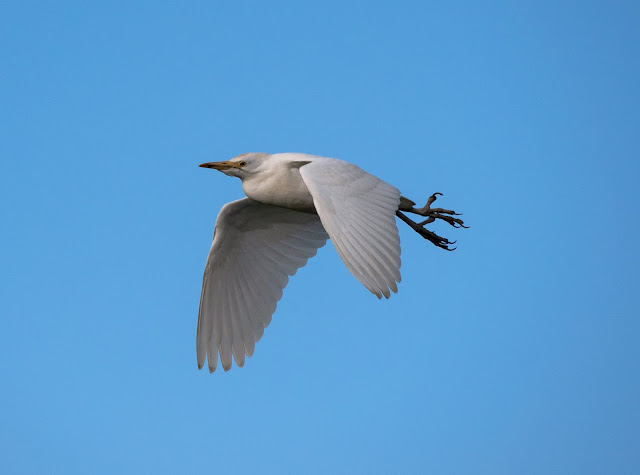