With the adrenaline from the Bee-eaters still pumping, I have an early night and a crack of dawn start on the Saturday morning.  After taking a six o'clock train to Grantham and then a Virgin east coast 125, I'm on my way to Berwick-upon-Tweed by half past seven.  The birding starts in the railway station of the border town as an incredibly confiding Pied Wagtail struts along the platform. 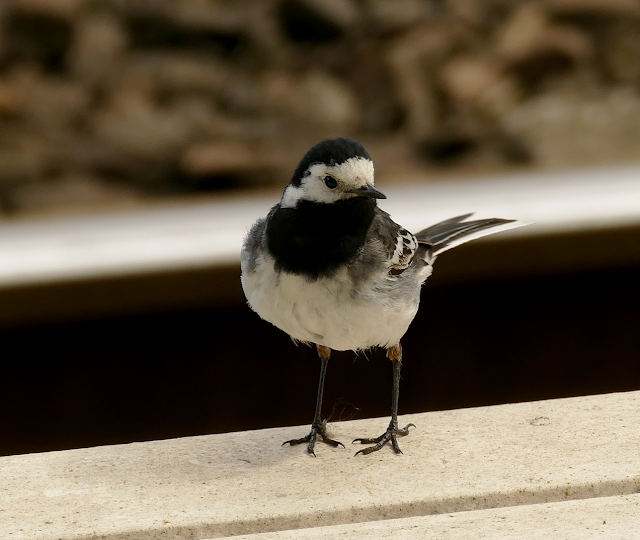 After whiling away an hour in the not unpleasant town centre, I catch a bus to the little town of Seahouses.  This has to be one of the most scenic bus rides in England with the double decker bus affording great views of the country side and the amazing Bamburgh Castle. 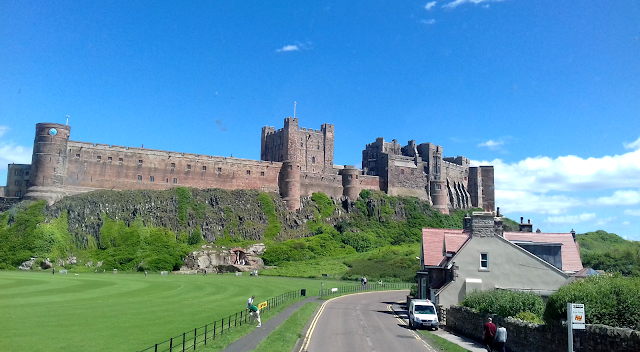 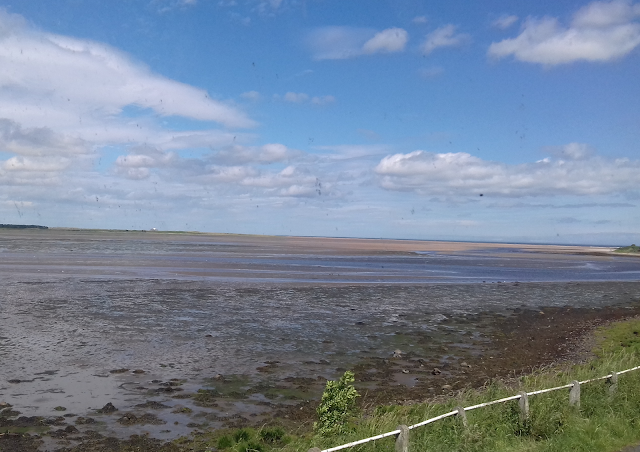 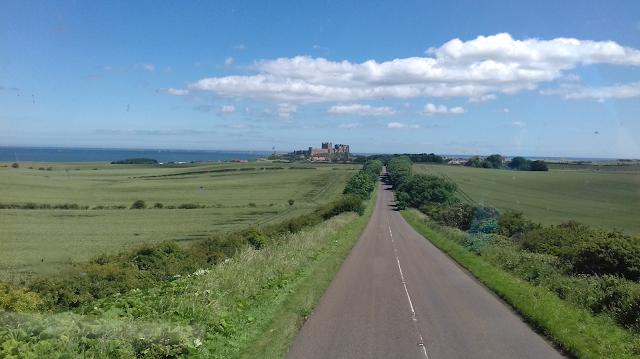 After dropping off my rucksack at my guest house, I walk down to the little harbour at Seahouses where I have an enjoyable hour taking some photos of the local birds.  The light is excellent and I obtain some decent images around the harbour. 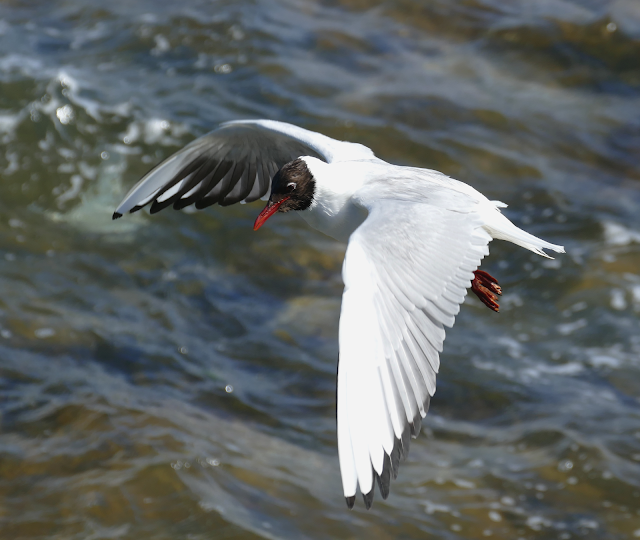 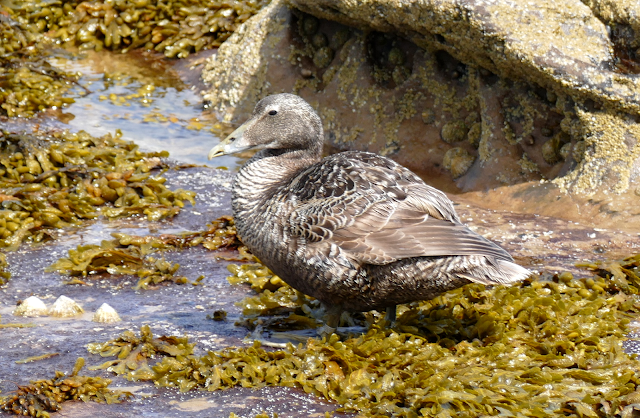 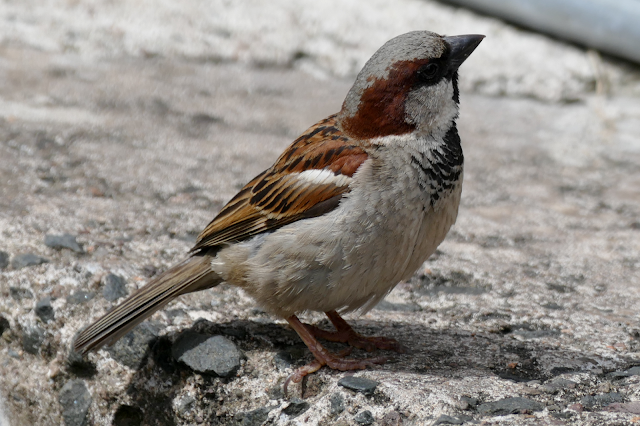 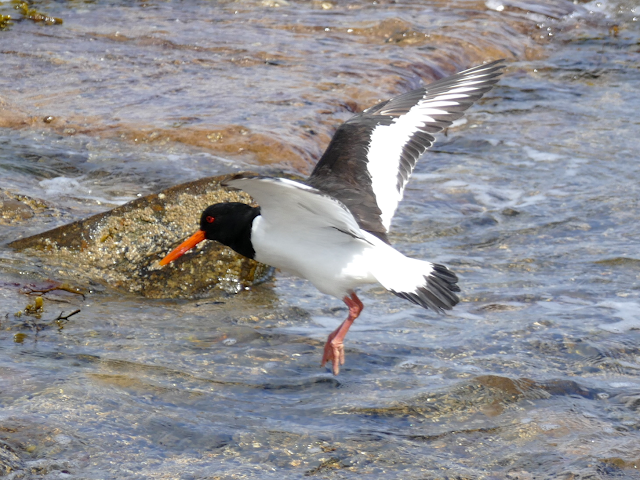 Just before 3pm I hop onto one of Billy Shiel's boats for a three hour trip that includes a full hour on Inner Farne.  With the breeze creating a bit of a swell, we pause close to a small collection of rocks where a group of Atlantic Grey Seals are basking.  I've seen these animals before but I am more than chuffed at just how well this group show from the little boat. 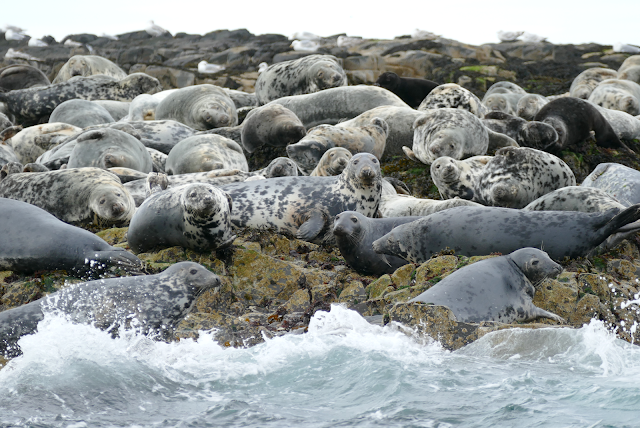 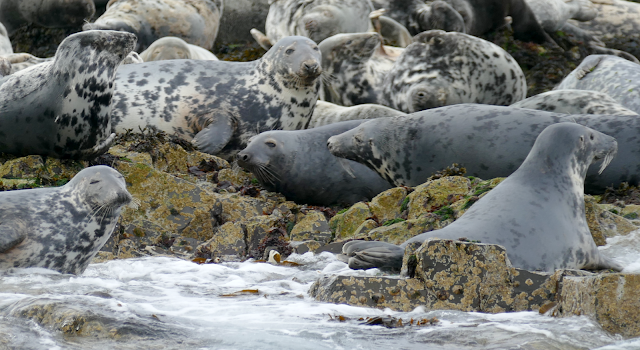 Continuing the cruise past Longstone and Brownsman Islands we moor on the steps at Inner Farne. The fun starts straight away as I run the gauntlet of the Arctic Terns, which have chicks right next to the path and some defend their space aggressively, while others are totally chilled out posing for photos. 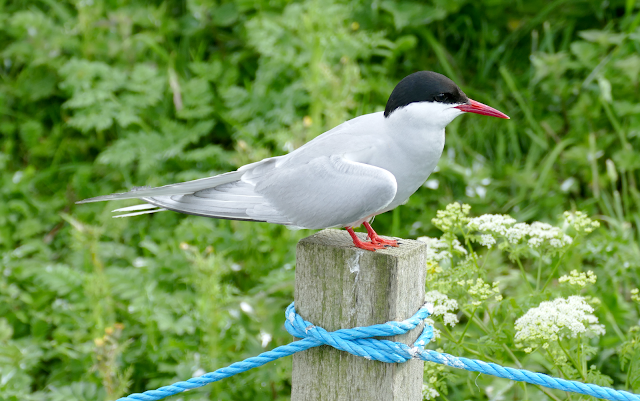 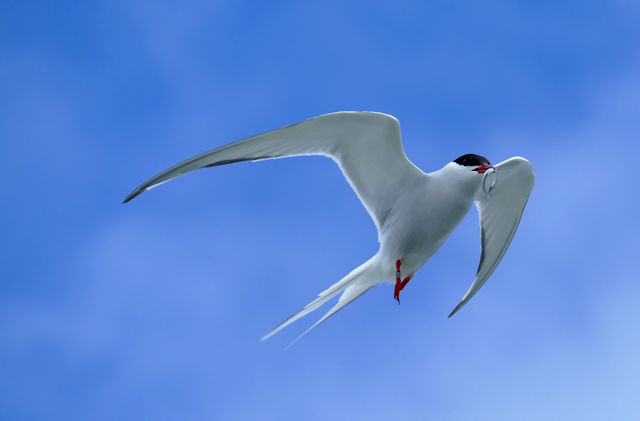 Taking the central path, I pass a small colony of Sandwich Terns, whose chicks are somewhat more advanced than the Arctics and given their large bills are happily breeding at a safer distance, though still quite close.

Continuing on the far side of the 18 acre island, I meet the puffins and the real reason for the trip. Birds are making constant flights overhead returning from their fishing expeditions.  After sussing the situation, I position myself with the light in the right place and with respect to the favoured flight path of the birds.  After a few attempts I eventually clinch a really nice flight shot, with the bill slightly open and with all the settings maxed out, get a shot with the wings caught nice and sharp. 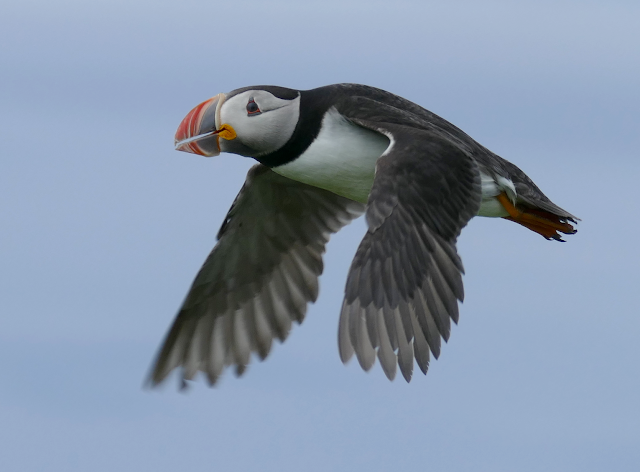 I now wanted to get the classic puffin photo with the bill full of fish.  At the end promontory some birds are alighting right next to the path, just beyond a roped off area.  A bird comes in with a bill full of sand eels and it remains for me to get the money shot.  I had seen Puffins on Inner Farne in early June, but they were further away.  These were simply breathtaking views.  It has to be one of the best hours birding I've done for a long time. 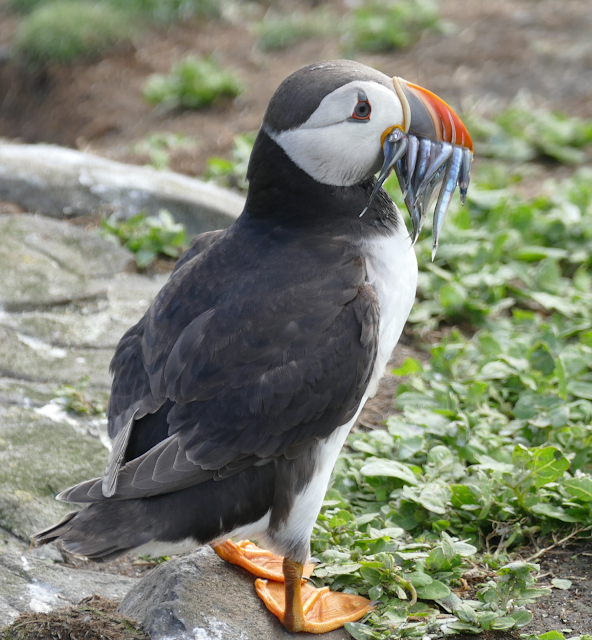 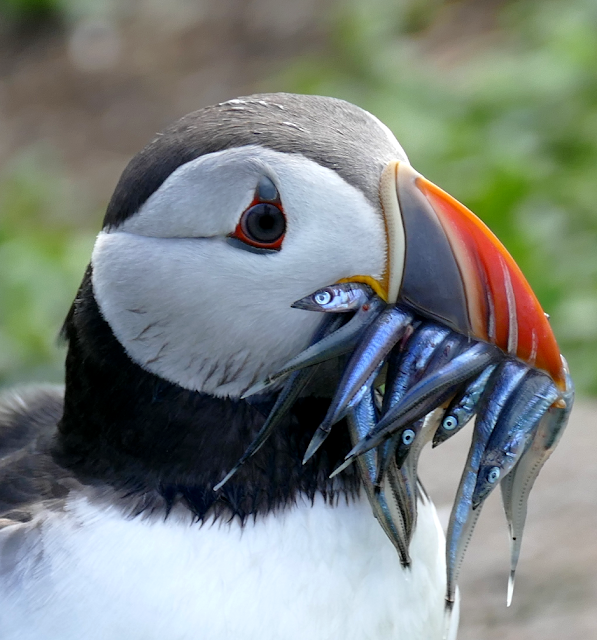 I take the opportunity to get a few images of the cliff-nesting species, which are all showing at point blank range. 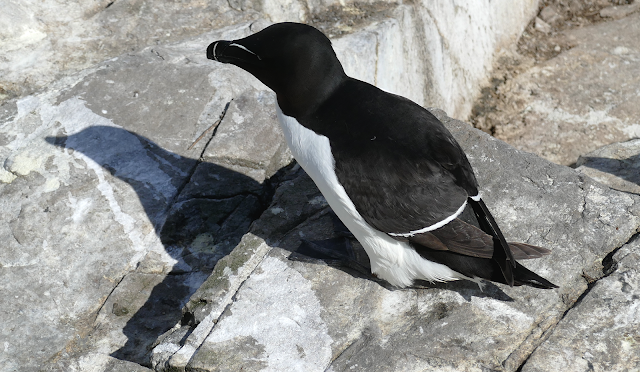 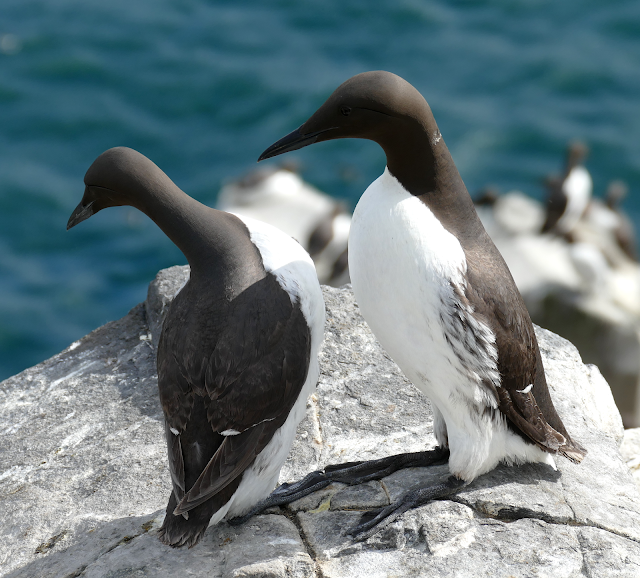 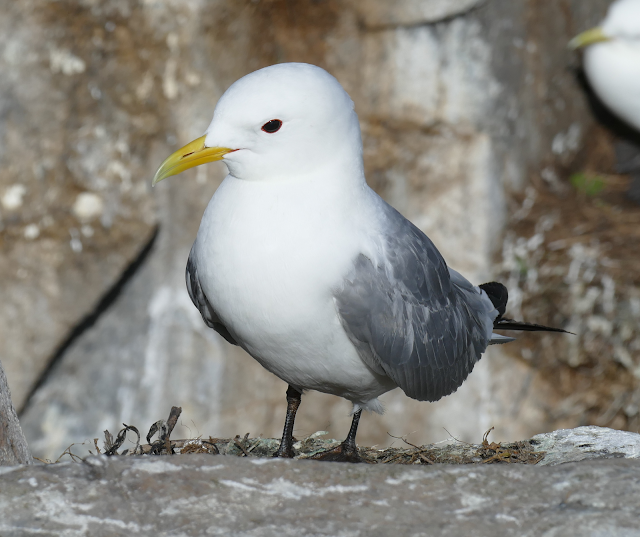 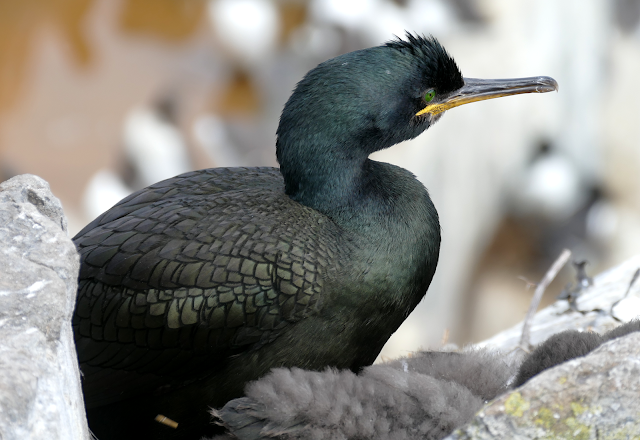 Getting back to Seahouses for 6pm, I have a slap up meal of fish and chips at a local restaurant and feeling tired after the early start, I have a rest in the guest house, before an evening walk and I have a lovely adult Gannet fly right past the harbour wall as dusk approaches. 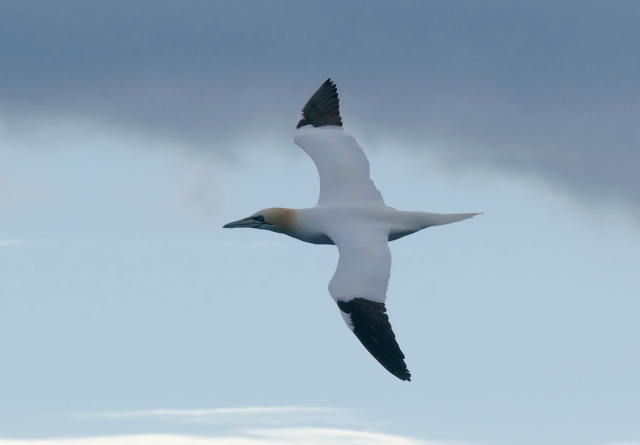 The Sunday starts with perfectly blue skies and I have a pre-breakfast walk to St. Aiden's where House Martins are collecting nesting material on the slippery rocks.  It's so nice to see this species on the ground. 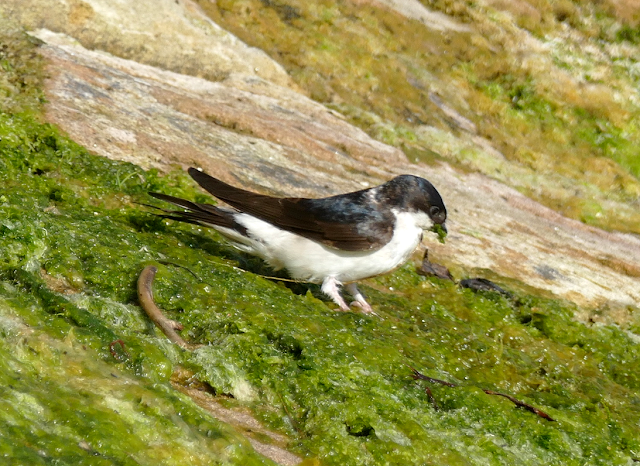 After a cracking full English, I head for the harbour hopefully, but I'm told that the sea is just too choppy to allow landing on Staple Island.  Instead I take a cruise around the islands, which includes sailing almost within touching distance of Staple, where the small and the noise of the birds has to be experienced. 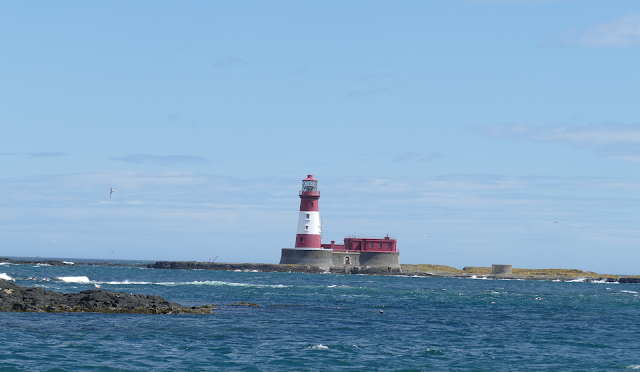 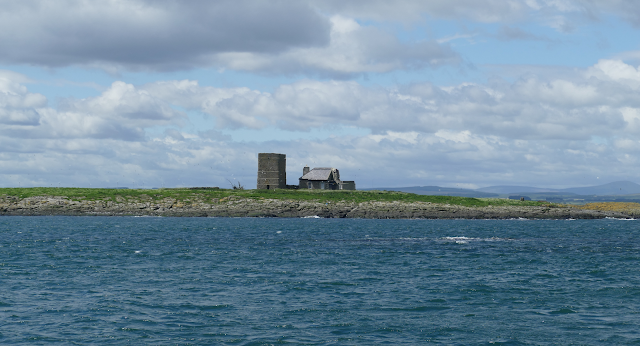 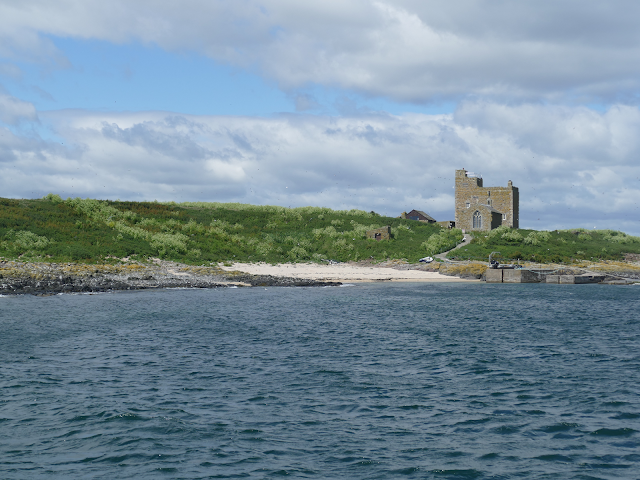 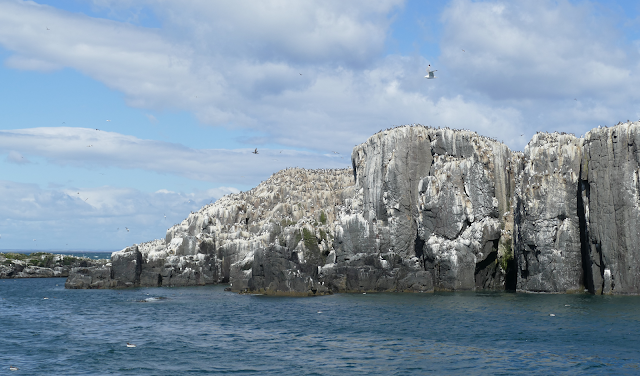 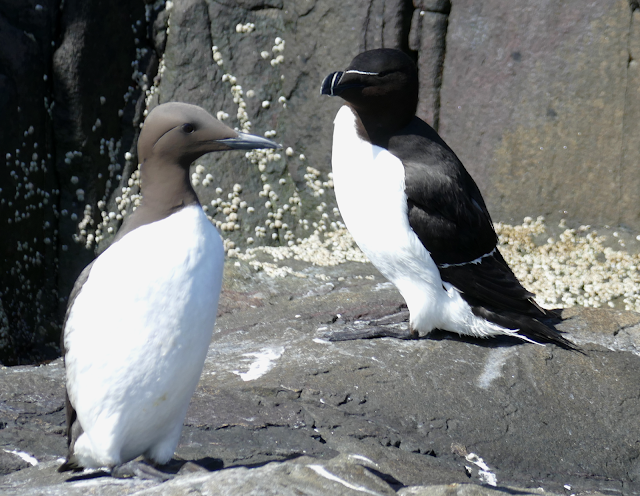